We’re thrilled to have design curators and consultants Andy Griffith and Rose Apodaca guest curating an exclusive collection of art as part of our ongoing Guest Curator series. Read on to discover the role art plays in their lives, the first piece of art they bought as a couple, the artist they’d most like to meet, and the last great exhibition they attended. 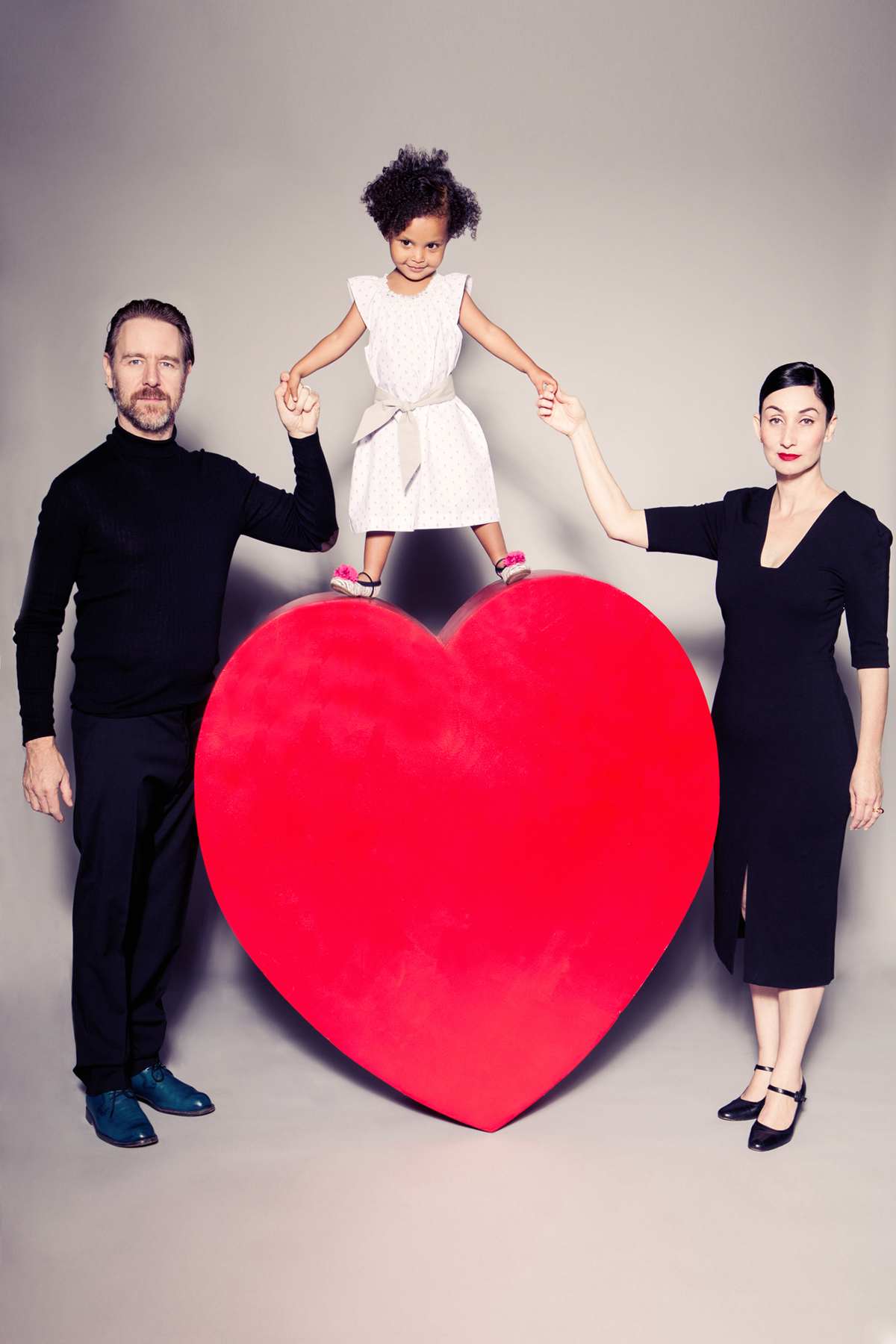 Andy Griffith and Rose Apodaca with their toddler, Nina Griffith, as they appear on their 2013 Valentine’s Card. Previous years’ themes included a Bollywood poster and Nina in wings like Cupid. (Image: Andy Griffith & Rose Apodaca)

When it comes to style, Los Angeles power couple Andy Griffith and Rose Apodaca have it in spades, and the international design community (not to mention Hollywood) has noticed.

Today we marked our 10th year in business by committing to another #decade. New address to be announced soon. #AplusR #storycontinues #nextchapter

Before launching A+R in 2005 with Andy, Rose served as west coast bureau chief for fashion industry bible Women’s Wear Daily and contributed to W magazine. Andy is a former film and video editor in the UK and US, collaborating on projects both independently and inhouse for the BBC, Channel Four, Fox Networks, among others. The two have been married since 2007, and now reside in Silver Lake with their daughter.

The #AplusRGrabNGo inside the #AplusR @districtlabrea showroom. With cool gifts from $7 to $700. Oh…and we wrap. #holiday2015 #giftideas

As a couple, the first piece of artwork we bought was a drawing by London artist Nicola Tyson at a LACE fundraiser auction we attended. We’d only started dating a few months before, but we were already slated to go into business together as A+R.

Our taste in mediums runs the gamut from photography to painting to papercutting to ceramics and illustration.

We’re drawn to color, yet we also love the quiet simplicity in a drawing involving nothing more than pencil and paper (During a trip to Paris just before we met, Andy bought a sublime drawing called “The Pillow Gaze” by Christine Rebet), and, certainly, the richness of a black and white photograph (One of our favorites is by a late friend William Claxton and features his wife, the iconic model Peggy Moffitt, before she began collaborating with Rudi Gernreich, dressed in a prom dress and seated at a hot dog stand at 3 a.m. It’s magic).

In a couple of paintings we have by Valentin Toledo, a single pop of a color transcends his otherwise black and white work into something vibrant. If there’s anything that connects the mix throughout every room of our house it’s that each piece has an energy to it. You can sense there is nothing passive about the artist behind each piece.

T is for #THANKYOU to @nytimestravel for #spotlighting #AplusR in its #Travel section story on #LaBrea as a #risingstar destination for #shopping, #design + eating. Gratitude to writer @shivanivora + lensman #JoeSchmelzer for getting it right…just wish there'd been room for all our incredible neighbors! @treasurbite #ShivaniVora #welovecolor @nytimes …Read it here http://nyti.ms/1KToEYY

Our personal style is not unlike our public style showcased in our A+R stores or online: we embrace bright colors, new design, fun.

Whether it’s a table or a drawing, we especially appreciate a small detail of quirkiness. It doesn’t have to be blatant. In fact, sometimes it doesn’t work when it’s so obvious. But we love a tiny twist.

Rose’s sister, Blanca Apodaca, painted a portrait of her with a pencil moustache; and of the two painted illustrations of Rose by Ruben Toledo, one is of her as a single rose with the leaves as eyes! It’s a treasured thank-you after an evening when Andy made a sushi feast at our home in Silver Lake for the incredibly talented Toledos.

Celebrating 8 years today since we tied the knot (2 years after we opened #AplusR!). Bound by #love, #design + #lifeunedited.

Since we met in early 2005, we’ve been developing two collections: one in ceramics; the other, photography. Of course, each has a focus.

On our first trip to London together that winter, we bought a group of very untraditional white glazed and terracotta jugs by young Portuguese artists inspired by the traditional water jug.

We’ve since added several pieces by our friend Adam Silverman, some in collaboration with wood turner Alma Allen, and another rare piece of clay “stitched” in bright yarn by Adam’s wife, the artist Louise Bonnet.

Adam surprised us with a pot made from the ashes he collected from our beach bonfire that had raged on the night of our wedding in Mexico in 2007.

On our anniversary annually, we add another photograph to our growing collection of images involving food and drink (two activities we engage in heartily!). We celebrate our sixth wedding anniversary this month (September), so we’re trying to zero in on something now!

Our room runneth over! More than the 120 limit inside the #WME screening room for tonight's talk with #Moby, #ShepardFairey + #AplusR's @roseapodaca #happeningnow! #lifeunedited #lavieenrose #red @Zeitguide

We’ll weigh in separately, even though that actually means two pieces! Each one might come from a craft tradition, but has been elevated to art. Neither is modern, but speak to a very basic instinct:

Andy: An oversized pot by my mother, who was an accomplished ceramicist; it now resides at her home in the Welsh countryside.

Rose: A duck egg my mother cut into a pointed slipper with a tiny functioning drawer inside that opens with the tiniest of gold latches; the entire egg slipper is covered in an intricate pattern of Swarovski crystals. She now keeps it in a glass cabinet in her home in south Orange County. I can have it, she teases, after she’s long gone.

We can do without many furnishings in our home. But art? Never. While we love all the windows looking out to the world that are such a wonderful feature of our sunny home, a 1951 post and beam, we’re constantly fretting over the lack of wall space!

#SpringCleaning is happening at #AplusR @districtlabrea! Sofas, dining tables and this array (as modeled by @lundlou) are just a few items marked down up to 50%. #Validated #parking behind the store. #sale #discount #design

We both can’t resist switching between books at the same time, and we’re now nose deep in:

Andy: Proust and the Squid: The Story of and Science of the Reading Brain by Maryanne Wolf; Corto Maltese: The Ballad of the Salt Sea by Hugo Pratt; and Ready Player One by Ernest Cline.

Rose: Far From the Tree by Andrew Soloman; and OK: The Improbable Story of America’s Greatest Word by Allan Metcalf

What was the last great exhibition you attended?

James Turrell at LACMA. We wouldn’t mind living with one of his monumental works!

The streets of L.A. with all its artist billboards and murals. What a great way of exposing art.

If you could paint, draw, sculpt, photograph, etc., which skill would you most like to posses?

We’d simply like to possess more funds and space to collect more art! 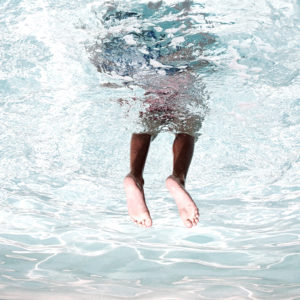 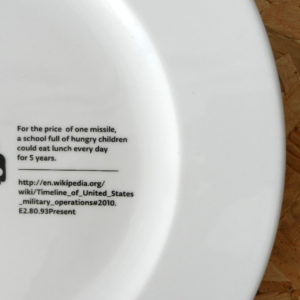 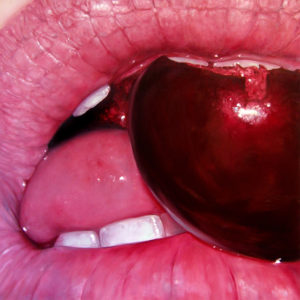 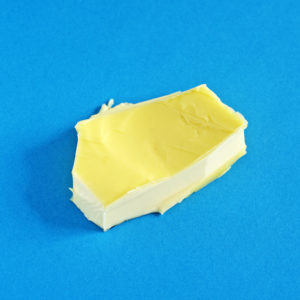 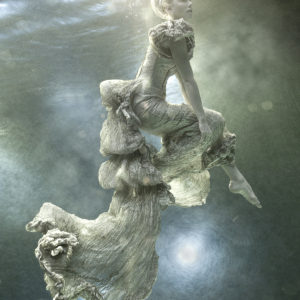