We’re thrilled to have renowned artist Alec Soth guest curating an exclusive collection of art as part of our ongoing Guest Curator series. Read on to discover where he finds inspiration, the first piece of art he bought, the artist he’d most like to meet, and his favorite museum and gallery.

After a couple of weeks away, today I came home to find a bust awaiting me from the artists Niccolò Benetton and Simone Santilli – aka The Cool Couple. ⠀⠀⠀⠀⠀⠀⠀⠀⠀ As it happens, my #Unselfies were published today in the New York Times Magazine with a nice little essay by Sam Anderson: ⠀⠀⠀⠀⠀⠀⠀⠀⠀ "You have never actually seen your face — not truly, from the outside, the way other people see it. This is because of a nonnegotiable quirk of the human anatomy: You have to use your own face to look at your face. You are both observer and observed." ⠀⠀⠀⠀⠀⠀⠀⠀⠀ – link to full essay in my Instagram bio

Alec Soth is a photographer based in Minneapolis, Minnesota. His photographs have been featured in numerous solo and group exhibitions, including the 2004 Whitney and São Paulo Biennials; Jeu de Paume, Paris; Fotomuseum Winterthur, Switzerland; and the Walker Art Center, Minneapolis. His first book, Sleeping by the Mississippi, was published by Steidl in 2004 to critical acclaim. Since then he has published several books and also runs his own publishing company, Little Brown Mushroom. Alec is a member of Magnum Photos and received a Guggenheim Fellowship in 2013.

I bought a drawing from the local art college’s art fair.

Since I’m a photographer and deal with the medium all day long, I don’t want to live with photographs at home. In fact, I don’t hang a single photograph at home, only paintings and drawings.

I've been thinking about doing a series of pictures of random stuff that accumulates on my desktop but nevertheless takes on some sort of tenuously shared meaning. After posting a couple of pictures on Instagram last week, I picked up a book by Kate Albers called Uncertain Histories: Accumulation, Inaccessibility and Doubt in Contemporary Photography. "How can photographs so vividly capture specific moments," asks Albers, "and yet, at the same time, tell us so little?" ⠀⠀⠀⠀⠀⠀⠀⠀⠀ In a chapter called 'Cultivating Uncertainty,' Albers quotes a master of literary uncertainty, W.G. Sebald. In discussing his reasoning for using photographs as the basis for much of his writing, Sebald explains: "You have a very real nucleus and around this nucleus a large empty space." ⠀⠀⠀⠀⠀⠀⠀⠀⠀⠀⠀⠀⠀⠀⠀⠀⠀⠀ So much of photography is about letting the viewer wander around this empty space. Of the many gallery invitations I've received recently, none has opened up that space more than Fraenkel Gallery's invitation for Nicholas Nixon's new show: About Forty Years. The front of the card shows Nixon in 1973 whereas the back is a self portrait from earlier this year. The viewer is left to ask how a boy who parted his hair so carefully might have turned into such a man. ⠀⠀⠀⠀⠀⠀⠀⠀⠀ On Google Books I blessedly found the entire interview with Sebald about pictures of people aging: ⠀⠀⠀⠀⠀⠀⠀⠀⠀ "You cannot imagine what it is, this slow dissolution of life over many decades. And that this is something absolutely monstrous to me: having to witness this and having to take into account the possibility that this real person who is now, in the year 1999, let's say eighty-five years old, back then supposedly was only twenty-two years old. Is something like that possible? Can we get that into our heads? What do we do with that information?" ⠀⠀⠀⠀⠀⠀⠀⠀⠀ #OnMyDesktop

I’d like a James Turrell Skyspace since I’m moving into some sort of spiritual phase in my life.

The more artists I’ve been able to meet, the less interested I am in meeting them. I prefer my imaginary relationship.

Train Dreams by Denis Johnson, I Want To Show You More by Jamie Quatro, The Financial Lives of the Poets by Jess Walter.

If 316 amazing backers buy a book that includes 19 pictures of teens and those books are traveling to your doorstep at 60 miles per hour, how many pictures of teens are currently in the mail and how grateful are we for your support? The answer to both questions is ALOT! Thank you!!!

This morning I listened to The Decemberists.

An exhibition of portraiture at Pier 24 in San Francisco.

The Pulitzer Foundation for the Arts in St. Louis

Do you have a favorite place you go to for inspiration?

Congrats to @thehaleybonar on her fantastic new album. Thrilled to have my picture on the cover.

If you could give one piece of advice to young artists what would it be?

Make something great before worrying about self-promotion.

What would you like to do if you weren’t an artist?

I’m working on The LBM Dispatch, a series of quasi-journalistic road trips around the US with the writer Brad Zellar. Each trip results in a newsprint publication. Thus far we’ve published  Colorado, Ohio, Upstate, Michigan, and Three Valleys (in California). 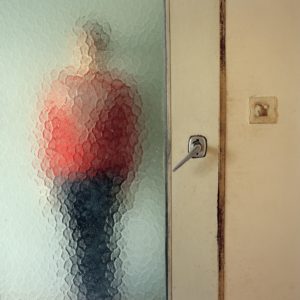 From the series "Between Homes" 710 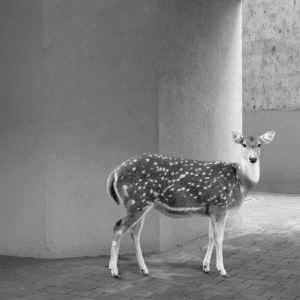 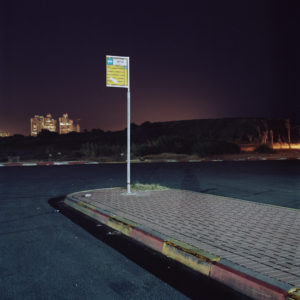 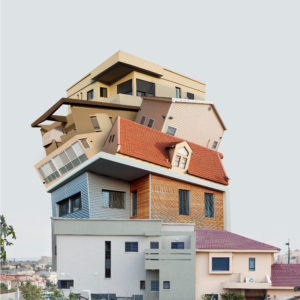