Greek artist Fei Alexeli’s otherworldly digital collages take cues from space-age design, modern architecture, and the sun-worshipping cultural landscape of the American West. Awash in saturated hues, Fei’s juxtapositions of Americana and outer space leave viewers lost in vivid daydreams of pink oceans and drive-in theaters on the moon. Fei studied architecture at Oxford Brookes University in England before pursuing her passion for digital art. In 2017, she was featured in the book Making the Cut: The World’s Best Collage Artists. A frequent exhibitor at the Other Art Fair, Fei has shown her work at the New York, London, and Los Angeles fairs. Read on to learn more about Fei’s inspiration and process.

I’m from Greece and I studied architecture. It was an important period cause the school introduced me to arts,  principles and techniques that I applied later on. Then I started taking photographs, actually I still do. But I was trying as everyone I guess, to capture the perfect moment, but failing in many ways. A wrong element in the scene would ruin the photo.

I couldn’t get the satisfaction I needed, and instead of waiting for these perfect moments to unfold, I decided to create perfect situations. So I started making collages. For me collage is the perfect photograph. I get to choose the parts of the photos that I want to keep, the composition, the light, the position of everything. This freedom gradually evolved in many ways and by the end I was creating a dentist office, surrounded by palm trees on the surface of the moon. There’s no why, the endless possibilities of imagination.

What does your work aim to say? What are the major themes you pursue in your work? Give an example of a specific work that demonstrates it.

I seek magic and surrealism.  I’m interested in creating surreal utopias. They mean a lot of things to me, but I like to think artworks as entities of themselves, detached from the artist and the meaning they assign to them. I think also sometimes if we put words to it, we ruin it. I like things that resist rational interpretations.

I start with an idea, sometimes this is just a color palette that I want to use, sometimes it’s a quote or a song, or even just a feeling, sometimes it’s something more solid, like I have this concept in my mind very precisely structured. Whatever the case, the result always evolves in ways different than what I have in mind. So I could say it starts from a very conscious place and in the process I let go to something more visceral. I need distance from the works, so [during the] process I stop working and then go back, looking at it with a new pair of eyes. It could take a few days to a couple of months to finish an artwork and I usually work in parallel with other works, in order to create a series.

What series or artistic project are you working on next?

Interestingly enough I’m working on a photography project. Lockdown has given me plenty of time to go through my photography archive from my trips. The project is called ShowTown, and it’s taken mostly in deserts, in the American West. I like to think of it as a parallel project to digital collages since Americana, surreal, elusive worlds and escapism are dominant themes here too.

YOU MAKE ME by Christopher Wool. I remember the first time I came across this artwork was while studying architecture in Oxford: I was in the library and I came across an art book. I spent some hours on it instead of working on my projects. I was mesmerized. I kept looking at it and thinking about it. Thinking of the bold text, the intention of the space after the words. Is there a missing gap to fill? Or it’s just that, “You make me?” You and everyone you encounter are actually making you, shaping you.

As I see it now, it was a stepping stone right there. Years later, I was about to leave architecture and become an artist, and that very simple moment acted as one of the stimulants that would shape me into becoming one, so in a way it really made me, if that makes any sense. 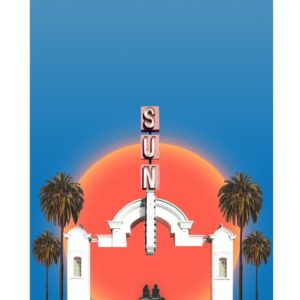 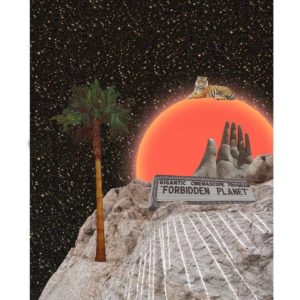 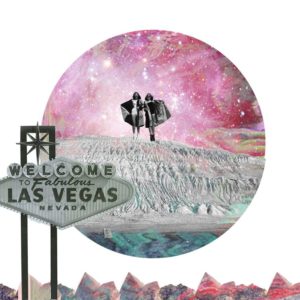 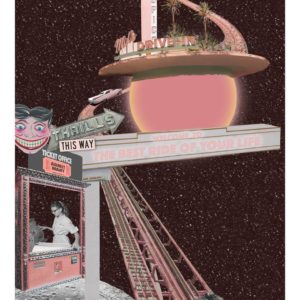 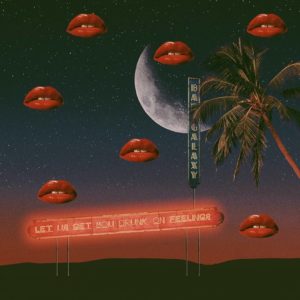