The intense summer weather can have inverse effects even on the most heat-loving individual. Luckily, art lovers can take refuge in an air conditioned museum, where temperatures are kept low to prevent damage to artworks. Even for those wanting to venture into the outdoors but also wanting to stay cool still have ways of experiencing art. 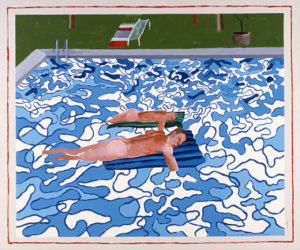 Artists like David Hockney, Pablo Picasso, and Ich Bin Kong have created some of the most artistic pools that you can actually dive in. Read on to take a look at The Best 5 Art Pools inspired by David Hockney’s pools. 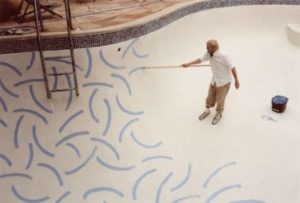 David Hockney painting a mural on the bottom of the pool at the Roosevelt Hotel (Image: Architizer)

David Hockney perfectly captures what it is like to lazily lay at the pool in a haze of heat. Although he is known for his numerous paintings of pools, in 1989 Hockney painted an underwater mural at the pool of the Roosevelt Hotel. Shortly after the opening of the pool police officials condemned the hotel pool for closure, citing that the half-moon motif would be distracting to lifeguards on duty. The closure would only be brief, and visitors can still enjoy Hockney’s mural during their stay at the Roosevelt. (Mental Floss, 2009)

2. Jump for my love by Ich Bin Kong 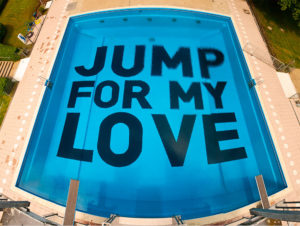 Ich Bin Kong gives words of comfort to the diver descending from the 10 meter high diving platform into the Wiesbaden pool in Germany. In addition to being an homage to the song “Jump (for My Love)” by the Pointer Sister, Ich Bin Kong is interested in bringing messages to unexpected places and bringing joy on a personal level to each visitor. (My Modern Met, 2011) 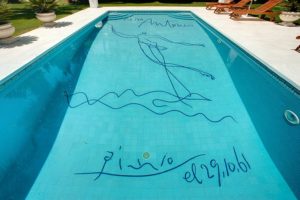 Antonio Ruiz Soler is consider one of Spain’s best flamenco dancers and even performed during Pablo Picasso’s 80th birthday celebration. In 1961, Picasso would go on to paint a portrait of the dancer on the floor of Soler’s pool in El Marinete. (Right Move, 2010)

4. The Floating Piers by Christo 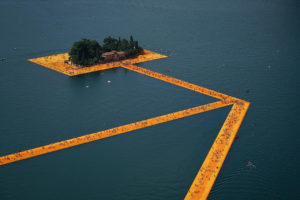 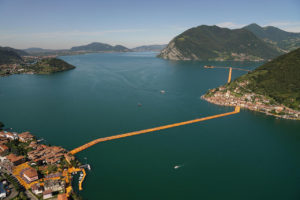 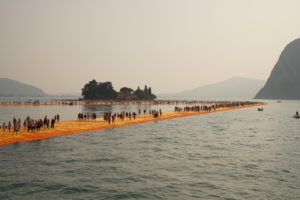 The Floating Piers by Christo (Image: by Wolfgang Volz, © Christo)

Okay, this one doesn’t really count as a “pool,” but this installation is so impressive we had to put it on the list. Christo, of the former duo Christo + Jean-Claude, describes the experience of The Floating Piers as walking on water. The artist first conceived of the idea in 1970. Finally realized on June 18, 2016, an estimated 1.2 million visitors walked the large-scale installation connecting Sulzano to Monte Isola and San Paolo in Italy, during it’s 16 day run. (BBC, 2016; CNN 2016) 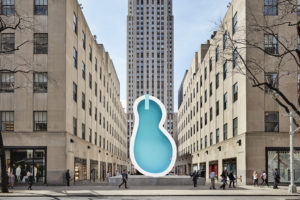 Located at the Fifth Avenue entrance to the Rockefeller Center, Van Gogh’s Ear was created by Berlin-based artists Elmgreen & Dragset. The work’s title alludes to Van Gogh’s despair-driven severing of his own ear, comparing it to the pain one might feel when looking at an unusable pool in the sweltering summer heat. (NYMag, 2016) 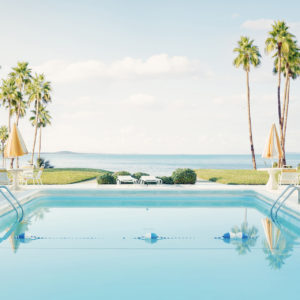 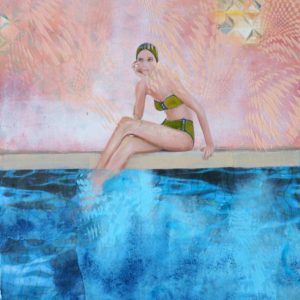 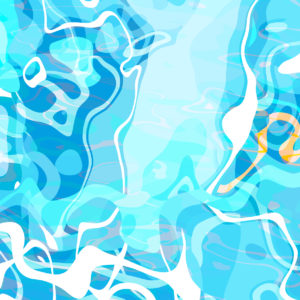 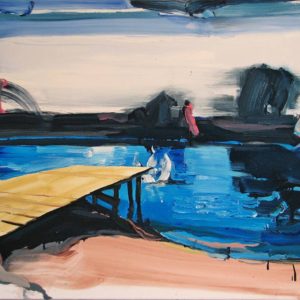 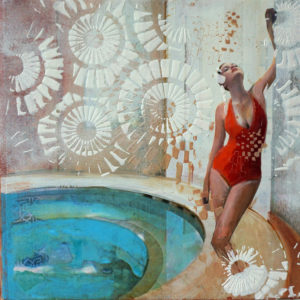 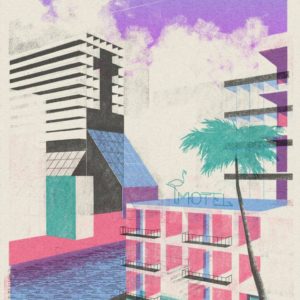 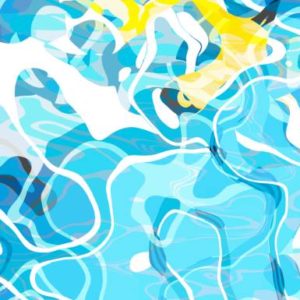 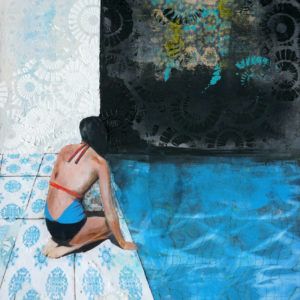 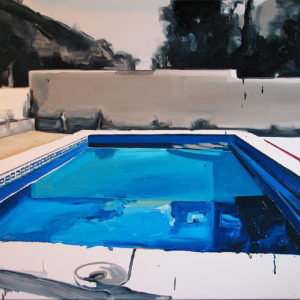 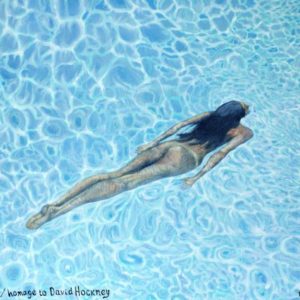 Have you ever wondered what the inside of an artist’s sketchbook looks like? …

Meet the Others: Marek Emczek Olszewski

Meet The Others: Corinne Chauvet

Meet the Others: Karin O

Meet the Others: Allison Bagg