My inner child weighs heavily on the choice of subjects and objects that dominate my paper and canvases. The main, continuously evolving line with paper planes is a prime example that takes an emotional anchor from childhood. It includes an element of positive uplifting connections with a carefree period of my life.

I like to think that despite seeming uniformed, each paper plane is a faceless portrait, a blank reflection of human nature. If placed in the right environment, it is capable of conveying courage, resilience, and inner strength despite its obvious fragile infrastructure. My inspiration also orginates from animation and toy characters that are so good in sealing emotional responses, colours and moods. Some time ago, I became an addicted follower of Noo Dolls makers Instagram account and loved their toy stories in one image. I painted the characters in context of news headlines, movie posters and even taking on a religious story line.

I can’t think of one specific piece advice that would be a game changer. I always followed my own way. I listened to my instincts and aesthetics. Since I began creating art as a career quite late in life, my sense of direction and confidence have already been developed, which helped me to gain momentum relatively quickly with online art curators and other professional representatives. I guess my word of wisdom to other artists who rely on online sales would be to invest in your materials and packaging.

My painting hours are normally from 6pm to 4am every day. I don’t watch TV and music is best for high intensity. Working in silence would be an inefficient loss of valuable time when one could learn something new, since painting its an intuitive process for me. My brain is almost in autopilot mode, which is the perfect state to load new data. Audio books are an intrinsic part of the painting time.

Most of the time, I listen to modern Russian writers or academics. Living in the UK, I feel a little bit detached with my culture. So the top positions in my current book charts are given to Akunin with historical detective stories, Lukyanenko and his living amongst wizards, Chernobyl post-apocalyptic Stalker series, which sprung out of  a famous computer game, and sci-fi prophets of 20th century such as Asimov, Bradbury and Heinlein. I also like fact finding missions and often mix my literature lists with documentaries on megalithic structures and prehistoric artifacts, modern theories of human origins, as well as biographies of famous artists and inventors.

Works for sale by Yuliya Martynova 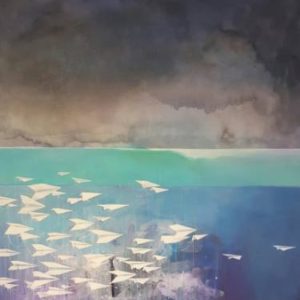 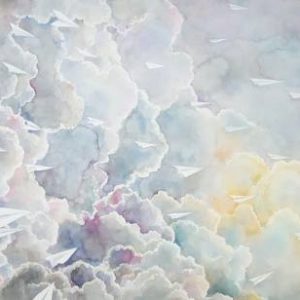 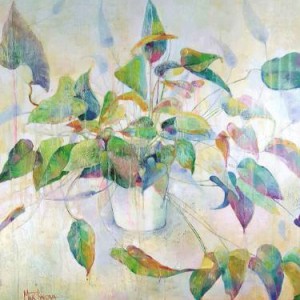 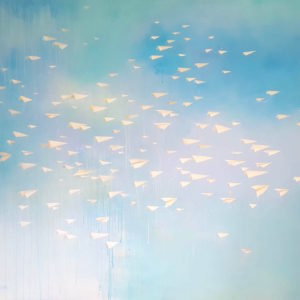 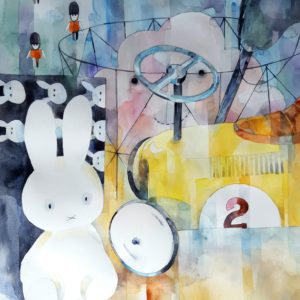