What are the major themes you pursue in your work?
The figurative paintings are leisurely scenes operating as dysfunctional stage plays–artificial arenas of experience cribbed from bits of art history, popular culture, and personal allegory. Color fields function as backdrops of static energy against which the “cast” nonchalantly mingles: placid and bored, unaware of their own interaction with an expectant audience. This sense of waiting imbues the works with present and potential identities and is the defining thematic characteristic of these works: gestalt, modernist simultaneity.

In the graphic paintings, the parable remains the same but is approached from the opposite end. Letters, numbers, patterns and logos are used because, much like the color fields in the figurative paintings, those forms are the primordial moment where abstraction and representation meet. The letters themselves are both wry reference to narrative painting as well as autobiographical avatar (I supported myself through art school by working as a sign letterer in a traditional shop when vinyl lettering was just beginning to displace the craft. Much like painting in the digital age, there was a constant pressure to remain relevant and contemporary while in a perceived arcane modality).

What was the best advice given to you as an artist?
I met the writer Jed Perl in 1993 (he was moderating a panel discussion at The Kansas City Art Institute) who said: “What an artist makes of painting is not so much a matter of freely choosing among a variety of options as it is a matter of making the most of a few intuitions that are absolutely one’s own. Every time a painter paints, we want to see what those intuitions are.” I like this because it creates a standard that transcends notions of form, content, and beauty. It’s an idea that applies not just to my own studio process but to my engagement as a viewer.

Prefer to work with music or in silence?
I’ve been listening to podcasts in the studio lately. I like the candor and the relatability. The non-linear format lends itself to binge listening during long studio sessions. Familiar music can devolve into an indicator of elapsing time. It throws off the timeless casino-like fugue state I try to cultivate.

If you could only have one piece of art in your life, what would it be?
That’s a moving target. I would have to say Jean-Michel Basquiat’s In Italian. It’s from 1983 when he was making the pieces with protruding stretcher bars. I saw it at the retrospective in Paris in 2011, the most impactful show I’ve seen. It revealed his immense knowledge, the way he mixed high and low culture, spirituality and the ordinary, his energy, his anger with injustice, what a great colorist he was, and his courage. That courage, meaning not being afraid to fail and transform paralyzing self-consciousness of self and cultural predicaments into confident recombined culture, is in part a reaction against the alienation of Minimalism. His works are generous, sophisticated documents of process and visual pleasure.

Who are your favorite writers?
Dave Eggers, Jonathan Franzen, and David Foster Wallace, admittedly predictable proto-hipster fiction stuff. As far as art writers go, I have limited patience for academic art criticism, but Dave Hickey is a joy to read. His writing pairs intellectualism with curiosity and everyday wonder and looks at the common visual world with an understanding of fine art, connecting the two nicely- and he’s got a great sense of humor. He’s officially retired but his Facebook posts are publishable little gems.

Works for sale by William LaChance 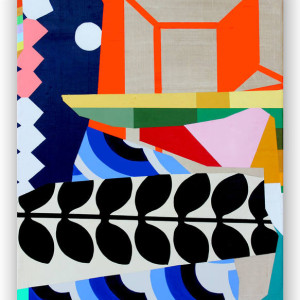 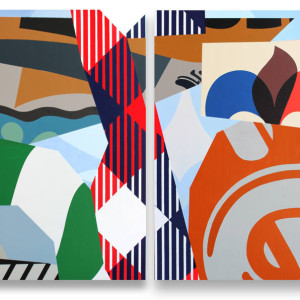 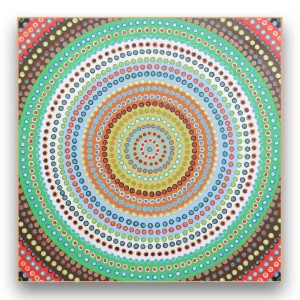 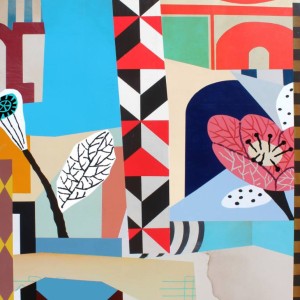 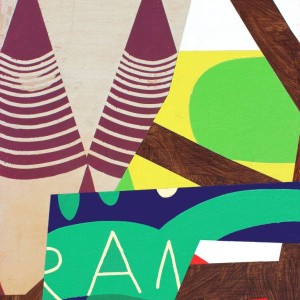 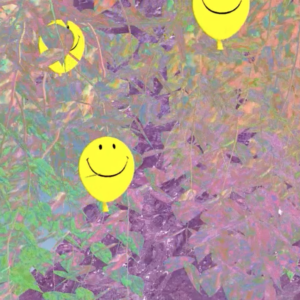 It is unsurprising that Op art, based upon its very name, is an extremely …