My work respects creativity above everything else and starts in the academy, where it was influenced by artists such as Basquiat, de Kooning, Velazquez, and Rembrandt. Among others I found Davila’s daring work with colors delightfully entertaining, due to its compilation of different images which inspires creativeness, which I admire in the form of his artistic representations.

The characters that I create, build an oneiric universe, similar to those established by Severo Sarduy in his literary work. The livelihood of the situations are settled by the position and color that I give to each of them, whereas the background acts as a facilitator for the interpretation of the scene in the painting and also aesthetically creates the optical reading.

When referring to the abstraction of the work, I try to lead the focus over a perception of the real object, so that later the critic discovers that it is the contrary of what he thought he had perceived.

Aesthetic and perceptual possibilities collide in my work, therefore the framework of my art is its inherent encyclopedic parameters.

In order to detach myself from the living characters that I am painting, I start with the creation of microcosms or staging, in which I build dramatic scenes which will, most likely, inspire and be used in my next work.

The advice came from my grandmother. As I was tempting my artistic luck sewing clothes, she would always say, “don’t sew, PAINT!”. It took me a while to understand that I was a better painter.

I like to listen to my favourite artists’ music, and then several hours pass by and I realize that I was not paying any attention to the music as I was completely taken away whilst I paint.

I love too many artworks, and in order to have them all, I would have to own  an art museum. Instead, every time I travel, I organize my time to visit the galleries and  museums where painters like  De Kooning, Basquiat, Kiefer, Velazquez, Rembrandt and many more who inspire me are exhibited.

As per literature, in general I feel more inclined towards historical novels, and authors such as Santiago Posteguillo,  Robert K.Massie, Julia Navarro. I also love Cuban writers, such as Severo Sarduy with his novel, Pájaros de la Playa,  Alejo Carpentier, Reinaldo Arenas and poet Gabriela Mistral among others.

Works for sale by Veronica Byers 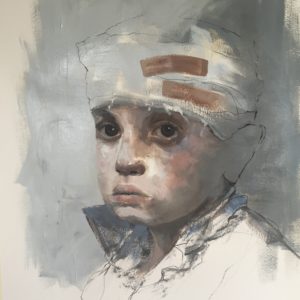 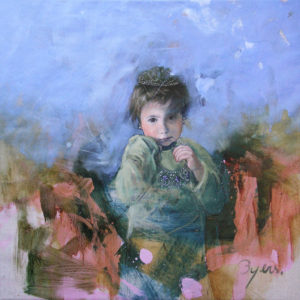 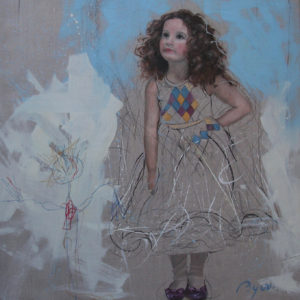 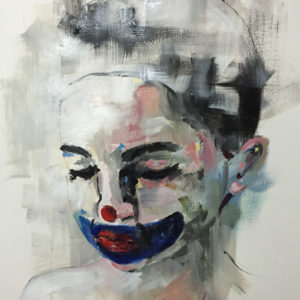 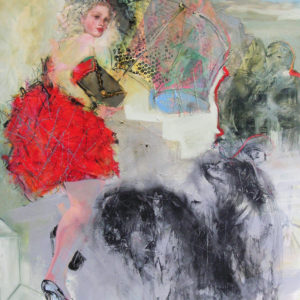