The inspiration for my paintings comes from my sense of total wonder and awe at the age and magnitude of the earth’s extreme landscape and the sun’s light that plays on it, where human existence can only appear small, trivial, and ephemeral in comparison. I love the exquisite sense of solitude and isolation the landscape gives, but also the perspective of feeling so insignificant and powerless in comparison.

I apply the canvas with layers of plaster and oil in order to represent the many layers of the earth’s sediment, scraping some back as I work. Then I add layers of translucent oil colour, each dry before the next, over a copper pigment. This is done in an attempt to capture the ethereal, elusive light on land, as it reacts, refracts, moves and dances, through the many different lights of the day, and also as you move around the painting.

Being an artist can be lonely on several levels. When an artist begins to pursue a living in the arts, it can be seen as possibly selfish and even irresponsible, especially if you and your family’s livelihood relies on your success. There can also be pressure to conform to a trend, to compromise or even give up. When I am doubting or struggling, a quote a friend showed me by Mary Oliver reminds me why I’m doing what I do: “The most regretful people on earth are those who felt the call to creative work, who felt their own creative power restive and uprising and gave to it neither power nor time.”

As painting can be quite isolating, I like the chat and trivia of a radio station in the background and on occasion, loud, moving music. I’ve always maintained that I couldn’t work in silence, but in reality, I quite often find that while I’ve been so totally absorbed in a painting, the music has stopped a while back and has gone unnoticed.

So many pieces I would love to have, but if it absolutely had to be just one, then it would be Whistler’s Nocturne: Blue and Gold, Old Battersea Bridge. I simply could never tire of looking at it.

Who are your favourite writers?

Whistler again, I recently read again his writing, The Gentle Art of Making Enemies…. wonderful stuff, especially the court transcript for Whistler vs Ruskin. Also, a little late I know, but I’ve just discovered how amazing Tolkien is, and I’m currently reading The Lord of the Rings.

Works for sale by Louise Fairchild 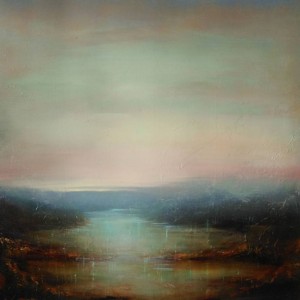 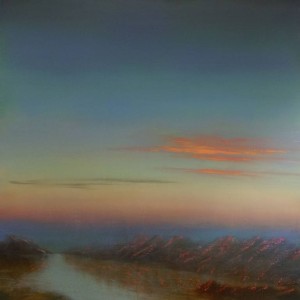 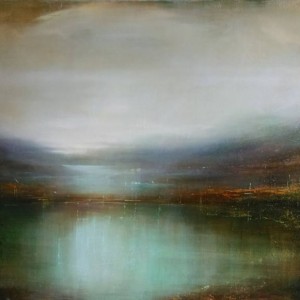 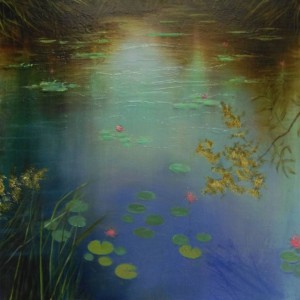 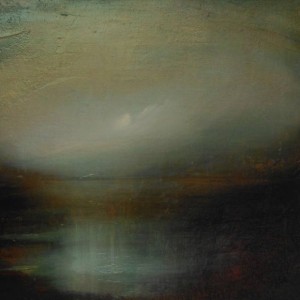