After turning to architectural photography rather recently (2012), I received many acclaims to my first works, as they were said to bring new perspectives into this genre. To achieve the special look my works have, I attempt to depict the structures the way the original architect had it in their mind during the design just by utilizing available natural light. My pictures obtain an intensive sharpness, resulting in a richness in details that brings out – in my humble opinion – the fascination of my pictures even in contemporary photography.

During my early years, I experimented a lot around photography. Later I came to shoot weddings and other events, followed by fashion and body photography, I finally found my destination in architectural photography in its entirety. Dropping image manipulation over time while increasing color and detail fidelity, both factors eventually stroke a happy medium on my works in architectural photography. By reducing colors while increasing contrast at the same time, I achieve very high color and detail fidelity.

In the majority of my works, this results in the viewer believing to see a stitch, shifting the photography to a higher level. Perhaps you could call it virtual reality. I tend to blend both the art of painting and photography in my works.

My first attempts in manipulation led me to color and detail fidelity in fashion photography, so I started to blend both methods. My first works in this context were not eyed up on the same standards as my current ones, as I gained these through my experience over time. With architecture I can now have a more creative way than before, because there are less requirements to obey.

I start by testing different settings in vertical and horizontal shifting on the camera to create a large and stitchable image of the motive I want to depict later. This way I can already create different viewing angles during the first shooting. The resulting image “tiles” will be puzzled together in digital post-processing. Afterwards I apply different filters to find the lighting effects most suitable for the motive. Searching the web for similar shots of the building and gathering information about the original architect helps me depict some of their perception into my work.

The architecture needs to be consistent with my way of image processing, so this first stage usually takes a couple of days – not just working on a computer, but also examining and judging the first proof. Sometimes lightning strikes me on a single work and I consider it done instantly. My wife’s opinion on my work is always appreciated, but can sometimes result in endless discussions. Even works I abandoned for being unfinished months ago, sometimes get excavated and deemed to be completed by having a new view on it at the time.

My photo shooting at Louvre, Paris, while it was closed to the public. Being all alone – well, except some security guys and the Chargé de mission – in this amazing building was overwhelming. During ART Cologne 2016 I had many conversations regarding my works and comparing them to works of other artists of various genres. Those have been very inspiring to my work.

99 Cent by Andreas Gursky J. To my consideration, this piece of art is outstandingly ingenious in its banality, although there was a lot of post-processing work involved to actually make the picture appear banal.

Works for sale by Jo Fober 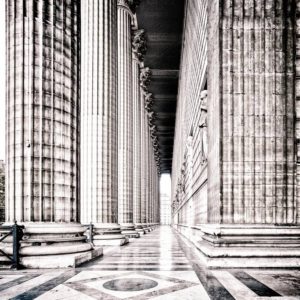 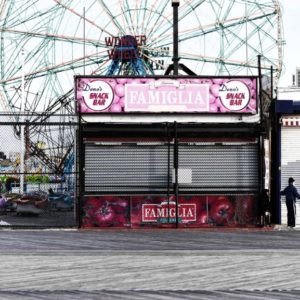 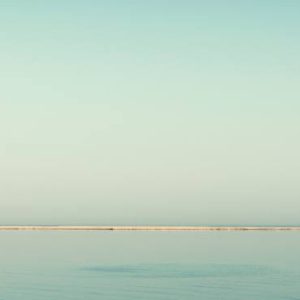 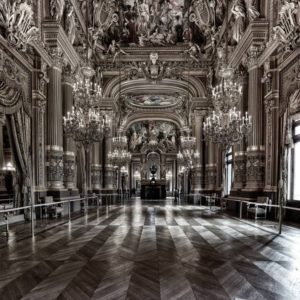 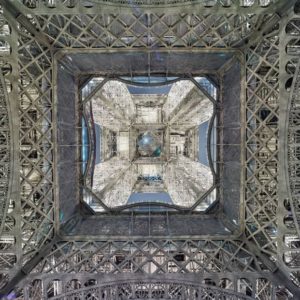