Favorite material to work with?
I paint with acrylic on canvas almost always, but sometimes I mix techniques using an oil bar or pencil. I try to work with the highest quality of materials. I hope that future generations will be able to see my artwork in good condition.

What themes do you pursue?
I like all kind of themes but usually paint with a sense of humor or irony. I like darkness too, I see the black color as symbol of magic and mystery, it really fascinates me.

How many years as an artist?
I decided to be an artist (or something like that) when I was ten years old. Since 2008, I’ve taken it much more seriously, but I´m still not a professional.

Where is your studio?
My studio is in a building where rooms are rented out.  It´s only a place to work, nothing else.

What was the best advice given to you as an artist?
My art teacher once told me,“In a painting you can do what you want, you are free.”.

Why do you make art?
Because I want to say something else or in a different way rather than being in silence. And because I know how to paint.

Art school or self-taught?
I went to art school but I think it wasn’t really necessary. The most of the times I learned much more by myself.

Tattoos?
I don´t like them, but I recognize that some people looks great with it and with some piercing.

Prefer to work with music or in silence?
Silence.

Succulents or cigarettes?
Cigarettes. I know, I have to give up.

Favorite smell?
The jasmine at night.

If you couldn’t be an artist, what would you do?
I would probably be exactly like now but much boring.

Were you popular in high school?
I belonged to the misfits group. Nine Inch Nail´s fan, acne, drawings, buff… what times those were!

Astrology or astronomy?
I prefer something easy as astrology. One question leads to another until the infinite, that´s the world of science.

Which living or dead artist would you most like to meet?
Goya when he did the black paintings. I think he did a real step forward in the 19 century.

Figurative or abstract?
I like both. I love mixing figurative and abstract, I think it gives more dimensions to the painting and more mystery indeed.

Is painting dead?
I suppose we cannot invent something new on a canvas, the painters of 20 century made sure not to leave anything new to create, they did it all. But I think if we come back to the “painting” and create through a personal or creative vision it´s not dead at all. 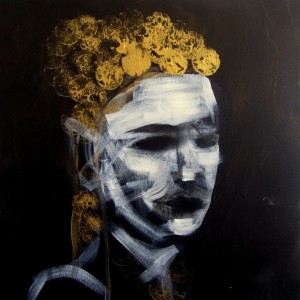 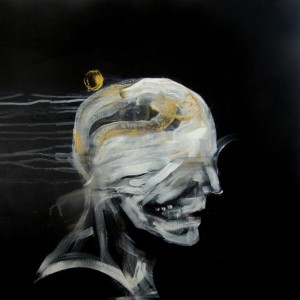 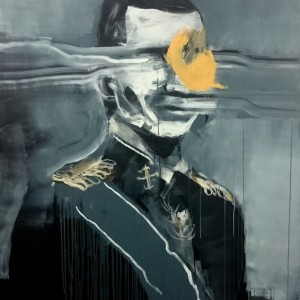 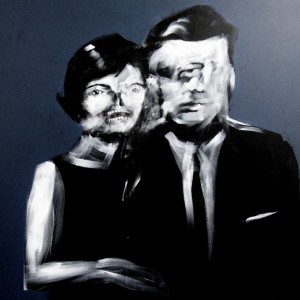 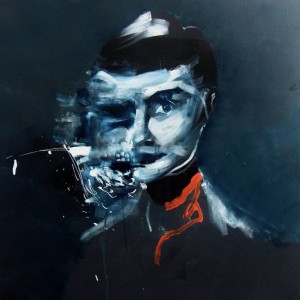