Favorite material to work with?
I am enthusiastic about materials, from oil paint and rabbit skin glue to cedar and Belgian linen. I like to make my own mediums, varnishes, and sizes. I might try grinding my own pigments but for now I use Schminke’s and Windsor and Newton oil paint.

What themes do you pursue?
Urban space, the psychology and ambivalence of it.  How it affects us and how we understand and respond to it as we live and work and move around the city.  What is it like to be in the city?

How many years as an artist?
Since being a painter again, about 6 years but for a long time I worked as a commercial artist in television, they call it ‘motion graphic design’ and when I was an undergraduate I made super 8 and 16mm films as part of the Fine Art degree and before that I was a painter. I always felt like I was a painter even when I wasn’t painting.

Where is your studio?
It is in a big concrete basement under the house in Auckland. There are double doors through to the house so I can seal it off to prevent the smell of turps from passing through to the inhabitants of the house and I can play music as loud as I want.

Art school or self-taught?
Both are invaluable. The art schools I have been to mainly deal with context and theory which is great, but to learn specialist skills and get technical information and learn about materials, I find that I do a lot of my own research.

Prefer to work with music or in silence?
It depends on what I am doing but I like loud music in the studio.  I get totally immersed in a band or musician. At the moment I’m into the English bands Muse, Radiohead, Underworld, Keane. Occasionally I like complete quiet though.

Where can we find you outside the studio?
Walking around the city, walking along the shore, walking through suburbs or through the native forests and along the beaches. Climbing the levels of city car parks. Or playing badminton, lots of badminton.

What’s around the corner from your place?
Some urban areas, cafes and restaurants and also nearby are green areas, a gully on one side with native bush and a bay with a boardwalk around the mangroves and stoney beaches.

What was the best advice given to you as an artist?
Always be working or doing. Even if it’s painting a door or a wall it doesn’t matter as long as you are doing it. Art comes out of doing. Also, my dad used to tell me; ”just make a bad painting,” and his point was that I shouldn’t be concerned with making good art, but instead just be doing it.

If you could only have one piece of art in your life, what would it be?
It’s one that I already have. Does that count? It would be one of my father’s sculptures from 1969. It is a large relief of three figures at the gate of the Garden of Eden. It fixes to the wall, designed to surround a fireplace. I grew up with it and have managed to keep hold of it and ship it across the world to my current house.

Is painting dead?
Nearly, but not quite. Seriously how can painting ever die? I mean, if you look at the huge scope of painting today with the use of inks, laquers, all sorts of coloured liquid stuff in addition to oil paint, and the techniques of applying the paint are so varied as well, you know, rolling, pouring, knifing (if that’s the right word) and so on. And some are making machines that do their painting for them so the definition of what painting is and can be has expanded massively. So no, it will never die.

Palette knifes?
For me palette knifes are for mixing paint and scraping off the old stuff.

Favorite brush?
I use the large flats for their square chiselled edges.

Use anything other than paint?
Pencils, photography, compositiong software and occasionally video but of course all the stuff of a painting including grounds and supports; wood, board, canvas, linen, glue, grounds, sizes are all important.

Works for sale by Matthew Carter 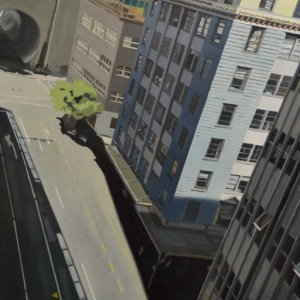 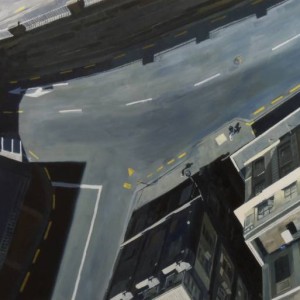 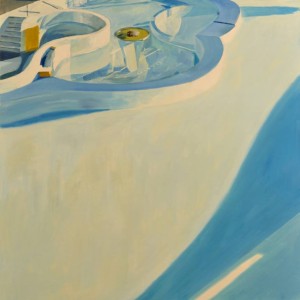 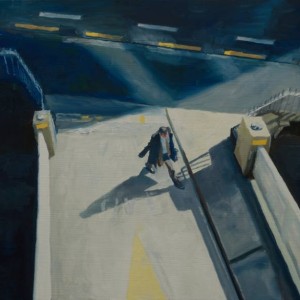 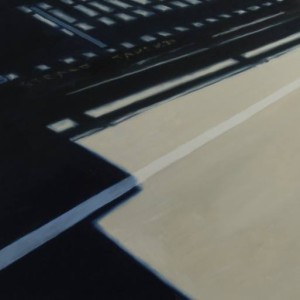