Favorite material to work with?
If I had to choose it would be oil paint but I make small scale studies in watercolour or gouache before I get anywhere near a canvas.

What themes do you pursue?
I certainly don’t have one theme that I am constantly struggling with. This seems like an odd way to work considering the way in which we are image saturated on a daily basis. If I did have to pin it down I would say that the ‘unheimlich’ interests me – the strangeness of the world.

How many years as an artist?
30 and counting.

Sketchbook? Do you use one? What type
I used to use sketchbook a lot in the  past but tended to find the pristine expanse of unblemished white paper intimidating. For years now all my drawings are produced on the inside backs of second hand book which I buy in large amounts and recycle the guts. I find that this works for me and I am now into the thousands. I like the notion that they may be ‘found’ drawings and not my own.

Process> Concept or Process<Concept
Process can drive content and vice versa It all depends on a particular image which comes first.

Most important tool you use?
My brain.

Where is your studio?
One is in the attic and the other in the bottom of my garden. I like being able to wake up and immediately see what I produced the day before. It breaks the illusion quickly that you produced something brilliant the day before.

What was the best advice given to you as an artist?
I was once told by a tutor at university that once you think you have produced a good piece of work and are satisfied with it……that is the moment to get rid of it and start again.

Why do you make art?
Having thought about the options at an early age….. this one seemed right.

Art school or self-taught?
Both. There is only so much you can be taught at art school. If you are interested in painting it’s harder… as very few lecturers want to teach painting, considering it to be redundant so you have to be self reliant and learn the hard way.

Prefer to work with music or in silence?
Usually I listen to past episodes of Coast to Coast Am on my laptop. If you are interested in conspiracy as a cultural phenomenon this programme has it covered. If this gets too much I will listen to Shostakovich or Vaughan Williams….Anything without lyrics…they tend to get in the way.

Succulents or cigarettes
Sitting back in a chair to look at my ongoing painting with a cigarette is a vice that I have sadly not managed to kick for the time being.

What’s around the corner from your place?
The Sea.

Favorite smell?
Pure Turpentine….. A cliché but very true and the Sea.

What could you not do without?
Water.

If you couldn’t be an artist, what would you do?
I don’t know what I would do. I expect I would quickly become lost.

Day job?
I teach Fine Art to students who treat all my best advice with a healthy dose of scepticism and suspicion.

Greatest achievement?
Hopefully this is something that is still ahead of me.

Would you rather be able to make a living as an artist now or become famous after you die?
Now would be good. I don’t believe the cliché about artists suffering in a garret for their art. It’s hard enough thanks.

Traditional or conceptual?
When you look at a lot of contemporary painting you could imagine that the ground that conceptualism made in the 60’s and 70’s had never occurred. I think that conceptualisms positive influence on the trajectory of art is immense and has changed how we perceive art dramatically. Painting however, has a long tradition and depending on where you stand this can be a positive or become a problematic position to inhabit. Personally I feel that the tradition of painting continues to resonate in a positive way. Images created in the 17th or 18th century continue to speak to a contemporary audience but in ways radically mediated by the present.

Astrology or astronomy?
Astronomy. Anything to do with space fascinates me.

Favorite contemporary artist?
Very hard to pick one, there are so many great artists working now…..but here’s a few you might not have heard of; Paul Housley, Eleanor Moreton, Ryan Mosely, Lara Viana, Bernadette O’Toole.

If you could only have one piece of art in your life, what would it be? Philip Guston’s ‘Paw’ (1968)

Which living or dead artist would you most like to meet?
I would like to watch Giovanni Francesco Barbieri (also known as Guercino –Squinter) at work as his drawings are amazing.

Figurative or abstract
Both…and at times somewhere in between.

Photo references
In the past photography played a much more important role in my image making, but found that I always ended up with an image that looked like photography had been its beginnings.

Is painting dead?
I don’t feel painting is dead and It refuses to do so quietly. It has become more marginalised but certainly isn’t dead……yet.

Palette knifes?
Only use one for mixing colour.

Monet or Manet?
Both…. Le dejeuner sur l‘herbe was a ground breaker as were Monet’s series of Rouen Cathedral paintings.

Works for sale by James Quin 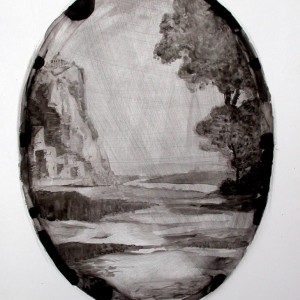 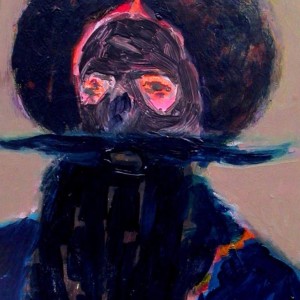 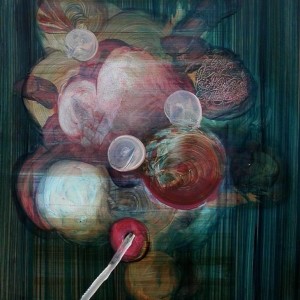 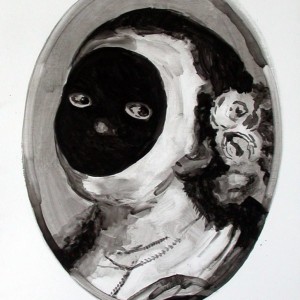 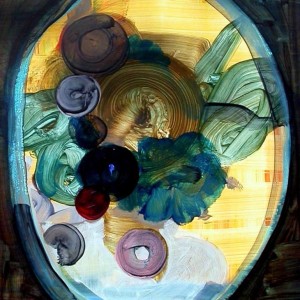