In 1947, Jackson Pollock shook out a canvas on the floor of his barn-turned-studio in Springs, New York. A rugged painter with a storied appetite for alcohol and barroom brawls, Pollock physically worked on and within the painting, stepping across it, flinging house paint, even snuffing out cigarettes on the unprimed, unstretched surface.

The move from a vertically-oriented canvas to a horizontal one was revolutionary: Freed from the conventional upright mode of perception and strictures of movement that come with an easel and brush, Pollock’s process of Action Painting, as it was dubbed, signaled a momentous shift in modern art. The movement, comprised of loosely associated artists known as the New York School, came to be known as Abstract Expressionism. The movement’s drips, splashes, and washes of color would see New York supplant Paris as the capital of the western art world and irrevocably shape the future of art.

At the same time across the Atlantic, however, a similar naturalist style was used by the Nazi party to further their propagandistic ideal of the white, athletic, and obedient German citizen—these ideal anatomical and artistic forms contrasted what the party deemed “degenerate,” a term that encompassed disabled people, people of color, and the whole of modern art—anything that might challenge the fascist’s party’s objectives of racial purity and militarism. As realism became fraught with political ideology, young artists in America turned to the abstract and the unconscious to produce art that resisted any form of sociopolitical reification.

With the opening of the Museum of Modern Art in New York in 1929 and the influx of modern artists fleeing Europe for America during World War II, the new vanguard of American artists absorbed strategies from cubism and surrealism. They shared cubism’s formal interest in basic geometric forms and planes, but they also valued spontaneity and improvisation. Informed by the surrealist notion of automatism, wherein art is created intuitively without prior planning so as to manifest directly from the artist’s unconscious mind, Abstract Expressionists created gestural, looser, messier works unbridled by logic—or even thought.

Pollock did not develop his drip paintings in a vacuum, but as a result of these political and artistic co-occurrences. Two European artists in particular made a direct impact on the trajectory of modern art in America: Hans Hofmann and Arshile Gorky. Gorky was born at the turn of the century in a village in the Ottoman Empire, where his family fell victim to the Armenian genocide. Abstraction became a nuanced vehicle for Gorky’s trauma and memories, and he synthesized surrealism with his own idiosyncratic vocabulary to make painterly, emotionally-charged works that prefigured Abstract Expressionism.

After emigrating to the United States in 1920, Gorky found himself in the circle that would constitute the New York School: he taught Mark Rothko at the New School of Design in Boston; in New York, he befriended and eventually shared a studio with Willem de Kooning; and from 1935 to 1937, like many Abstract Expressionists including Jackson Pollock, Gorky worked as a muralist for the Works Progress Administration.

Hofmann, who had spent time in Paris with the likes of Georges Braque and Pablo Picasso, fled Germany for the United States in 1930, bringing his unprecedented blend of cubist structure and fauvistic color with him. In New York, Hofmann established the Hans Hofmann School of Fine Arts, counting Abstract Expressionists Lee Krasner and Helen Frankenthaler among his students. There, he taught students his “push and pull” theory, which required close attention to the relationship and contrast between form, color, and texture to create depth on a two-dimensional plane. Though this approach sounds intuitive today, at the time it was a pivotal step in the development of painterly abstraction, which relied on color, texture, and expressive brushstrokes rather than the geometry or naturalistic illusion.

To learn more about Abstract Expressionism read on here.

Select Works from Our Inspired by Jackson Pollock Collection 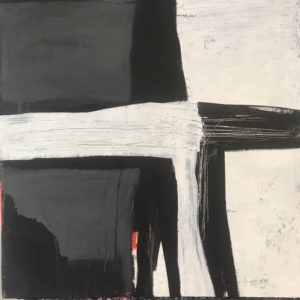 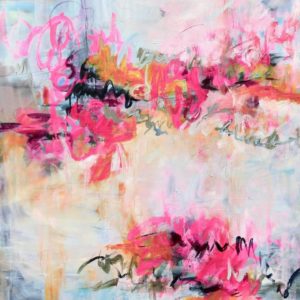 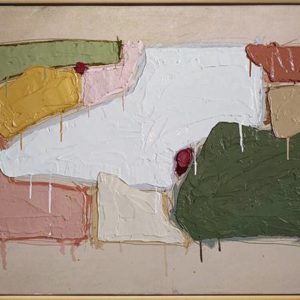 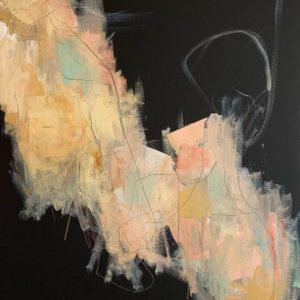 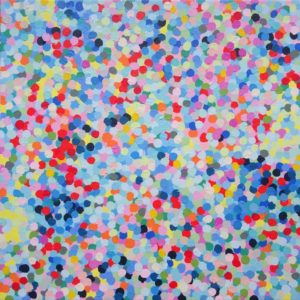