The answer to “What is Abstract Expressionism?” continued…

Rather than asserting a cohesive style, the loose cadre of Abstract Expressionist artists all aimed to use abstraction for personal expression, viewing their works as direct manifestations of their psyches and windows into universal truths. This ilk resulted in such varied works as Mark Rothko’s hazy color blocks and Willem de Kooning’s gestural figures, which fall into the two main veins of Abstract Expressionism: Color Field painting and Action painting, respectively.

Coined by critic Harold Rosenberg upon seeing Pollock’s horizontally-created drip paintings, Action Painting refers to the artist’s direct, nearly symbiotic relationship with the canvas. In this process, according to Rosenberg, the canvas became “an arena in which to act—rather than [a] space to reproduce, re-design, analyze, or “express” an object . . . What was to go on the canvas was not a picture but an event.” As an event, the final work marked a moment in time and evidence of the artist’s physical touch, rather than a calculated, contained representational image.

To use the canvas as an “arena” did not require that the artist paint on the floor like Pollock, but to simply view the canvas as a space liberated from vertical rationality and the logic of representation. Counted among action paintings are the crystallographic compositions of Lee Krasner and Joan Mitchell, and the textural black-and-white paintings by Franz Kline.

While Action Painters physically attacked the canvas with vigorous brushstrokes, Color Field painters explored the expressive potential in color, creating large-format fields of color to explore universal truths, primarily through primitive myths and the Jungian notion of the collective unconscious. Ultimately the oversized fields of color were meant to create a sublime experience for the viewer: Rothko, for instance, used abstraction to express “basic human emotions—tragedy, ecstasy, doom, and so on.” Contemporaneous to Rothko was Barnett Newman, who divided his canvases with sparse strips of color. His 1951 work “Vir Heroicus Sublimis” (“Man, Heroic and Sublime”), is titled to reflect the ambitious aims of his minimal canvases—to distill universal truths into their most essential forms and to overwhelm the viewer with monumental scale and bold color.

Abstract Expressionism emerged as a way to visually explore freedom and individualism—the nonobjective canvases, after all, were the result of the artist turning inward and expressing their deepest truths on the canvas. As such—despite being an antidote to the reification of sociopolitical ideals that came with realism—the movement was not immune to perpetuating its own ideologies, namely artistic ideals of the singular, creative genius. In August 1949, Life magazine ran an article featuring Jackson Pollock, the most recognizable of the Abstract Expressionists, with the subtitle, “Is he the greatest living painter in the United States?” Pollock is photographed leaning nonchalantly, his arms crossed. The painter had become the art world’s James Dean, heralded as a lone, rebellious artistic genius.

But the political and artistic contexts in which Pollock emerged suggest that the art icon is only one piece of a complicated, colorful puzzle: The inspiration for the scale of his works has been traced to the Mexican Muralist movement, and the sweeping organic and bisecting lines of his compositions recall the structure of murals by his tutor, Thomas Hart Benton. It took a World War, a declining regionalist style, and the direct influence of a few European expats for Pollock and Abstract Expressionists to seize the art world when they did, and then forever reconfigure our understanding of art.

Select Works from Our Inspired by Jackson Pollock Collection 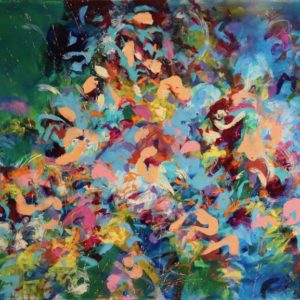 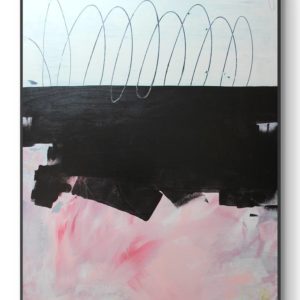 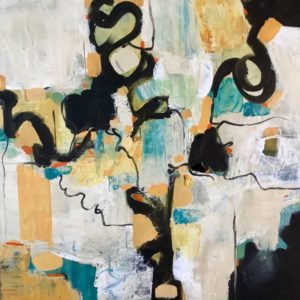 Cast A Line In My Direction 950 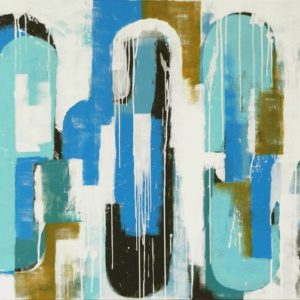 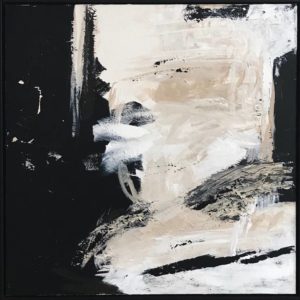