How does it feel to stand upon the crest of a mountain looking into the valley below? The grandeur of nature and man’s humility was the focus of the art practice of Caspar David Friedrich. Working in the 19th century, Friedrich defined the German Romantic Movement with a majestic and mysterious lens on nature.

Born in northern Germany in 1774 to a family of ten children, Friedrich was encouraged to sketch from an early age. He later studied at the University of Greifswald where he was influenced by Ludwig Gotthard Kosegarten, a Luthern theologian and pastor. Kosegarten believed that the natural world was a direct revelation from God, and that the artist should mediate between this world and the afterlife by providing contemplation on God’s natural wonders. Friedrich then moved to the Academy of Copenhagen, where he entered a rigorous art education and began browsing the Dutch landscapes of the 17th century. These early influences shaped his iconic style that even today inspires the same contemplation and wonder.

The Romantic movement of the 19th century challenged the rational and logical Enlightenment view of the world. This movement touted that individual sense and emotions were equally important ways of interpreting the world. Friedrich embraced this movement and celebrated the power of imagination in the romantic landscape. He captured bright mountain vistas, broken Gothic structures shrouded in fog, and scenes of darkness. All of his works are intended to be allegorical, often highlighting the insignificance of man in comparison to the grandeur and power of the natural world.

Although he was supported by patrons through most of his career, in his later life the thrill of the Romantic Movement faded, and Friedrich was somewhat forgotten. It wasn’t until the 20th century, that Friedrich’s work was re-discovered by the Norwegian art historian, Andreas Aubert, who brought his works to light for modern scholarship. Edvard Munch, Max Ernst, and other surrealists came to view Friedrich’s works as a source of inspiration. Even today, contemporary artists look to the mystical landscapes as a guiding example for creativity and humanity. 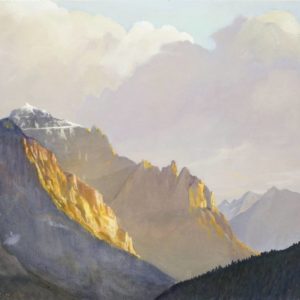 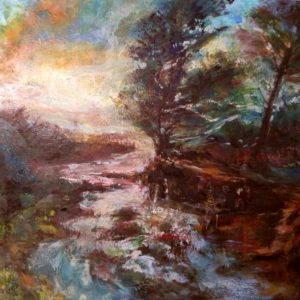 Light Shines in the Darkness 2,599 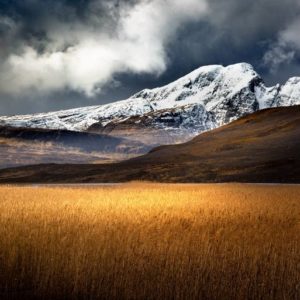 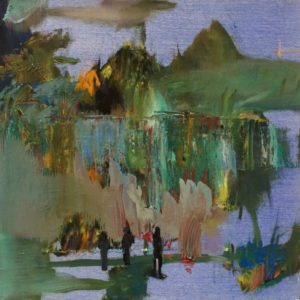