art aesthetics began life on Instagram in 2015. It’s grown to encompass an online magazine with reviews, articles, and exclusive interviews on established, emerging, and yet unknown artists from across the world. Its mainstay remains criticism, specifically of an academic bent. Follow art aesthetics on Instagram and read the full version of their article on their insightful website. 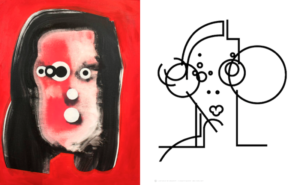 Cesar Finamori’s fictional portraits are influenced by the “outsider art” of Henry Darger. Whereas Darger’s artworks-cum-writings depicted the Vivians against a backdrop of bewildering violence, Finamori’s are depicted against a backdrop of action painting, intimating violence. Crucially, their essential features are then entirely abstracted. Finamori’s portraits suggest Wilhelm Worringer’s Abstraction and Empathy (1907) if the flattening of each visage is related to the contradictory “urge to empathy” that characterized the strangely neutered effect of the equally affected Darger. Finamori’s artworks are not only visually striking, but deeply involved in modern aesthetic and philosophical currents. See more of Cesar’s work. 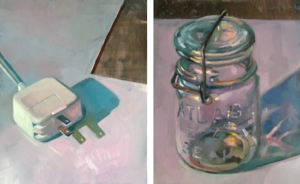 Carl Grauer’s still lifes depict the ordinary, lost and found objects of our contemporary material culture. It’s been argued that our contemporary culture is preoccupied with memory. Andreas Huyssen’s Present Pasts (2013) argued that since ‘the 1980s, it seems, the focus has shifted from present futures to present pasts, much unlike, say, Sara Zaher’s new media prints below. The acclaimed professor focusses on the comparatively monumental, rather than the humbler and lowlier forms of artistic expression such as the still life. It’s precisely this modesty and lowliness that makes Carl’s paintings so convincing. See more of Carl’s work.

Sara Zaher’s new media prints offer an acerbic and cynical diagnosis of our contemporary condition. Indeed, they revel in it and are desperately, desperately, funny. She lampoons our obsession with social media in a vaporwave-esque and seapunk aesthetic. If Claude Lévi-Strauss famously drew upon Marcel Mauss’ The Gift (1925) to posit reciprocity and exchange as the fundamental relationships that structured society; Zaher’s Follow for Follow comments upon its contemporary, ersatz, mutation. What’s your Poison reframes this mutation as worse than ersatz: it’s now junk, for junkies. If each print is a critique, each also revels in the condition they’re supposed to be critiquing. Her diagnosis is desperate, cynical, and correct. Her prints are also terrifically smart-arse funny and definitely collectible. See more of Sara’s work. 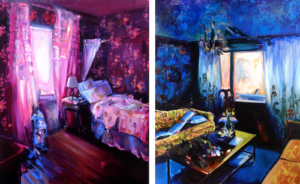 It’s tempting to describe Ekaterina Popova’s canvases as sites of conflict. Importantly, these conflicts are not between the armies of men. Rather, each painting marks the struggle between the unruly paints and their nominal superior: The paint brush. Occasionally, the brush wins and the colours imperceptibly arrange themselves from tone to tone, slowly revealing the quiet stillness of a neat and tidy room. More often, the colours win and force the brush into a frenzy of lurid pinks, purples, and blues. See more of Ekaterina’s work.

Anne Vandycke says, “[the world] is violent and smooth at the same time.” Her artwork revolves foremost around a single concept, duality. art aesthetics found it difficult to keep up with Vandycke during our brief exchange. Her responses to our questions were almost as abstract as the paintings themselves. Clearly, she’s possessed of an inimical and analytical mind. It’s what makes her, her. It’s also what makes her paintings, her paintings. Ultimately, they’re unique and collectible because of the analytical preciseness with which Vandycke explores her chosen concept. We chose Vandycke’s works for this very reason. See more of Anne’s work.

Read the full version of this article and discover more about art aesthetics’ 5 Must See artists.

Meet and buy work directly from all of these artists at The Other Art Fair New York June 1-4 at the Brooklyn Expo Center. 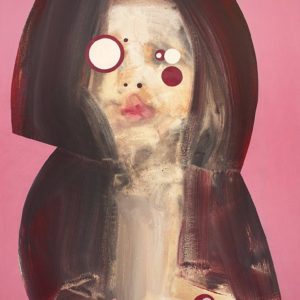 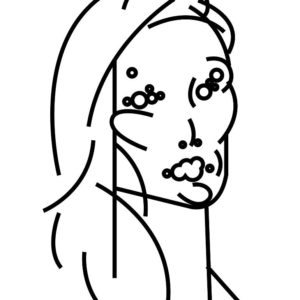 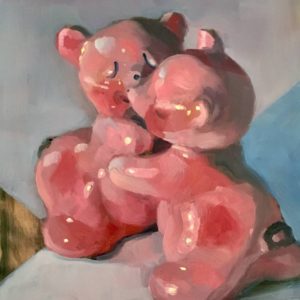 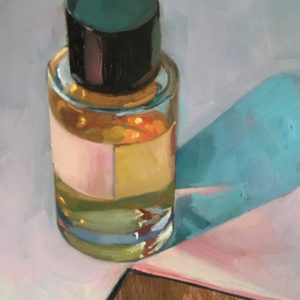 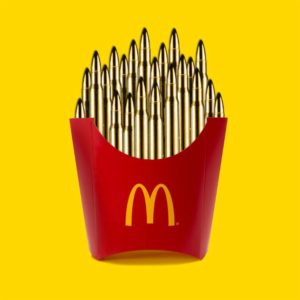 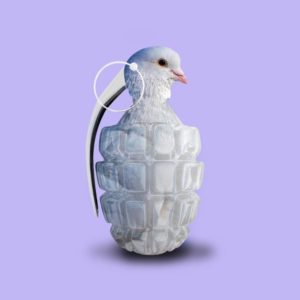 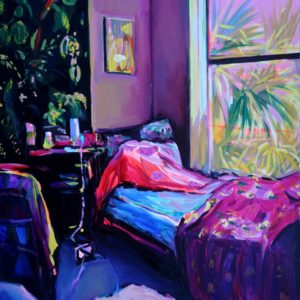 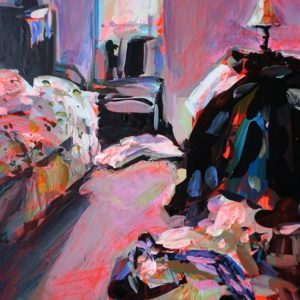 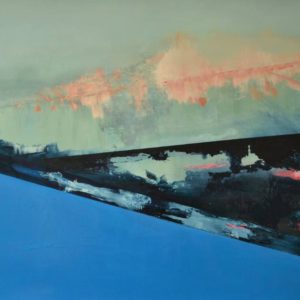 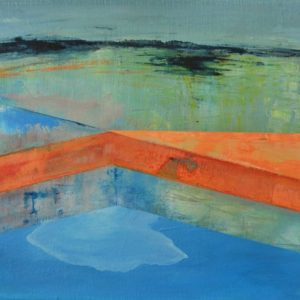