London: art aesthetics’ 5 Must See Artists at The Other Art Fair London

art aesthetics began life on Instagram in 2015. It’s grown to encompass an online magazine with reviews, articles, and exclusive interviews on established, emerging, and yet unknown artists from across the world. Its mainstay remains criticism, specifically of an academic bent. Follow art aesthetics on Instagram and read the full version of their article on their insightful website.

Elaine Kazimierczuk’s paintings are composed of a thousand glances—from the scene to the canvas to the scene to the canvas. It’s as if they contradict one another yet remain authentic to their own glance. Later, the same dynamic in the studio—from the newly printed source materials to the canvas to the photographs to the canvas. It’s wonderfully rare to grasp so concretely the intermediary position of the artist in her environment and works. It’s not just a canvas; rather, it’s an incredible recording device that goes far beyond what any camera could imagine. See more of Elaine’s work. 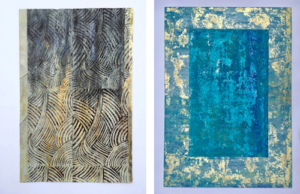 There’s a shop-front on Columbia Road where they’ve stripped away the paint revealing layer upon layer of colour—enough to rival the famous flower market that takes place there every Sunday. McLeod’s Shield (2017) doesn’t excavate this sort of half-forgotten past. Instead, it imagines a past in the application of layer upon layer of gouache and metal-leaf. It’s not there to be re-discovered; rather, it’s artificially and artistically built up over hours of the artist’s own time. Shield is therefore described as an ‘[i]magined artifact’ or ‘ancient sun disc’. It reimagines the very concept of the antiquity in a vein of myth with romanticism. McLeod’s ‘ancient sun disc’ suggests that we’re gazing at the forbear of someone or other’s saintly halo. His Shield seems to occupy the same space as Percy Bysshe Shelley’s ‘Ozymandias’ or Sigmund Freud’s Moses and Monotheism (1939) in that they similarly imagine—even, fantasise—an object from an antique land. McLeod’s faux-antiquity also intimates what’s been lost ‘after the plundering, years of neglect and souvenir hunting,’ and reminds us that ‘all that remains are fragments of architectural and decorative surfaces.’ See more of Alan’s work. 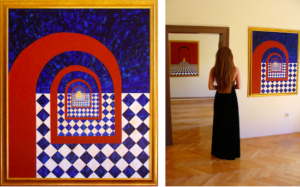 Zeljka Paic attended Banja Luka’s Faculty of Architecture and Civil Engineering and then enrolled at the Academy of Fine Arts before emerging with the ‘Golden Award’ for best student in 2015. She’s an ingenious mix of sciences and arts. She pairs the word ‘imagination’ with ‘reason’ when she writes to me about symmetry. Paic’s works toy with the same dichotomy of her formative years at the Faculty and Academy. Other Perspective (2017) might be twelve bluish rectangles floating in space; or, a modernist vision of the metropolis with its perspectival lines extended ad infinitum while glowing as if to form an electric star at the centre of the canvas. Or, perhaps it’s a cross? Her paintings ask the viewer to re-think the meanings and crossovers of the humanities and sciences. See more of Zeljka’s work. 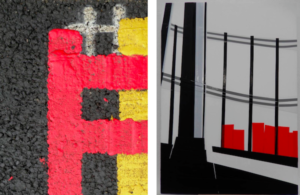 Karen Wood isn’t just an ‘artist’ but an ‘urban explorer’ who conjures art out of the mundane road markings that we abide by—without ever properly seeing—every day. Her Way Through (2017) successfully distills the experience of walking the city into white, black, and blue. It’s a really pristine reduction of the cacophony of the city into one of its possible purer forms—not through the eyes or artist’s vision, but through the actual movement of the body through the built environment. See more of Karen’s work. 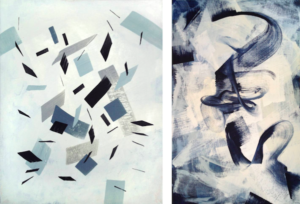 Milinkovic’s musical tastes intimates the same struggle as her art: for our existence in the society and culture into which we’re born and in which we’ve got to carve out our own place.  She enjoys listening to Tibor Szemző’s Wasser Wunder (1982) as performed by the Hungarian ensemble, Group 180. ‘[F]or me, it defines an approach to contemporary abstract painting, simultaneously lyrical and structured.’ Similarly, I suppose that every mark upon the canvas is meaningless, until you’ve arrived at the finished piece—or at least, until you or someone else decides that it’s finished. And yet, it’s only with this finished piece in mind that the first mark is made. Milinkovic’s paintings evoke this same dialectic of freedom within society, the place of the lyrical within structure. In a way, its place is already marked out and the process of painting seeks to arrive at that place. Milinkovic’s prodigious output is almost a testimony to this remarkably human process.

Meet and buy directly from 130 emerging artists at The Other Art Fair London, 5-8 October at East London’s Old Truman Brewery. Buy your tickets for the fair now. 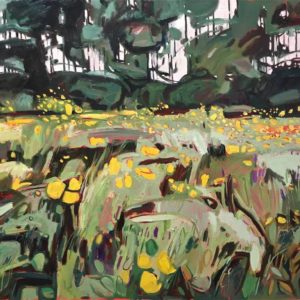 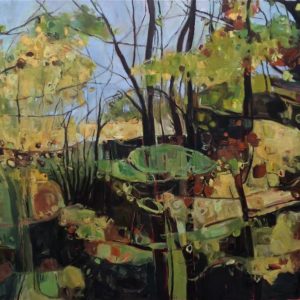 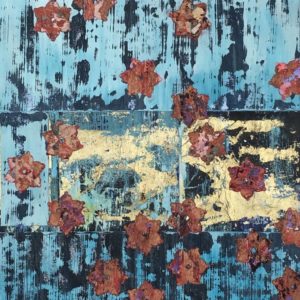 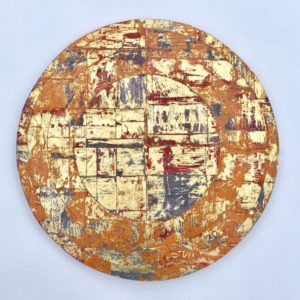 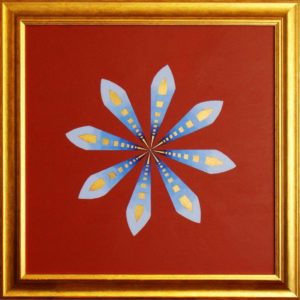 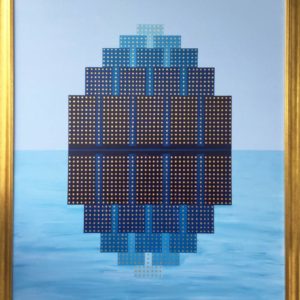 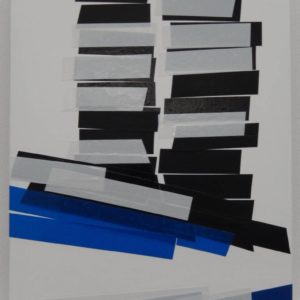 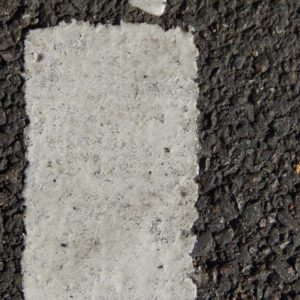 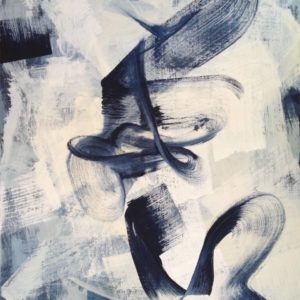 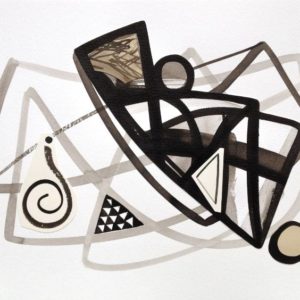