London: A stunning collaboration between Delphine Lebourgeois and Elisabeth Lecourt

The Other Art Fair veteran artist Delphine Lebourgeois is teaming up with newcomer Elisabeth Lecourt to create some truly remarkable and unique works of art for the upcoming fair.

How did the collaboration come about?

Delphine contacted Elisabeth a year ago after being approached by a gallery in South Korea where she was exhibiting at the time.
They realised subsequently that they lived down the road to each other and had quite a lot in common. 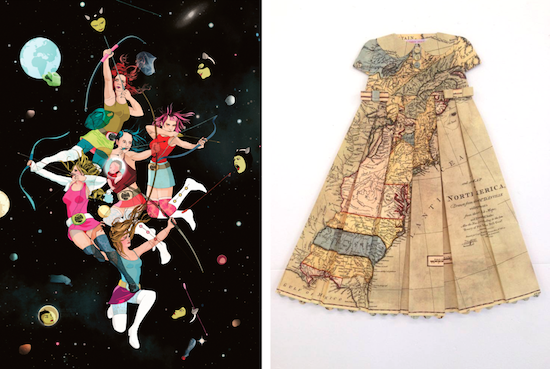 What are the similarities in Delphine and Elisabeth’s work?

Because they both work with paper and their subject matters share a femininity and a concern for childhood, Elisabeth soon suggested that they tried to create a piece together. She had just finished a collaboration with artist Dimitri Dzneladze which they presented in a studio preview and Delphine loved the unusual character of these joint pieces. The idea of 2 worlds colliding, the communication brought by 2 different visual languages.
Elisabeth’s neat pleated dresses interested Delphine particularly as they contradict the little girls in Delphine’s images who often behave mischievously. She instantly thought of creating an image that would play with this contradiction…
Skateboarding, with its large movements and sense of freedom carried the dynamic Delphine was after and also conveyed the notion of girl empowerment that is so relevant nowadays and important to both of them. 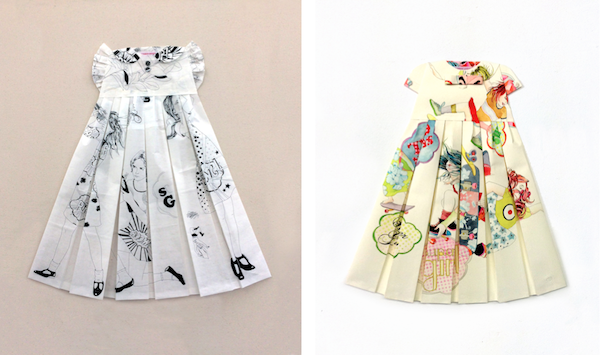 How did they have to work differently to collaborate?

Most of my images work around a narrative with often a single element that acts like a key to the story and gives the image its focus. For this project I had to think differently: I knew parts of the drawing would disappear in the folding of the dress and I was adamant to not being prescriptive when it came to the bits Elisabeth would keep or leave out. The work had to be incomplete for the collaboration to happen
There was an initial rough which had to be given up for this very reason. It was depicting 5 or 6 little scenarios with lots going on and too much focus. It had to be set aside because the image worked by itself and therefore left no space for a collaboration.
When Elisabeth picked up the drawings from me, I had no idea what she would make of them and the surprise element was an important part of the process

“It was like magic to see the final pieces for the first time.”

Artwork by Delphine and Elisabeth 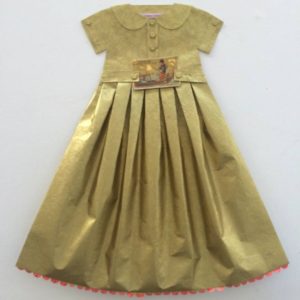 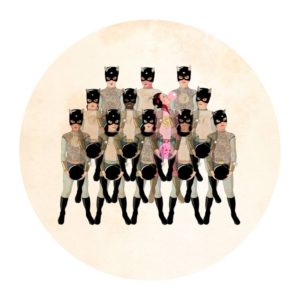 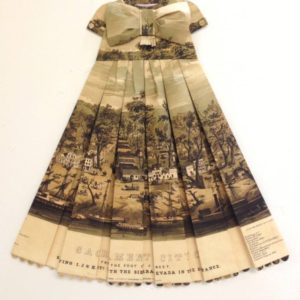 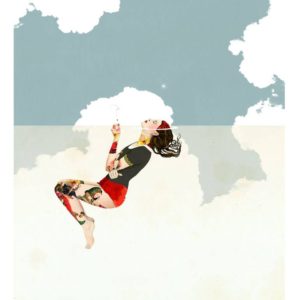 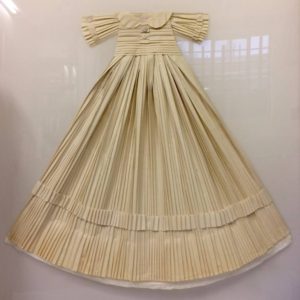 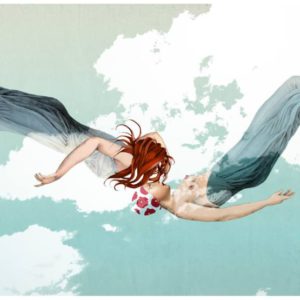