Not many Pennsylvania based painters cultivated their passion undercover during the Chinese Cultural Revolution. Furong Zhang along with millions of other civilians where forced in to manual farm labor under Chairman Mao Zedong’s rule. However this didn’t stop Furong Zhang from pursuing his love for art. 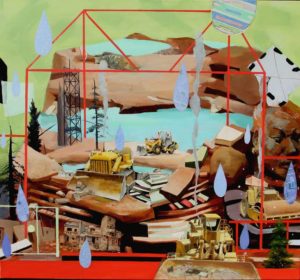 What was it like trying to pursue art during the Cultural Revolution?

I was in third grade when the Cultural Revolution began. There were no books to read except Chairman Mao’s book,  luckily I could have painting as a companion. After entering middle school, I participated in the painting club at school. At that time, I envied a classmate because his brother was doing stage art design in the troupe, he had a few hidden Soviet traditional art catalogs. From time to time, he would show the painting club and it would  shock us because we never saw those art styles before (we were surrounded by Mao’s propaganda paintings). We really felt a deep hunger to know what “real” art looked like! After graduating, there was no higher education system and with thousands of others, I was sent by the government to labor on a farm on the outskirts of Shanghai. I am especially grateful to my middle school art teacher for giving me the two Soviet Academy of Fine Arts catalogs (forbidden books at that time) that I have used as my “teacher” on painting while at the farm for three years. Even after a tough day of labor work I keeping drawing as more as possible.

In 1977 after the Cultural Revolution ended and the college system was recovered, I was eager to pursue an oil painting major at university. At that time, if was highly competitive to be accepted to art school, only about 40 art students were accepted by Shanghai Normal University. I was thrilled to be accepted and able to attend the school the first year college reopened. 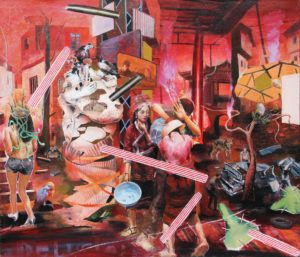 Can you tell us a bit more about your experience exhibiting at the China Avant-Garde art show in Beijing?

At that time, China was starting to open their doors to the world. Everyone was thinking about where the Chinese contemporary art ship would sail. A trend of cultural innovation has surged in major art colleges and societies. During my MFA program at the Central Academy of Fine Arts, I participated in the “Chinese Youth New Year Exhibition in Progress” at the National Art Museum of China. Different than a traditional art show, young people began to try various new languages, incorporating western contemporary styles that they were now exposed to, and beginning the new trend of Chinese art called “ ’85 New Wave”. My painting in the exhibit, influenced by both Chinese primitive art style and western painting styles, attracted some local and national attention and was published on the cover of the only art magazine in China at the time.

In 1989 I was invited to attend the Chinese Contemporary Art Forum held in Huangshan. Hundreds of artists and curators met together to discuss and prepare China’s first avant-garde art exhibition, which was at the National Art Museum of China. I had two works in the exhibition, one was an oil painting, and the other was a mixed medium installation that I collaborated on with artists Sun Liang and Fei Jing. The entire exhibition was suspended due to the famous Xiao Lu’s shooting incident, but it left an important imprint in the history of Chinese contemporary art. At that time, I was looking forward to the opportunity to explore the development of my own art in conversation with Western contemporary art. Shortly after the exhibit I accepted by the Skowhegan School of Painting and Sculpture in the United States and then, moved to America and opened a completely different journey. 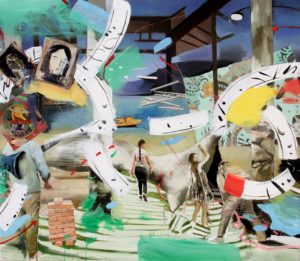 Do you go back to China often?
Yes, because I still have my relatives and friends there.
How do you think teaching influences your practice?
At the time, teaching in university did not influence my practice at all, because the art college education system was still following a traditional pathway of teaching technical skills, and teachers could not change it much. However I had tried to give students more space to find their own way of representing and creating in light of my own art philosophies.
What are you inspired by at the moment?
Since Immigrating to America and existing in a dual consciousness I have been inspired by a wide range of themes. Exterior systems such as social structures, politics and religion and how they intertwine with my inner dialogue and memories have continuously been a source of inspiration and how I generate images.

You can see Furong Zhang’s painting at the upcoming edition of The Other Art Fair at the Brooklyn Expo Center, November 7-10 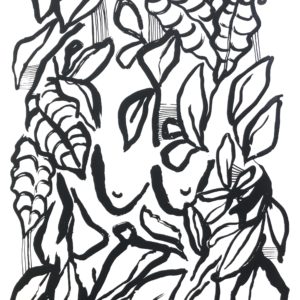 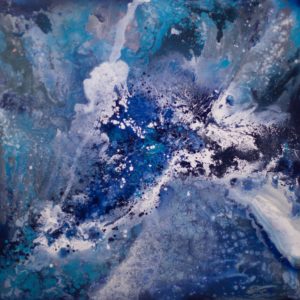 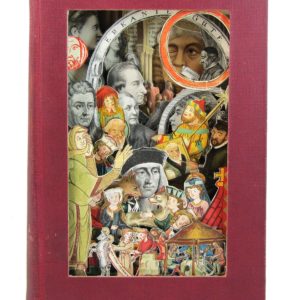 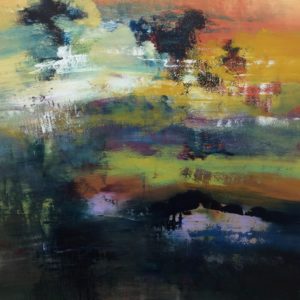 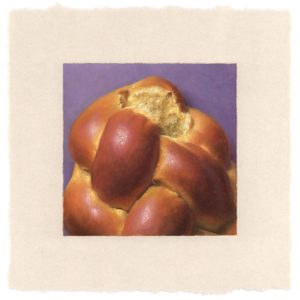