Victoria Dael works with cultural memory, preserving elements of the past and positioning them in a contemporary lens. She perceives the world as a palimpsest in which every epoch preserves its cultural layer. Her works, a mix of painting, drawing, and collage, often include obscured and masterfully repurposed imagery from classical and traditional art movements. Victoria is interested in the dialogue between tradition and the postmodern period and strives to make viewers reconcile the two.

Victoria studied design at the Moscow State Academic School of Fine Arts and cinema and television at the Russian State University of Cinematography. She was the winner of the Martini Art Weekend international competition and participated in an international biennale in Dakar as part of a project titled “Looking Eastward.” Victoria had her first solo exhibition in Moscow and has shown her works in Russia, Senegal, Poland, and Ukraine.

Now the main theme of my work can be described as follows – the palimpsest of postmodernism keeping traces of the tradition. I explore a genuine dialogue with tradition in the postmodern period. Especially important for me is the magic of memory as a manifestation of the deeply hidden levels of culture. This concept helps to restore in the modern world the vertical of the spirit, a living myth, calling the post-history and the archaic time, the West and the East to the endless dialogue (or palimpsest) to the graphical representation. An important point in this case is the emergence from oblivion, or rather from the subconscious, of the ethnic and national archetypes and mythologems.

My love of painting began during my studies. It was a painful period, when enthusiasm gave way to splashes of despair, and satisfaction – apathy and depression. But I like it. Often I allow myself not to control the process and the result is something unexpectedly interesting. After, I like to add a confident image, line, which finishes the work. Contemporary painting for me is a constant source for experimentation.

There is such a view that a contemporary artist, especially a painter, needs first to sort out the historical layers to get to his own “clean canvas.” About eight years ago this legacy was pressing on me. Now my perception of this “cargo” of history is much less dramatic: I treat it as my inheritance – all this is mine. Actually, the question of how to express myself arose after my graduation from university.

At that time, I owned figurative painting and an expressionistic, abstract style, and I used them in my works. At first it looked awkward, but something worked. Then I realized that this stylistic conflict was working. Later I managed to make the interaction of languages more organic. I also refused to overexpress the early things. I would like to convey my thoughts to the viewer with accessibility and at the same time, interesting statements.

Typically, the creation process is preceded by a long search. Sometimes for hours, and sometimes for days, I look through albums with paintings and photos and make sketches of those I liked. After a few days, I choose the ones with which I want to work, or rather they choose me, and do a sketch of the image.

The creation of a single work can take anywhere from a week to two months. I try to work with several canvases at once. I never make a decision during the working day–always the next morning. What you do not like the day before can be good enough to work tomorrow when you look at her with rested eyes.

Life is pretty sad. Man strives for perfection and cannot achieve it. All people are equally helpless in trying to answer the main questions. The artist does not represent an exception. Don’t stop and don’t be afraid!

Because often the subjects of my paintings are from the past, I like to imagine their voices and I turn on the radio. I like to find in the chaos of voices and sounds, the one that belongs to the character you’re working on. I need music to set the mood.

Works for sale by Victoria Dael 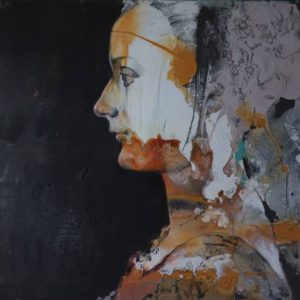 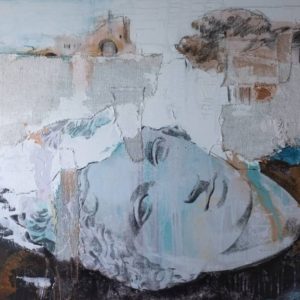 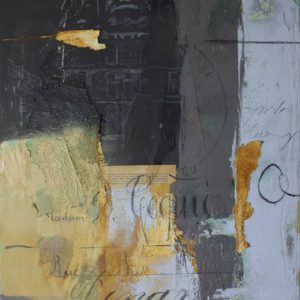 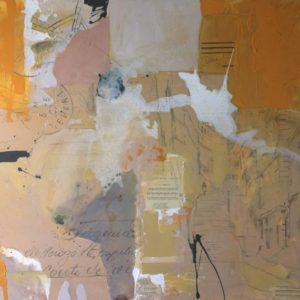 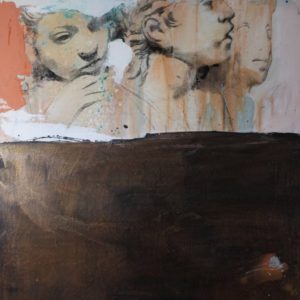 The Choristers from Florence 4,610