Tony Bragg explores the relationship between man and nature, combining a childhood nostalgia for imagination and fantasy with the social and environmental realities of the history of American landscapes. He draws inspiration for his paintings and sculptures from ruins, disaster, science fiction, myths, and magical realism, aiming to capture the evolving sublime dynamic between humankind and nature.

Tony received an MFA in Painting from the Rhode Island School of Design and a BFA from the Maine College of Art. He is the recipient of numerous awards for his works, including the 2015 Amelia Peabody Award for Sculpture, Emerging Artist Grant and the Edward M. and Carole J. Friedman Merit Scholarship. Tony has shown his works in the US in cities including Providence, New York, Chicago, and Miami. He had a solo show at Machines with Magnets in Providence and is preparing for a group exhibition at Brown University’s Granoff Center in May 2017.

My work explores the failures of iconographic heroism by misusing religious imagery and popular myths. I want to capture human’s fear of, and struggle against, nature, and understand how this has evolved into a misbegotten sense of manifest destiny. I am simultaneously fascinated by and terrified of “cults of men” (such as sports teams, corporate culture, and art historical canonization) and am attempting to intertwine these relationships into my fascination with American landscape.

As an only child I was left mostly to my own devices – adventuring into abandoned structures, conjuring heroic legends, and imagining fantastical battles. While these fictions were both all consuming and deeply flawed, they were and still are a chance to explore forbidden and strange things. These fantasies developed into an interest in science fiction, speculative futures, revisionist history, space exploration, monsters, magical realism, ancient myths, and post apocalyptic worlds.

I’m constantly attempting to reconcile my love and boyish nostalgia for these creative tropes and American landscapes with the social and environmental injustices embedded in their framework and inherent in their depiction.

While my work draws from ruins, catastrophe, and collapsed monuments, it is a fiction for I know these things only as ruins. I’ve had the privilege of never being ruined along with them.

Keep making stuff no matter what.

Music and a disgusting amount of sports radio.

An edition of Goya’s Los Disparates, Bruegel’s Dulle Griet, or one of Mike Kelley’s Kandors.

Works for Sale by Tony Bragg 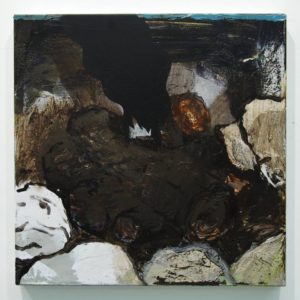 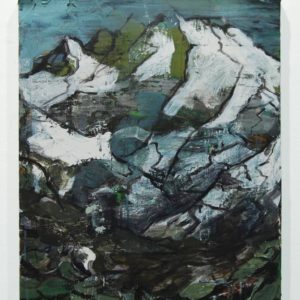 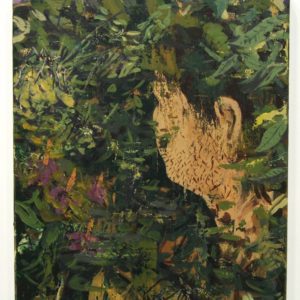 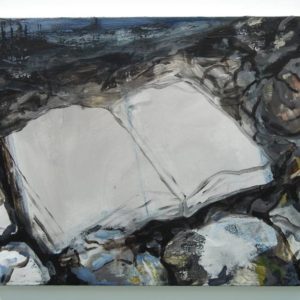 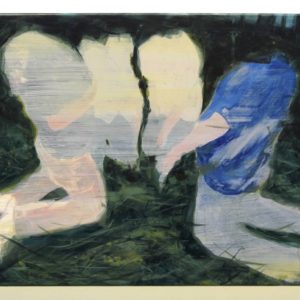