London-based artist Shawn McGovern received a BFA in Fine Art Painting from Wimbledon College of Art in 2013, and in 2014 participated in The Drawing Year Postgraduate Programme at The Prince’s Drawing School. He has participated in group and solo shows in London and Amsterdam.

Shawn’s paintings of interior and exterior places and figures are distinct due to his muted color palette that relies heavily on hues of greens, browns, blues, and yellows. Perhaps his use of muted colors is indicative to the fact that his painted scenes are culled from recollections of both memories and imaginary places; as his memories become less clear, the colors of the recollection become less sharp.

Shawn often flattens the picture plane and plays with perspective, as well as splicing the scene so that we as the viewer are privy only to viewing part of a figure–the back of a head, or the side of a torso.

What are the major themes you pursue in your work?
I try to paint the themes and recollected moments of personal history as well as imaginary scenes, which I think about on a daily basis. My paintings begin as abstract compositions. This is driven by a need to enjoy working with paint and to leave space for making discoveries during the making process as opposed to starting with a preconceived image. It is the uncertainty of not knowing the outcome and not having any reference material that I find most exciting, as this enables me to be the primary voyeur.

It’s only when figuration emerges that the paintings begin to make sense to me. That’s usually when I begin to identify what lies behind the painting. My paintings could be viewed as the space where my experiences and thoughts are revealed as images, which are completely new to me.

Prefer to work with music or in silence?
Occasionally I listen to music but mostly I work in silence.

If you could only have one piece of art in your life, what would it be?
Edgar Degas’ Combing the Hair (‘La Coiffure’), or James Ensor’s Still Life with Masks (Bric à Brac).

Who are your favorite writers?
Hunter S. Thompson, Don Delillo, and Michel Houellebecq. 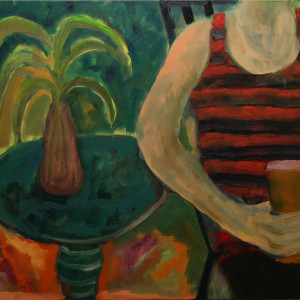 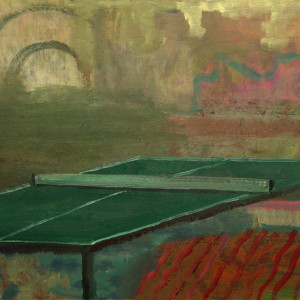 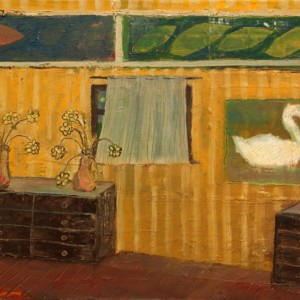 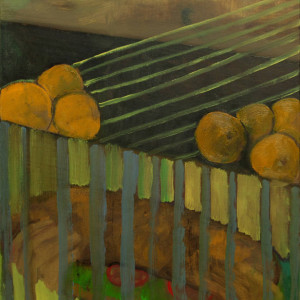 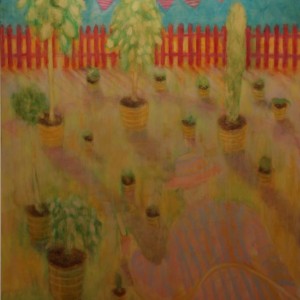