Things are not what they seem in Sebastian Artz’s photographs. Familiar human subjects wear fable-like animal masks in an exploration of what he calls social theatre, in which people construct their public identity by presenting themselves in a particular way and exuding certain traits. Sebastian views photography as a way to create immediacy and connections with others and uses his unconventional subjects to explore themes of ritual, personal identity, and the public persona.

Sebastian was born in Romania, raised in Dusseldorf, Germany, and now lives and works in Los Angeles. He began his career as a photographer after visiting Los Angeles for a college exchange with UCLA’s film school. He has exhibited his works in shows in London and Los Angeles, and his clients include Apple, Billboard, Conde Nast, Liverpool, and Walt Disney Studios.

Personal identity, rituals, social mores and public persona versus individual personality are some of the currents in my work. Living in a human society, we participate in social theatre, we wear certain masks and exude certain traits. All this is not necessarily who we are, but rather who we like to present to the world.

“Don’t Feed the Animals” is questioning social rituals and norms. The interplay between the strangely familiar (human) and the fable-like (animal) opens up a space for inquiry and exploration.

Things are not what they seem, and the viewer is simultaneously subjective and objective when looking at the recognizable images. She is observer and observed, quite close but also removed. Animal masks rob the performers’ individuality and transform the narrative into a more general allegory.

My love for photography started as a way to engage with the surrounding world. I really like the immediacy and intimacy of a photograph and its ability to convey feelings and to craft a narrative in an instant.

The camera is also a way for me to connect with others. I’ve always been extremely curious and interested in people. Photography enables a direct and honest interaction that is quite difficult to achieve otherwise.

I would say it has become more immediate, spontaneous, collaborative and less conceptual. I think I got better at “feeling” my way into a shot versus designing it to exact specs. I allow performers more freedom than I used to, even embrace a happy accident if it augments an image. I used to try and control everything talent did in a frame and now I encourage freedom and improvisation. I think this approach leads to more individualism and authenticity in the images. To that end, I also use a lot less artificial lighting in my work.

In practice that means an inclusive and collaborative approach to creativity, where I present an idea and concept and allow models the freedom to interpret it. I usually let them try it “their way” before I come in with my adjustments.

Sure, for example the “Don’t Feed the Animals” series started with some playful images taken on a trip. I realized this could be a series and started exploring more ideas.

I usually jot down ideas and also I have a folder with reference images for various projects. Occasionally, I make a sketch if a photograph requires a high level of precision.

In practice, not all ideas work. That’s why I try to keep an open mind and play with ideas and concepts.

There is really no set time I am spending on one work: it all depends on the idea, how straight forward or complex it is. In my professional life I am a commercial director and photographer and my personal work usually happens between assignments. Some images take months until all the moving parts for a photo shoot come together.

When looking at captured images I usually know right away when I have something worthy of finishing and sharing. You feel it, the shot. Straightaway, I have a pretty good idea if the work is finished or we need to keep at it and fine-tune it. Most of my images are born in camera and have minimal post-production.

On a bigger scale, personal projects are finished when I notice that my interest in a particular subject is waning.

I think I would be an architect, something I have always been interested in. To me architecture fuses the emotional and the rational in a unique way. Maybe in a future life…

Definitely music as I find it very inspiring. I always listen to music when working. And of course, music sets a cadence and mood on a photo shoot.

Works for Sale by Sebastian Artz 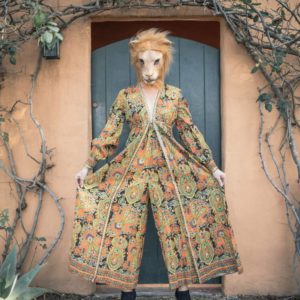 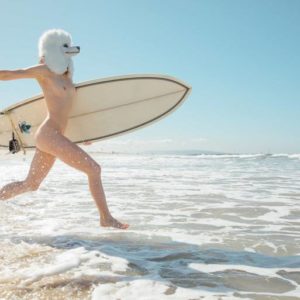 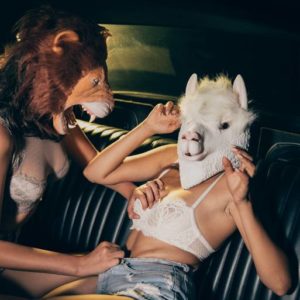 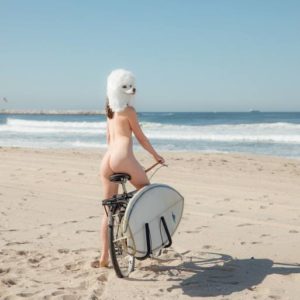 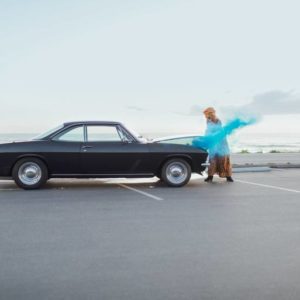