Rusudan Khizanishvili is a young artist working in Tbilisi, the Georgian capital. Her paintings, many of them portraits, are inspired by Gauguin, Cezanne, and the Old Masters. She uses thick oil paint and a bold color palette in order to capture characters that are reminiscent of semi-mythical figures. She imbues her compositions with energy by playing with perspective and flattening her backgrounds into collapsed color blocks. Rusudan has a painting degree from Tbilisi State Academy of Art, and also holds an MA in Media. She exhibits extensively throughout her home country of Georgia, Europe, and the Middle East.

What are the major themes you pursue in your work?
When I was a child, I wished that my toys could come to life. I secretly believed that all of them woke up when I was going to bed. Since my childhood, I have had this idea to create a parallel universe, and give breath to the characters who were borne upon my canvases. My characters exist in a world that is brimming with symbols; they possess mystical powers, open minds, and kind hearts. This is the main idea of my artwork, that my characters can become alive on my canvases. But I also spend a lot of time experimenting with my color palette, and uniting color with line.

What was the best advice given to you as an artist?
Don’t ever be scared, because you can always correct your mistakes.

If you could only have one piece of art in your life, what would it be?
It is very difficult for me to choose, but perhaps either  “The Return of the Prodigal Son” by Rembrandt, or “Mona Lisa” by Jean-Michel Basquiat. 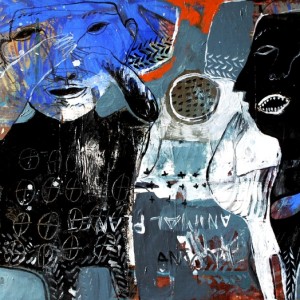 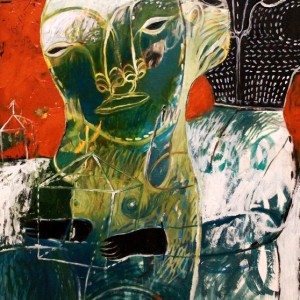 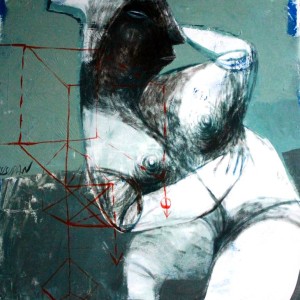 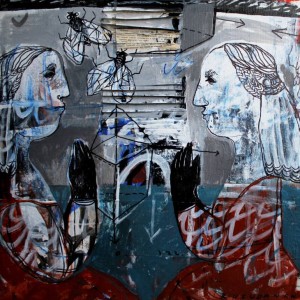 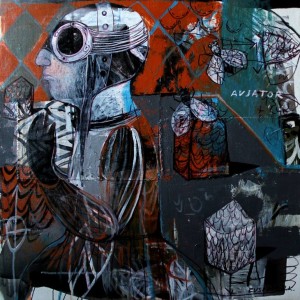