Supernatural happenings from his childhood influence the works of Patrick Aaron Stromme. His work began with a reflection of his past — he grew up in a house from the early 1900s that previously served as an old doctors’ post. There, he found medical kits, journals, and reminders of the previous tenants that stayed with him for life. Patrick touches on themes of the occult, the uncanny, mysterious encounters, movement, and time. Working primarily in a muted color palette, he mixes traditional figuration with elements of abstraction, experimenting with the tactility of oil paint to blur his subjects.

Ghosts, hauntings, the uncanny, disappearance and absence, time, surface, death, void, and elements of kitsch. My work started with a reflection of my past, specifically while growing up in a strange house in Oshkosh, Wisconsin. When it was built in the early 1900’s this house originally served as one of the first doctors posts in the city. While living in this home I found medical kits, journals, and experienced “otherworldly reminders” of the home’s past life. No one else in my family had quite the experience I had while living in that house for nearly twenty years. These multiple encounters have shaped the way I view the world on a level beyond the material.

While attending the University of Wisconsin, Oshkosh, I took classes with two traditional professors, Arthur Pontynen, Professor of Art History, and Li Hu, Professor of Figure Painting and Drawing. I learned so much from them in terms of meaning, beauty, and technique. Much of the work shown in their classes was done in oil. Hu also worked in oils and was an exceptional figure painter himself. I remember hoping to create work as good as him, someday. Things have changed a lot since then, but I frequently take myself back to those moments. In terms of the oil paint itself, I find its materiality and what it can convey in my work essential, with its translucency, wet and viscous qualities, and its ability to easily blur and distort.

My practice has changed dramatically over the years. When I first started painting about seven years ago, I used to be obsessed with becoming technically better, as well as conceptually portraying objective beauty. Since attending graduate school for my MFA at the University of Wisconsin, Milwaukee, reflecting on my past, and losing a close friend to a violent suicide, my work grew darker both conceptually and aesthetically. I started painting more with a monochromatic and muted color palette. The preciousness of the canvas disappeared, and I started taking bigger risks. If I’m on the fence about something I almost always just go for it and hope for the best. If a painting is ruined (which many have been from unwise decisions), in the very least I can say I tried instead of simply settling for something mediocre.

The process for me, many times, is a negotiation with my idea, the imagery, and the material. Painting feels like a game or battle. Some of my older work was planned and sketched time and time again before it finally went to canvas, but as of the last year or so, I almost never start with a sketch or plan. I use found Google-searched photos of “real ghost,” “haunted house,” etc or old photographs in medical books to begin, but what usually emerges in the end is something unplanned or unexpected. As for time on each piece, sometimes I can slam out what I believe to be a successful painting in a couple of hours, and sometimes it takes several weeks of back and forth.

Realistically, I would probably be a full-time wedding photographer. This is something I’ve done on the side for the past five years. But if I could be anything, I would want to somehow work out in nature, such as a park ranger or something like that.

I usually start working with music. I listen to artists ranging from The Avett Brothers, and Jenny Lewis, to Bleachers, Oh Wonder, and Tegan and Sara. I also jam out to some of my high school favorites such as Chiodos, American Football, and Sum 41. I don’t mind working in silence though, and sometimes when the album ends, I prefer it. 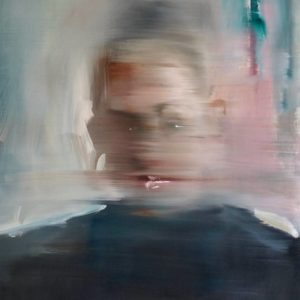 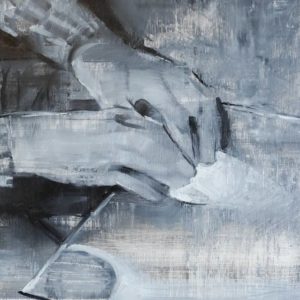 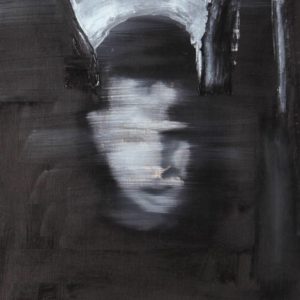 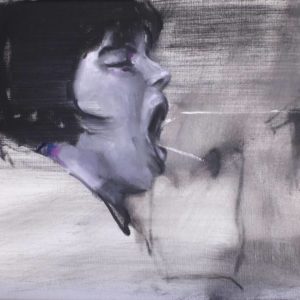 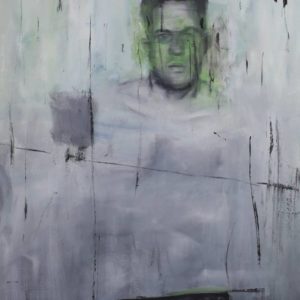