Lisa Krannichfeld was born in Arkansas, US, and grew up in a fascinating mix of both Southern and Chinese cultures. She received her BA in Studio Art from Colorado College. Lisa attempts to capture the fleeting nature of human emotions; the impulsivity of watercolors makes it the perfect medium to work with. She often takes women as her main subject matter, as she attempts to define what it means to be beautiful in our contemporary culture. She allows the watercolors to run and bleed together, so that the features of her women subjects become blurry and indistinct. She then applies a high gloss resin coating which creates a reflective surface, so that the viewer’s image becomes a part of the artwork. Lisa has been featured in numerous blogs and magazines, including The Jealous Curator and Anthology Magazine. She was listed as a “2012 Woman to Watch” by Soiree Magazine, and was voted “Best Arkansas Artist – 2010, First Runner-up” by Arkansas Times.

What are the major themes you pursue in your work?
The human experience, femininity, and isolation seem to show up over and over in my work. In my latest watercolor series, I tried to explore human emotions. I grew up in a family that is part Asian, which tends to discourage emotional expression, especially in women. I think this series in part resulted from me exploring and trying to understand my upbringing’s effect upon me.

What was the best advice given to you as an artist?
“If you’re here to make money, leave.”  One of my first art professors in one of the first college art classes I ever took said this at the beginning of class.  I think he meant to be funny but it really encapsulated what art should be–something you do because you love the rush of creating something that didn’t exist before you created it. If it makes you money in the end that’s awesome, but should never be the true focus of an artist.

Prefer to work with music or in silence?
Music definitely helps me loosen up when I’m drawing or painting. The music itself and at times the lyrics stimulate images in my head that may have not otherwise surfaced.

If you could only have one piece of art in your life, what would it be?
I’ve been obsessed with the drawings of Egon Schiele since I first encountered them as a freshman in college. I would die happy if I could have his “Self-portrait with Arm Twisting Above Head”.

Works for sale by Lisa Krannichfeld 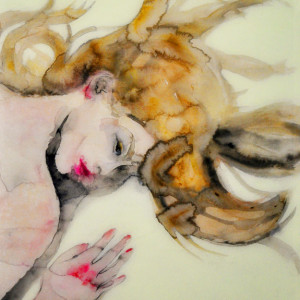 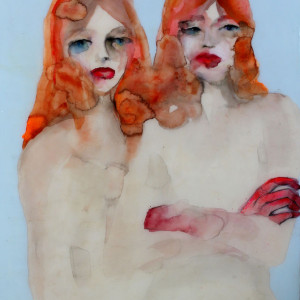 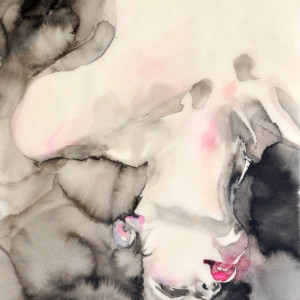 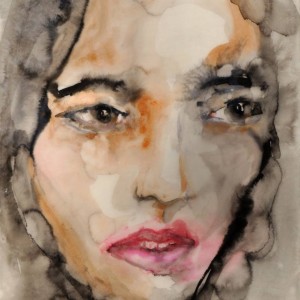 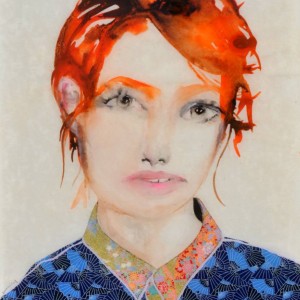