Belgian artist Kris Coolens paints introspective portraits as part of his own search to understand the inexplicable–life, death, consciousness, and the universe. His compositions shift focus away from the physical body. His subjects are often meditative, serene, and removed from a tangible setting or context, allowing viewers to instead reflect on inner thoughts of self-discovery, awareness, and disconnection of the ego.

Kris has been nominated for awards and is the recipient of numerous prizes, including the Prize of the Jury, Kunst-ID #2, Belgium and the Public Vote Price, Brakel, Belgium. His works have been exhibited in Belgium and abroad, most recently at Art Busan 2016 and a solo show titled “Facing the Window” at Gallery Aile in South Korea. His paintings are housed in private collections in Belgium, London, the US, South Korea, France, Germany, and Norway.

The subjects in my paintings don’t connect to the spectator. They mostly seem to be in a meditative state, imperturbable. They find themselves in a mysterious yet peaceful tranquility. They seem to have found a certain level of awareness. There is no notion of time, the context is irrelevant. While painting them, it helps me with my own quest in inexplicable things like life, death, consciousness, the universe–things where science leaves us with personal beliefs rather than a conclusive explanation.

By looking at my paintings, I hope the spectator starts an introspective journey himself, trying to discover his very essence. What are you left with, when you strip yourself down from all your physical features, from that physical vessel that is constantly changing, where every second, millions of cells are being replaced by others. Just imagine this: By the time you finish reading this sentence, 50 million of your cells will have died and been replaced by others. So what cell in particular are you identifying yourself with?

This thought feeds my conviction that I’m not my body or any particular part of it. Your physical appearance today is only a temporary manifestation of that continuously vibrating energy, the same energy that makes up the whole universe. Nothing is really solid. If you would look at the whole world at a subatomic level, you would only see vibrations in a unified field. Everything in the world is connected. It is all merged together, and the level of vibrations determine the type of manifestation. Everything is in constant change. Nothing ever disappears, it only transforms.

I have no intention to proclaim my personal conviction on this because it is too elaborate, I just hope to trigger some ideas. While listening to recordings of different philosophers on the subject, it was the British philosopher Alan Watts that was the first to trigger my attention when he stated the following about death and birth: “Imagine how it would be like to go to sleep and never wake up. If you think about it long enough you will find out that it will impose another question to you: what was it like to wake up after having never gone to sleep.”

At a pure technical level, when I was in art school drawing from live models, my teacher said, “Draw what you see, not what you think you see.” Since my work is highly figurative, this tip can still help me today when the going gets tough.

Music is very powerful. It can really help to create a certain mood that enhances the image I’m putting down, but sometimes I enter my studio already very focused on something, that I simply forget to put on some music and only notice the silence after I put my brushes down. If I feel that music annoys me, it mostly means I’m not in a good mood to paint, and I better call it a day then. So I consider music as a reliable barometer for my muse.

Any painting by Michael Borremans. The imagery in his paintings seems to come from another parallel world. Disconnected from the standards in our world, but yet very similar and with a determined hidden agenda. The mystery fascinates me endlessly. Moreover, his technique is exquisite.

I’m not spending much time reading. I can’t lose myself in books, I find it hard to stay focused. If I read something, it’s mostly a biography of inspirational people. But mainly, reading doesn’t really fit in my time management nowadays; when I’m reading, I’m not painting.

Works for Sale by Kris Coolens 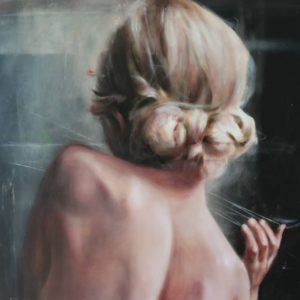 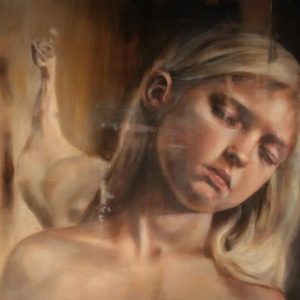 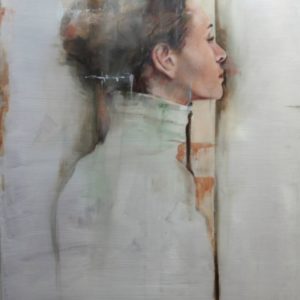 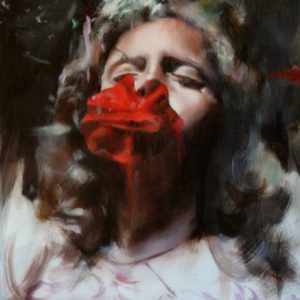 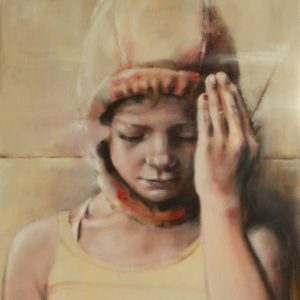