Finding Beauty in the Abandoned with Jonathan Ducrest

Waterparks, airport terminals, stadiums, and hotel pools—few subjects escape the critical lens of photographer Jonathan Ducrest. What you won’t see in Jonathan’s photographs are people. Rather, the photographer captures locales once brimming with life, which have since been abandoned. He is also known to stake out tourist hot spots, from the Las Vegas strip to Hollywood Boulevard, and capture the much-mythologized landmarks in their off hours, yielding eerie and atmospheric mises-en-scène.

With geometrically informed compositions packed with surprising formal relationships and unexpected colors, Jonathan’s photographs draw his viewers into the picture planes, creating spaces outside of time. Jonathan’s work is held in multiple private and corporate collections, including Netflix. In 2020 he received a citation award in the AIA Architectural Photography Awards, and in 2021 he was named one of Saatchi Art’s 21 Artists to Watch in 2021.

I am a Swiss-American photographer, living back in Zurich after many years living in New York and Los Angeles, known for my architectural imagery, focusing on themes of emptiness, abandonment—seemingly post-human landscapes. My work has been published in print and online, and has appeared in broadcast television productions including Stumptown on Disney-ABC, Major Crimes on Warner Bros, and Truth Be Told on Apple TV. . . . In late 2020, I released my first monograph, Lockdown L.A., showing the city’s transformation under COVID-19, and launched my own design atelier, the Swiss Agency.

What does your work aim to say?

I am fascinated by places that once thrived but are now devoid entirely of signs of life. I seek to focus attention through my work, creating a story in the viewer’s mind about what might have happened. But I also want to evoke a sense of timelessness, so I avoid clues within the frame, stripping out fashion or car designs. An example of this is my piece Dry ‘n Wild (2020): Shot at a former waterpark in Palm Springs, the water has been drained away, and so has all human existence, leaving a poignancy and an undercurrent of post-capitalism despair.

In contrast, I often shoot cities, like Las Vegas, which are still very much inhabited, but before or after hours, shifting how people usually perceive them, with dramatic intent. In 2018, I was in Nevada and went out early on a Sunday morning with my Leica to explore. It felt as if there was no other soul in town.

Some images happen by chance while driving somewhere. I will spot something I want to shoot and pull over to see what’s there. My work often takes in-depth research, including examining satellite images to see how I’ll compose a series using my drone, for example. I spend a lot of time post-production, using various editing techniques until the image appears just as I imagined it inside my head.

What series or artistic project are you working on next?

I’m taking time to explore the concept of repatriation. In January 2021, I moved back to Europe after 23 years in the US, and am seeing once-familiar places in a whole new light. Recently, I was booked to do an assignment in Paris and decided to take the long way there, driving through Switzerland and into France, avoiding airports, frequently stopping to take photographs and really look at the landscape, the cityscapes, and the post (or maybe mid) pandemic vistas.

How did living in America for over two decades, then moving back to your home country, impact your perception of both Europe and the US?

Great question. Growing up in Switzerland, my view of the US was formed from movies and TV shows, and I was always fascinated by the idea of its vastness, of being surrounded by millions of people. When I was a teenager, I started tracking down travel guides, pouring over them for hours, looking at the descriptions of where to go, and what to do—and picturing myself there. When I was 21, I took a leap of faith, emigrated on my own and landed in NYC. It was a huge cultural shock, despite all my research. I think it took me a good 18 months to acclimate, in fact. But, over the years, it became my home, and I took US citizenship.

Fast forward to 2013 when I moved from the East Coast to Los Angeles. Again, a vast shift in understanding—and wonderful for deepening my photography practice, really opening it up to the huge spaces, the different light, the desert, the ocean, and the big cities by night. But then COVID-19 hit. It forced me to look at what I really want in life. I felt a yearning to return to Europe, and to be nearer to my family in Switzerland once more. There was also something about the pandemic that brought not just mortality to bear, but also a need to find myself fully rooted. As much as I love America, it’s not a rooted place—for me—and I felt that most strongly this past year.

Both Andreas Gursky and Edward Burtynsky have influenced me greatly. Gursky because of his large-scale images and excellent symmetry, especially when shooting architecture. While Burtynsky, who I was lucky enough to meet at his studio in Toronto, provides entirely new perspectives on locations one might have only seen from the ground—often delivering a powerful commentary on what our consumption-focused society is doing to the planet.

You touch on late capitalism and consumerism as specters behind the desolate environments you capture—can you elaborate on this connection? How do you intend for your audience to relate to these themes?

Again, the passage of time has given me a deeper perspective on life, and enabled me to use photography as political commentary. When I left Switzerland, more than 20 years ago, the internet had just started to enter the domestic sphere. It was pre-smartphone (Apple was still solely in the computer business), and telephony devices did little more than allow calling or SMS.

Today? An entirely different situation. We live in a world where seemingly everything is ephemeral, disposable, and highly fragmented. Music, movies, art, communication, has all moved to the cloud. It is no longer a tangible experience, for the most part. Our attention spans are truncated, and managed by algorithms.

To counteract this, in my photography, I found myself drawn to places that used to be full of life and are now abandoned. I wanted to let the viewer have space to dream, to think about what used to be there, and why, or how, it has now disappeared. I noticed that water became an emergent theme. There is something so life-giving, so vital, about water. I focused on abandoned pools, or waterparks, because there’s nothing more striking—more evocative—than the contrast between a beautiful blue pool full of water, and people, and life, and the void that is left when everyone, and everything, has gone. 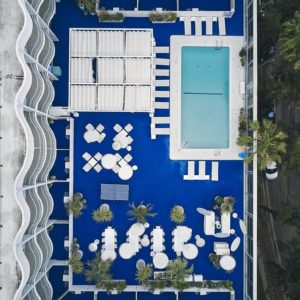 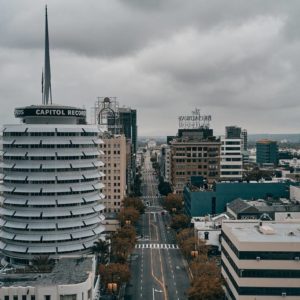 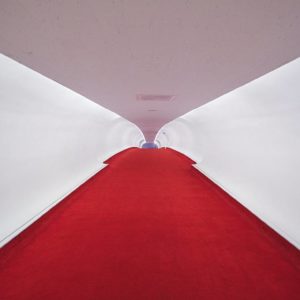 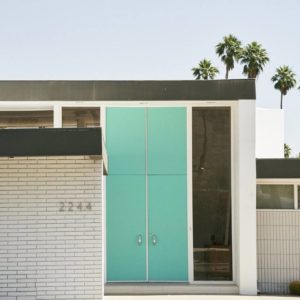 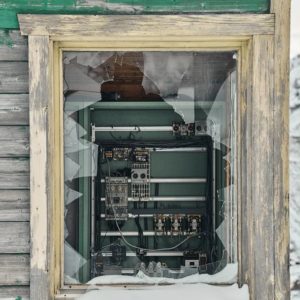 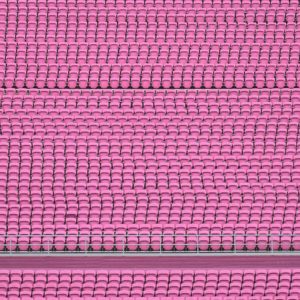 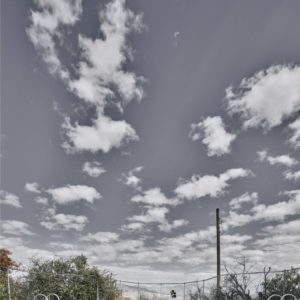 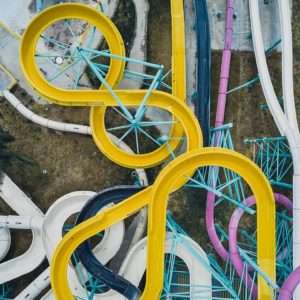