Jin-Woo Presena has dived with Great white sharks and leaned out of helicopters flying 7,500 feet above downtown Los Angeles, all for the perfect shot. Though he calls Los Angeles home, he finds inspiration for his works in locales around the world, be it a remote glacier in Iceland or the vibrant blue waters of the Amalfi coast. Jin-Woo’s aerial shots place an emphasis on simplicity, giving viewers a peaceful escape from their daily routine. He works with advanced digital cameras and equipment to produce large-scale works, preserving the beauty of his travels on a monumental scale.

Jin-Woo is a South Korean artist who was raised in Germany. He previously worked as a Hollywood handler, a position which allowed him to take photographs while on location and amass a celebrity clientele. He has had a solo exhibition, titled Elements, in London, and his work can be found in private homes and executive offices throughout the United States, Germany, France, Italy, Spain, and the United Kingdom.

I hope to create images that reveal beauty in simplicity. I believe less is more, but that state doesn’t come without struggle. I must overcome many physical and logistical obstacles for how I shoot, be it on helicopter, boat or underwater, but my final images have a peaceful and often exciting simplicity about them. I want the viewer to escape from their daily routines to the places I shoot when they look at my work, and then appreciate the journey it takes to achieve these emotions.

Before my career as a photographer, I spent 12 years working as one of the top handlers in Hollywood for an A-list celebrity. My job took me to unique and interesting destinations all over the world. Wanting to capture the unique moments and settings I experienced, I started taking pictures and taught myself over the years how to shoot in my own way. I love to capture specific moments with photography that will last forever, especially printed large scale. I am fascinated by the art of having to be creative yet very technically savvy in order to produce a great large-scale, fine-art photograph. It adds a whole different level of complications to the equation.

I transitioned from shooting prints in standard sizes to really focus on large-scale photography, measuring up to 58 x 103  inches. Compared to before, each new print requires much more time, precision, planning and patience, and unfortunately much more expensive equipment. At the same time, I do many more aerial shoots with large-scale shooting. Working from the air adds another complication to my routine, but I still try to create images that are beautiful and easy to appreciate, while being shot under very challenging conditions behind the scenes.

I have a long list of places I want to photograph. I try to carefully pick my destinations for each shoot but more often than not it expands beyond my initial plan.

This summer I decided to shoot mainly the Amalfi Coast and Capri, but ended up also shooting in Mallorca, Austria, and Montauk. Before each trip, my assistant and I pack very detailed kits of equipment in Los Angeles. I’m often in very remote locations, or high up in the sky, so I need to be prepared for anything. In Italy, there was lots of scouting that had to be done, watching the weather forecast, the sun, and exploring all the different angles I wanted to shoot my locations in, be it from a shaky boat off the coast of Capri, on steep cliffs that require hours of hiking with full equipment in brutal heat, or hanging out of an open helicopter. I do not stop until I know that I have gotten my desired image of that location.

Once back in Los Angeles, there are many weeks of editing and test printing until I am happy with the final outcome. Then I lock the very best photographs in and start offering them as new limited edition prints. This entire process takes several months from beginning to end. My primary camera system is a Phase One XF 100MP medium format camera, which is much bigger, heavier, and more sensitive than a DSLR camera, but it can produce phenomenal breathtaking pictures that blow any DSLR images away. This is especially important in large-scale prints, where every detail matters.

I love to live life to the fullest. Shooting fine art allows me to do so and travel all around the world. Landing with a helicopter on a remote glacier in Iceland, hanging out of a helicopter hovering over LAX airport and downtown Los Angeles as planes fly underneath, or taking pictures of Great White sharks off the coast of Mexico are memories that I will enjoy for the rest of my life.

“Always follow your vision and to work hard for it, but have thick skin.” It is important as an artist to have your own identity, to believe in yourself and the work you produce, and to be prepared to really go the extra mile to achieve your goals.

Works for Sale by Jin-Woo Prensena 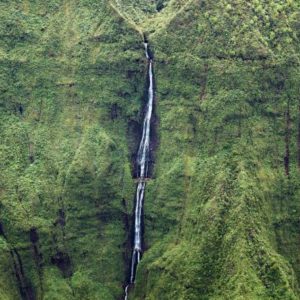 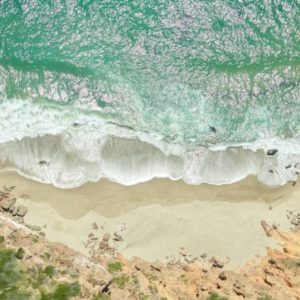 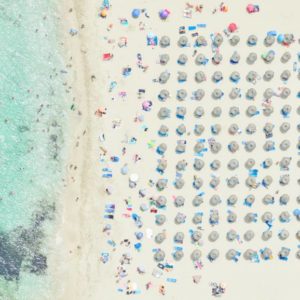 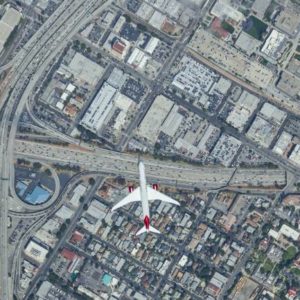 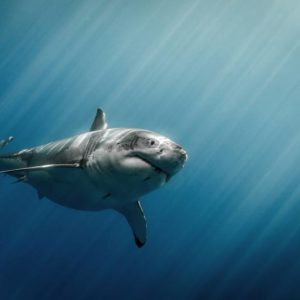 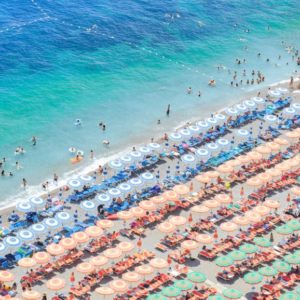 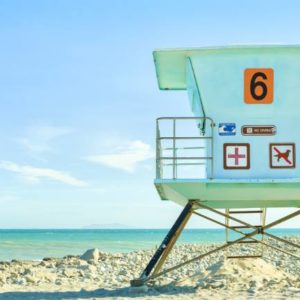