Jenn Warpole’s oil paintings explore the ambiguous and the strange. Her pursuit to develop a connection between her subject and contextual space exposes the energetic interaction of these elements. With change being one of the main proponents of her painting process, Jenn embraces the accidental nature of beauty and harmony in her works.

Jenn is based in Philadelphia, Pennsylvania. She received her MFA at The Pennsylvania Academy of the Fine Art where she developed her stylistic technique for painting. Jenn has held solo exhibitions with B Sakata Garo and Twenty-Two Gallery, and has received numerous accolades, including awards from The Woodmere Art Museum and the Philadelphia Plastic Club.

I’ve noticed that there are a few things that I need in order to be engaged in my work.  I need a subject, a main character which could be either a human or more recently, an animal.  I also need some sort of relationship or conversation between this character and their surrounding space, whether that space consists of purely environmental elements or also contains supporting/antagonistic characters.  It is the felt but mostly unseen relational energies that interest me.  I also prefer things to be rather ambiguous and strange.

Before I attended the academy, I mostly drew with charcoal because I didn’t know how to use anything else.  I had a few attempts at acrylic but they were terrible, although this probably had more to do with my skill level than anything else.  The academy had at the time, a curriculum that was more traditionally based.  Everyone was using oil paint, so I used oil paint.  I can’t recall if this was actually a rule or simply popular consensus.  Oil seems to allow for more variety in application and handling.  One can easily make a painting that exposes its layers for example.  There is also something quite pleasing and distinctive about the fragrance of oils.

This is an interesting subject for me.  When I was in school and having a critique, I always loathed the question, “What is your work about?” or “What are you trying to do?” and found it mostly useless and often detrimental.  To me it was putting the cart before the horse and if an artist had an answer to that, I usually found that I felt little or nothing for their work.  I feel now that art is more about showing that which is already there, rather than being a docile object upon which we can assert our will.  Over the years, I have noticed in my work, a gradual shift from chaos and murkiness towards clarity and I have to say that this is absolutely a reflection of my own psyche.

I work from photographs so I begin by selecting an image that I think can give me a beginning.  If it’s a composition that needs adjusting or contains something that I don’t understand, I’ll start with a drawing.  Then I’ll lay out the composition with one oil color.  From there, I may continue working with my full palette, other times I’ll wait a week before I have a second pass.  I work differently at different times.  The benefit of this process is that it’s safe.  The drawback is that it can be very stagnant and I’ll have to find a way to break through that later on.  Or I won’t and I’ll just have a bit of a stiff painting of which I have a few of currently.  The other way of working is to throw everything at the painting, right in the beginning.  Expend a lot of energy creating a storm and from that, begin to extract the order.  I think this makes for better painting, at least in my case but it requires a substantial amount of energy and space in one’s mind and life.

My primary goal really, is to grow and change.  The art can come from that but it is not the origin itself.  I’m actually right in the process of reordering my life.  I’m going back to school and am considering a full time job and it is very possible that I will be taking a step back from art making in the near future.  There are things about the way I live my life currently as well as my relationship to art that I consider unbalanced and would like to amend.  For example, I no longer think it’s beautiful and heroic of me to not have days off because I am going from work to my studio to work for months at time.  It is also not beautiful and heroic to be unable to afford to properly care for myself.  This does not make for good art and it also does not make me enjoy living very much.  I am considering a step back, not to throw in the towel so to speak but in order to repair my relationship to myself and to my art with the intention of circling back around in a new way down the road when I am able.  I do not consider this a sad thing, rather I am quite excited.

I often listen to discussions and lectures that I happen to be obsessed with at the time.  I notice that I stay with something for about a month before I move on.  I listen to music as well but not as much and when I do, it’s the same few artists or songs for some reason.

Works for Sale by Jenn Warpole 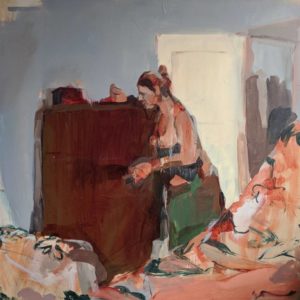 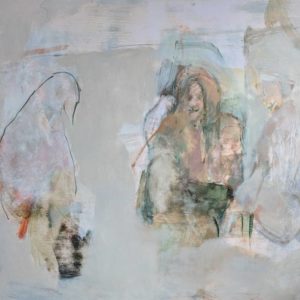 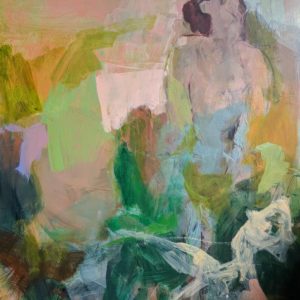 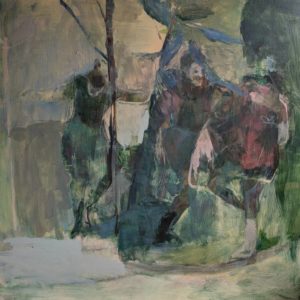 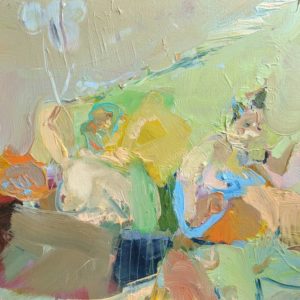