Based on real photographs recombined and distorted into semi-abstract compositions, James Roper’s oil paintings play with our instinct to search for recognizable images even when there are none, leaving the viewer in a perceptual state of flux. Ever challenging himself to perceive the world in a new way, whether through spirituality or psychedelics, James has created a singular painting practice that incisively captures the psychology of seeing.

James holds a BA (Hons) in Fine Art from the Manchester School of Art. He has exhibited his work internationally, with solo shows in New York, London, San Francisco, Barcelona, and Milan. Alongside his fine art practice, James has also worked as a commercial illustrator for brands including Nike, Converse, and Adobe.

1. Tell us about who you are and what you do. What’s your background?

I grew up in Knutsford, a small suburban town just south of Manchester, UK. Despite having a normal upbringing I was intrigued by alternative ways of perceiving the world from quite a young age; I never felt like I quite fitted in with mainstream thinking. This drew me towards the art world, as well as to spiritual ideas and practices such as meditation and martial arts. My personal exploration of human physicality and energetic flow, alongside religious ideas and iconography, has informed a large part of my work.

After a recent battle with depression and anxiety, which failed to be healed by conventional therapies, I turned to shamanic practices such as dance, breathwork and psychedelics. This more holistic embodied approach, that helped heal my mental health problems, has been documented throughout my new Metanoia series of paintings.

2. What does your work aim to say? What are the major themes you pursue in your work?

My work is multi-layered both visually and conceptually, but the two core themes which continue to manifest within my work are the psychology of seeing and the exploration of the unconscious mind. I always attempt to tread the line between abstract and figurative art so the viewer has to question their own perception of the work. In a way it acts as a sort of Rorschach test, giving space for the viewer to interpret the work in their own unique way.

I like to play with such psychological mechanisms as pareidolia, which is our tendency to look for figurative form within abstraction, a trait left over from needing to spot predators or prey camouflaged within the natural environment. Also, by using sunsets or sunrises as backgrounds to my paintings, such as in Metanoia II and III, I’m purposefully tapping into our primal fascination with a time of day when our senses were most heightened.

3. Can you walk us through your process for creating a work from beginning to end?

I first start out with a general sense of what ideas or mood I want to create within the painting, this dictates the palette and imagery I will refer to as I compose the image. The compositions for my paintings are initially created through a form of digital collage in Photoshop. This allows me a lot of freedom to experiment with form, size, color and composition. Once I’m happy with the composition, I’ll stretch a canvas to size. I then grid the primed canvas, in five centimeter increments, and draw the image free hand using the grid points as a reference. A first layer of oil paint is then applied to get down a sense of what the final colour tones and forms will be. I then refine the colors and put in the details with a second layer. For a large painting this whole process can take up to 200 hours to complete.

4. What memorable responses have you had to your work?

I’ve always seen all artists work, regardless of the content, as a form of self portrait. So when someone told me, at a group show opening, “That painting is me,” referring to Metanoia III. I was intrigued to know why. He went on to tell me he had suffered from depression and that it somehow captured how he’d felt. I had in fact painted the piece during a period of depression, so to know I had somehow captured that emotional state in a way that could be unknowingly recognized by someone else was very affirming. 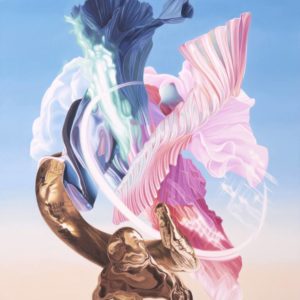 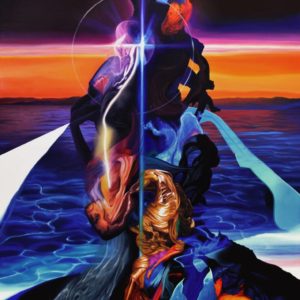 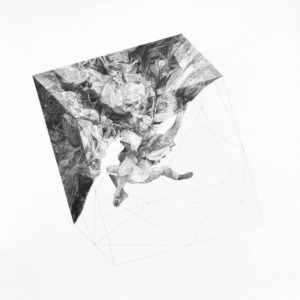 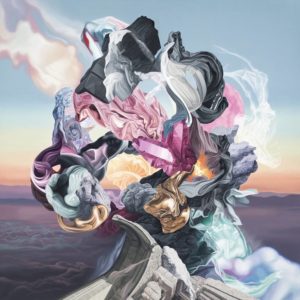 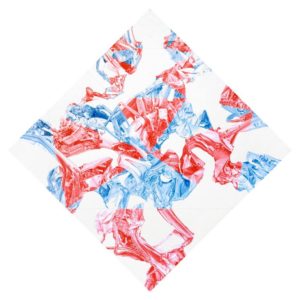