UK artist Jack Towndrow lives and works in Edinburgh, UK. He received his BFA from the prestigious Slade School of Fine Art in 2014, and has exhibited both in London and Berlin. Jack’s artistic work is formulated around the concept of an imagined landscape. The different landscapes that he constructs become a vehicle for experimentation with paint and imagery. Jack was shortlisted for the 2014 New Sensations Prize, which is now established in the UK as the most important annual prize for emerging artists, and showcases each year the best graduates studying at UK and Republic of Ireland art schools.

What are the major themes you pursue in your work?
There are many different themes that I explore within my work. Abstraction, repetition, pattern, landscape, place, motifs and process are all ideas that I juggle with.

Drawing is a major part of my practice. It is in drawing that a lot of the themes, ideas and the basis for my paintings come from. For me, drawing is a form of investigation. Making so many drawings allows me to discover many of the forms I want to explore in my paintings. Landscape is often a starting point; I see it as an open stage that I can use to experiment in, using motifs that I discover in drawing and presenting them in different ways. A simple palm tree form can morph and expand in its uses and meaning. In one painting, it can be presented as a repeated, simplified symbol almost like handwriting. In another it can make up a sort of abstracted architecture used to prop or balance one part of the painting with the other. I like that, in my paintings, objects can have dual personalities and uses; it leaves no limitations to what I can do with a painting.

As much as the objects I explore in my works are important to me, so is the actual process of making. When painting, I work layer on layer, building the painting up to its surface. Images I use as a starting point are often lost and then later found again. I will often turn the painting upside down or on its side to make further abstraction and to create a new spatial awareness. I want there to be evidence of the process that makes up the painting that you can trace like a vein that runs from the very bottom of the canvas to the finished surface. It is organic. Each layer or experiment I have made in a painting builds up to the eventual image on the surface. It is up to me to decide how much I want to let the viewer in.

What was the best advice given to you as an artist?
To be aware and pay attention to every part of the painting you are making, to think about the way you apply the paint and how it describes what you are depicting. And to always be creating.

Prefer to work with music or in silence?
I tend to always listen to music. The music I listen to changes depending on what I am working on or if I require more concentration. If I get really frustrated with a piece, then the music goes off.

If you could only have one piece of art in your life, what would it be?
I’m not totally sure, there are so many. I recently saw the Paul Klee exhibition at Tate Modern; I was quite amazed by his works on paper, especially the watercolor painting A Young Lady’s Adventure, which still sticks in my mind. So for now it would be that, but it would probably change every week.

Who are your favorite writers?
I actually don’t read an awful lot. I found reading very difficult as a child. Although I can read well now, I still have a bit of a hang up about reading. I have however always read articles and interviews with artists and followed publications such as Turps Magazine, Modern Painters, and Elephant Magazine.

Works for sale by 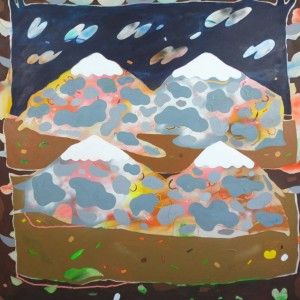 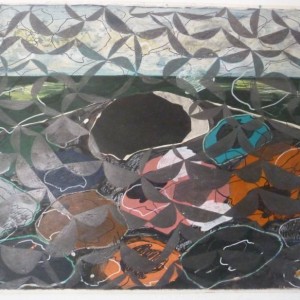 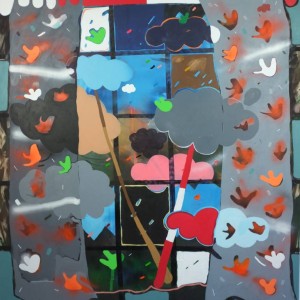 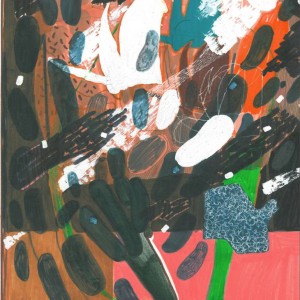 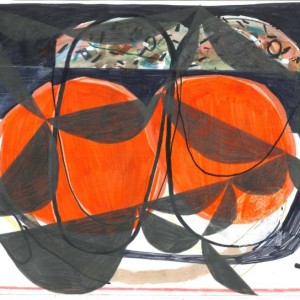