Jack Sutherland is a young emerging artist living and working in London, UK. He received his BFA in 2011 from the University for the Creative Arts, Canterbury. Within his abstract paintings, he explores themes of muted isolation and juxtaposition, and what he shrewdly refers to as the ‘vague loneliness of painting.’ He paints abstracted ruined landscapes, post-human forms, and the uncanny ‘other.’ Jack’s paintings engage with illusionistic depth, and through his painterly practice he seeks to scrutinize the limits of optical space that one can create with nothing but paint, a brush, and a flat surface.

Jack has exhibited extensively both in the UK and US, including at Whitbread Road, London; Royal Academy, London; and White Walls Gallery, San Francisco. In 2012, he was the recipient of the East Anglia Regional Prize, ING Discerning Eye Exhibition, London.

Speed, idleness, juxtaposition, awkwardness, process, dictated action. It’s difficult to place a major theme that runs throughout every part of my practice, but I would say that intrigue and a desire for openness are a constant. I feel influenced by digital interpretations of reality, and how much that can affect our lives, but I’m certainly not in a position to side with a particular argument on the subject or start preaching about how we’re all using our phones too much or how Facebook is going to become an online graveyard.

I’m still trying to find out why painting interests me so much, and I hope I never find the answer. Or at least not the whole answer—a bit more would be welcome. I think I enjoy painting so much because it has the power to represent endless facets whilst simultaneously being off-kilter and not quite sure of itself; a spinning top with a hint of wobble.

Something about cause and effect? The most common piece of advice surely must be common because it is true – to keep making work, no matter what. To pursue ideas, to challenge yourself, and every now and then to take the opportunity to look back on what you have created. Always tempting to use a pack of Oblique Strategy cards though, isn’t it?

I’ll have something playing pretty much constantly when I’m in the studio, unless I really need to focus on a particular pattern or mark (I recently had to go through the trauma of working in silence when I was doing some drawings based on Steve Reich’s compositions). Right now it’s a lot of Kendrick Lamar, Oceansize, Parquet Courts, and U Talkin’ U2 To Me?

I recently saw Jonas Wood’s painting French Open I at a Sotheby’s auction and it really blew my tiny little mind away. The desire to own something that was so complete, so effectively achieved, that was so orange…it was almost overwhelming.

I’ve just started working my way through The Pillars of The Earth by Ken Follett, so I’ll let you know how that goes…  Does Reddit count as reading? J.G. Ballard, Michel Houellebecq, and Ian McEwan are always pretty solid choices.

Works for sale by Jack Sutherland 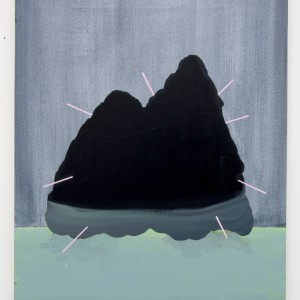 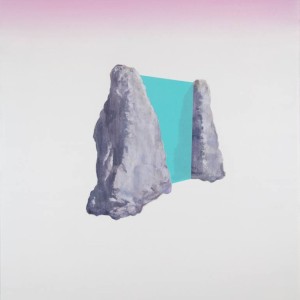 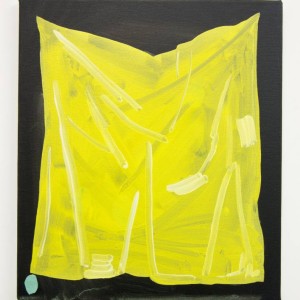 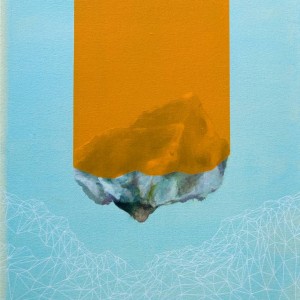 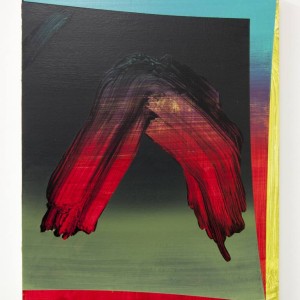