Hanping Feng is an emerging Chinese artist currently living and working in Chengdu, Sichuan, China. He earned a BA from the Art School of the Sichuan University and an MA from Central Saint Martins Art and Design in London. Hanping is concerned with the relationship between the human condition and the surrounding spatial environment, especially  the disconnect between man and nature. His vivid surreal paintings juxtapose the natural environment–the sky, mountains, and trees–with manmade constructions like ceilings and staircases in an effort to mimic the dystopia of the world around us.

Hanping is the recipient of the 2015 Secret Art Prize from Curious Duke Gallery in London. He has exhibited in solo and group exhibitions across China and the UK. Most recently, his works were shown in a degree show in the Central Saint Martin Museum and in an exhibition titled Tomorrow: Today at Oxo Tower, London.

I am interested in an overlapping relationship between spaces, because space is an essential aspect of our life in reality. Human activities and experiences take place in and can only occur in space. Space can record everything and is an effective way to react to the human condition. For example, nowadays, we are kidnapped by the ideology of capitalistic consumerism. Henri Lefebvre, a modern thinker from France, mentioned in his work The Production Of Space that various architectures and spaces that exist in our daily life, such as supermarkets, department stores and even banks, are the products of consumerism. Every day, people shuttle between these spaces, fulfilling our consumptive desires and needs. As a result, we are irresistibly trapped in the spaces of our own creation.

Moreover, the ideology of consumerism is also impelling people to forget the relationship between humans and nature by changing our living spaces. There have emerged mansions, high ways, various infrastructures, etc., all of which constitute the ‘city landscape’ forcibly constructed into nature.

Utopia and dystopia as genres of literature provide alternative perspectives to understand these capitalist consumerisms and changing social spaces, as well as the theoretical framework to conceptualize and contain my practices.

On the surface, through imagination, utopian fictions depict what the perfect and ideal society would be like, whereas dystopia focuses on the negative and horrendous aspects of the world. Many dystopian literatures formulate the society where material culture is extremely developed, yet the spiritual domain is extremely hollow. In this sense, modern society, where consumerism as the epitome of material culture triumphs, is a total dystopia. I would like to create a fantasy, or eerily numinous space, for reflecting this phenomenon through the approach of overlapped spaces.

I clearly remember one of my teachers said that if you have no feeling about your artworks, you have to keep working hard until you find that feeling. Almost all creation is explored in the contingencies.

I would like to say that I prefer to do my artworks with music. Of course you also are able to say that silence is also a kind of special music, like John Cage’s work 4’33”, for example. But for me, I prefer to work with music because I think painting and music are in different latitudinal spaces. There is a kind of spatial overlap when you do that together.

This is a tricky question, but I would like to have one artwork by Francis Bacon.

I like Henri Lefebvre, David Harvey, and Michel Foucault, because their works are able to give me theoretical supports, and I am able to find my inspirations and ideas through transferring their theories.

Works for sale by Hanping Feng 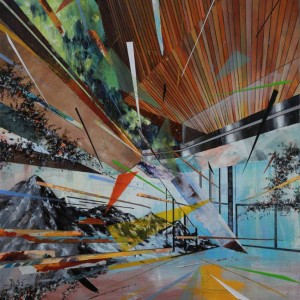 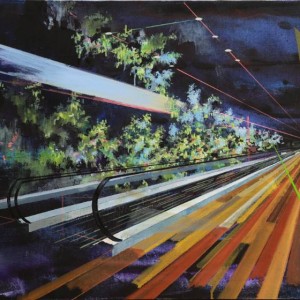 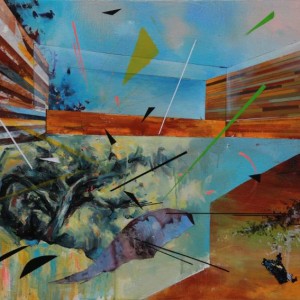 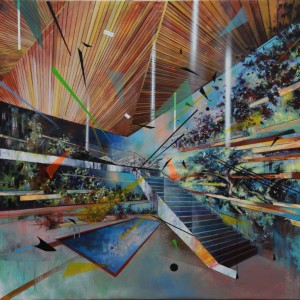 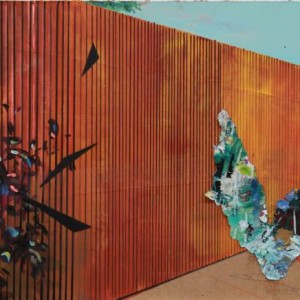