Gustavo Ortiz is a rising star from Argentina. He grew up in Patagonia and studied art at La Pampa University, before moving to London in 2007. He has been regularly exhibiting his work in solo shows, group exhibitions and arts fairs in Argentina, the UK, Sweden and France. His work is influenced by colonial art and native indigenous artistic practices, and draws on both European traditions and Latin culture.

Working with patterns and a bold color palette, he creates vivid collages that combine Naive art with Surrealism, each bursting with a childlike sense of wonder. The themes in his works, which feature animals, disproportionate figures, and objects placed firmly against flat backgrounds, are derived from Latin American myths and legends. His considerable exhibition history in Europe and Argentina mark him as an exciting artist to consider collecting.

What are the major themes you pursue in your work?
My inspiration comes from the myths and legends of different native South American cultures. I am also inspired from traditional textile designs. Since I moved to London, my practice has become more personal; I still draw inspiration from my culture, but now I am exploring who I am, more so than where I come from.

Prefer to work with music or in silence?
I work next to a very busy road, so I need to drown the noise with some music.

What was the best advice given to you as an artist?
Someone once said, “When there is nothing for you, always create your own opportunities.” I don’t know if it translates very well, but at the time, it made a lot of sense to me. I was living in a small town where there were no spaces dedicated to art. I knew some people at a new art school who were equally hungry to have a space to show what we were all collectively doing, so we started to organize our own exhibitions. Everything is very different now, but we still feel a sense of pride that we were able to initiate a curiosity for art in that community.

If you could only have one piece of art in your life, what would it be?
I would be very happy to have Olafur Eliasson’s “The Weather Project,” especially to have a space as big as the Turbine Hall in order to accommodate a piece of that size.

Works for sale by Gustavo Ortiz 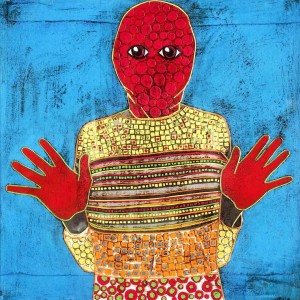 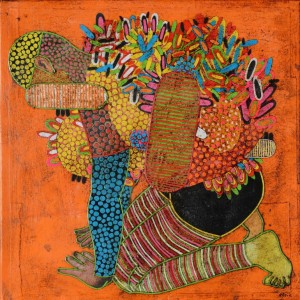 Self-Portrait (Supplicant In Disguise I) 585 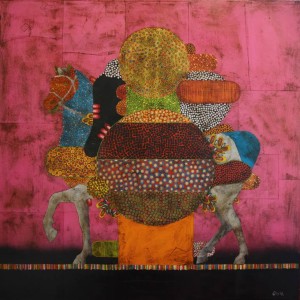 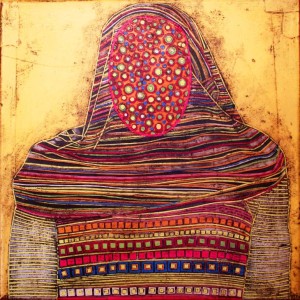 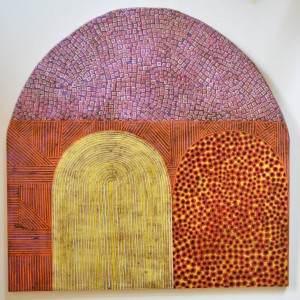