Turkish artist Gorkem Dikel lives and works between Istanbul and Seville. She received both her BFA and MFA from the Mimar Sinan Fine Arts University in Istanbul. She has participated in two artists residencies, including the Fundacion Antonio Gala, Cordoba, and the Plein-air Art Workshop in Andalucia. Influenced by Peter Doig and Cecily Brown, Gorkem creates large scale paintings whose titles reference famous artists and writers. With highly-saturated colors, she investigates the geometry that is omnipresent in nature. She has exhibited extensively in group and solo shows throughout Istanbul.

What are the major themes you pursue in your work?
My works focus on different elements of the concept of space. In terms of science-fiction literature, I try to instill an alternative reality, a “parallel universe” in which the components replace themselves harmoniously as they do in our universe. My works are my own science fiction. My compositions try to reveal the invisible rules and attachments of living creatures and non-living existences in time and space. Every element and object exists in space within these rules. I investigate these rules and apply them to my work’s surface in order to create large-scale spaces full of tiny forms inspired by the artwork of Anselm Kiefer. I explore the contrasts between nature and city, machine and human, organic and inorganic, and fulfillment and emptiness.  According to art historian Heinrich Wolfflin, every movement evolves into its own Baroque some day. I feel like I am living the Baroque era of the 21st century’s abstract tradition. I am also influenced by the silence and dignity of early Renaissance and Byzantine painting.

As I focus on the concept of nature, alternative reality and parallel universes, the cinema has been my main inspiration. Italian Spaghetti Western movies filmed mostly in Morocco and southern Spain (in places like Almeria and Huelva) imbue me with a sense of sublimity and the arid zones in which no living creature can survive.

I find a lot of inspiration in the cult of science fiction. In addition to trying to understand these movies, I also try to understand the trigger points, the purpose, and the production process behind them. This helps me further on the path to discover the universe as it evolved from matter to an idea, from an aspect to what lies behind it.

What was the best advice given to you as an artist?
The best advice that was given to me was by a great abstract painter Zekai Ormanci, who said, “to be able to break the saturation of color, just nourish it with the inverse of it.” There was one more piece of advice:  “But, why do you feel the need to paint so fast?” From that day on, I’ve painted calmly and slowly.

Prefer to work with music or in silence?
For me, there are two kinds of music: good music and bad music. I don’t listen to bad music, and, for me, good music is not something used to ornament the background. When there is music playing somewhere, it always has the leading role. I listen to music like how I watch a movie or look at an abstract painting. I prefer working in silence. Painting is serious work. It can’t be done while watching a movie. In some part of “Romeo and Juliet” by the composer Sergei Prokofiev, the composition has such an illusion of reality. To me, it sounded like a city on a hill accompanied by the surrounding hills in a light yet volatile manner. Maybe I feel this is because I have low-degree synesthesia.

If you could only have one piece of art in your life, what would it be?
Santa Margarita of Francisco de Zurbarán.

Works for sale by Gorkem Dikel 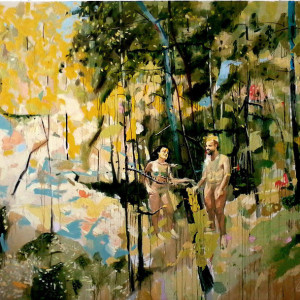 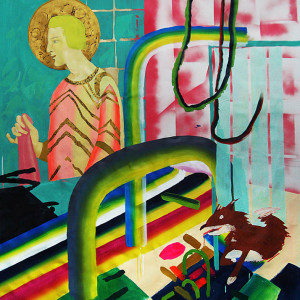 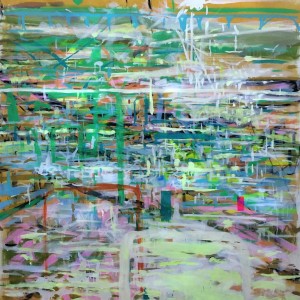 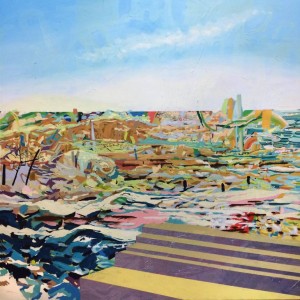 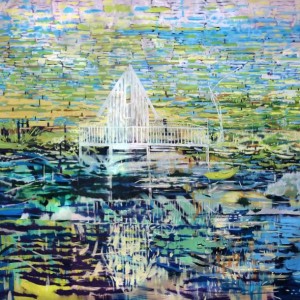 Garden of Eternal Pleasures and Sorrow 4,000