Elise Lafontaine is an emerging artist based in Montreal, Canada, who will receive her BFA in Painting and Drawing from Concordia University in spring of 2015. She cites her inspiration from such varied artists as Arnold Bocklin, George Baselitz, Paul Cezanne, and Utagawa Hiroshige. She creates nocturnal landscapes that are devoid of any markers of the passing of time; color is very important for the construction of her painterly compositions. Her recent body of work displays her interest in the phenomenon of luminescence, as her atmospheric works meander between reality, symbolism, and dream. Elise has exhibited in the USA, Canada, Japan, and Turkey.

What are the major themes you pursue in your work?
Poetry of everyday life, small details, and small objects, which, for example, sit in the corner of a garden or in the wilderness. You can magnify them into a singular story through their own visual expressions. I’ve always been fascinated by the creation of an image in a limited space in which its content and interpretation is entirely foreign to its physical surface–and that allows us to feed our imaginations. I do not wish to make an intelligent painting where there is nothing to understand, but instead rather grasp the moment. In a rational effort, I identify my recurring themes, which play on the paradoxes of the conspicuous absence of humans in an altered nature, as opposed to an environment marked by man’s intervention. I believe my paintings reflect varied degrees of a muddled, isolated, and forgotten world that is transposed within a creative vocabulary that goes from the grotesque and humorous, to a more sensitive and profound approach.

What was the best advice given to you as an artist?
“Try to be near things,” in Letters to a Young Poet by Rainer Maria Rilke.

Prefer to work with music or in silence?
Given that true silence does not exist in the city, I prefer painting with the ambient noise.

If you could only have one piece of art in your life, what would it be?
Since it would be impossible to remove it from its place, I would like to live right in the middle of Giotto’s frescoes in the Scrovegni chapel that is located in Padua, Italy.

Who are your favorite writers?
Marguerite Duras for reading about the feeling of love and physical pleasure; Claude Levi-Strauss for adventure memory; and Julie Kristeva for humanism.

Works for sale by Elise Lafontaine 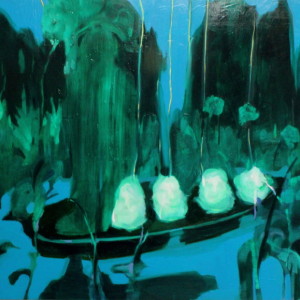 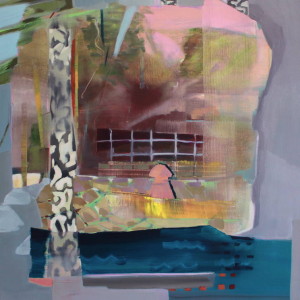 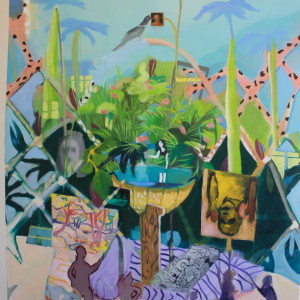 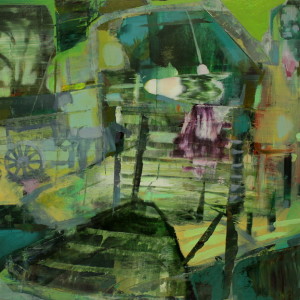 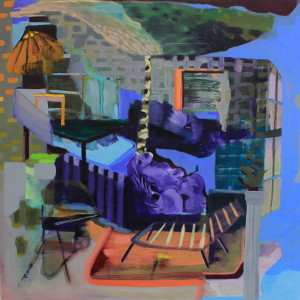