A native from the island of Maui, Los Angeles-based Edwin Ushiro attended the Art Center College of Design and graduated with a BFA in Illustration with honors. Upon graduating, he worked in the film industry as an Art Director, Visual Effects Consultant, Storyboard Artist and Concept Designer on projects such as, CSI: Miami, Battlestar Galactica: Caprica, and Angel.

For his own artistic projects he combines digital and traditional techniques, starting each work with traditional drawings done in graphite and ink, and paintings done in watercolor and acrylic paint. He then scans these works into his computer, and colors the works with Photoshop. He exports them as prints onto clear acetate, which he then paints on the front and back in order to create a sense of depth, as well as to alter the colors to his suiting. The works on acetate are then mounted onto Lucite or Plexiglas.

Edwin’s artwork has been exhibited at Art Basel, Miami, in solo shows in New York and Los Angeles, and in many international group shows including Berlin, Zurich, Spain, Amsterdam, South Korea, and Tokyo. You can see Edwin working in his studio in this video made by Ashton Kutcher and his team at Thrash Lab.

What are the major themes you pursue in your work?
The major themes in my artwork include my childhood growing up on the island of Maui, as well as the history, myths, and ghost stories that surrounded me during those precious years.

What was the best advice given to you as an artist?
My mother’s friend, Mr. Richard Hashi, told me before I left to attend the Art Center College of Design, to never forget where you came from. I didn’t really understand that at the time. It wasn’t until I decided to create personal art that his message returned to me. Never forget where you came from. It became very clear to me that I wanted to create imagery about my childhood on Maui and the importance of living in that time.

Prefer to work with music or in silence?
Hawaiian music!

If you could only have one piece of art in your life, what would it be?
My favorite art is in nature. And I would love to have a panoramic view of the southern ocean of Maui spanning to the West Maui Mountains.

Who are your favorite writers?
Dr. Glen Grant.

Works for sale by Edwin Ushiro 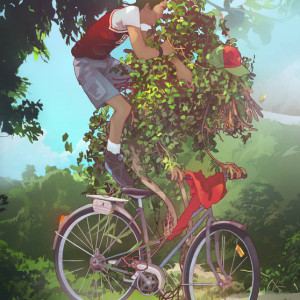 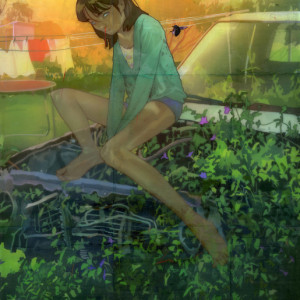 The Secret Life of a Rustling Brush 3,000 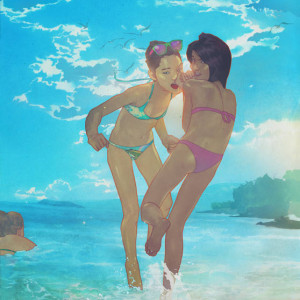 I Wasn't Sure If It Was The Brightness of the Sun or That They Were So Beautiful, But I Could Not Stare For Too Long 3,500 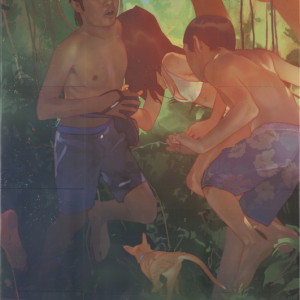 olling Atop Hills Knowing Full Well That Nothing Exists Beneath You 3,000 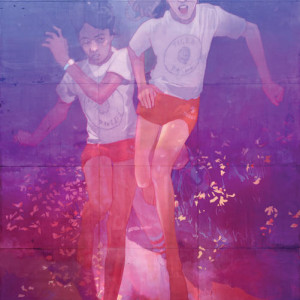