David Cardoso’s paintings offer new ways of seeing. He is concerned with translating elements of space and time into his own visual language. He pulls inspiration from memories and architectural structures, translating the shapes, angles, and shadows of buildings into a series of harsh angles and organic forms. David views the canvas as a space of experimentation where the rules of perspective are breakable — solid shapes are seemingly lifted off the surface, and grids are layered between floating forms.

David is from Portugal and Angola and now lives and works in London. He studied at the Escola Artística António Arroio and has a BFA from Chelsea College of Arts. In 2016, he received the Cylde and Co Art Award and was featured in Artfinder’s Class of 2016.

My work is mostly centered around translating how a space and time feels into visual language. The works develop from personal and collective memories as well as experimentation. Much of the inspiration comes from architectural spaces and the dialog between shapes, masses, light, and shadow.

I first became interested in drawing through architecture (I wanted to become an architect because I found it amazing that someone drew the space I lived in), and later painting through drawing. The feeling of creating something new and seeing it for the first time is what really got me hooked.

Early on I was just focused on drawing and I mostly did illustrations but I kept being drawn to the motion of the hand while working and would repeat movements and shapes over and over. I became more interested in the abstraction of shapes and when I got into painting I wanted to try to incorporate all of it.

I just jump into the work. Sometimes I will have some sketches or a few ideas on how I want to compose the work, but most of the time I will just start by drawing while I prime the canvas, and the painting will start coming to life. Space begins to appear and it will remind me of something, and I keep following it.

When you finish a work, you are seeing something new. You are the first person ever to see it, and it feels amazing. Plus, painting can be very stressful and it builds up a lot of anxiety, so all of that taken off your shoulders feels great too.

I saw it in a documentary once years ago and it stuck with me, “Don’t be afraid to reinvent yourself.” It feels very reassuring when the work starts going in new directions.

Works for sale by David Cardoso 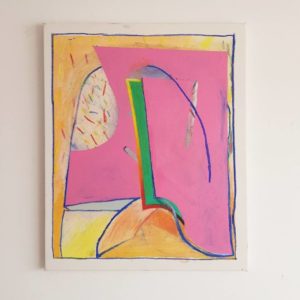 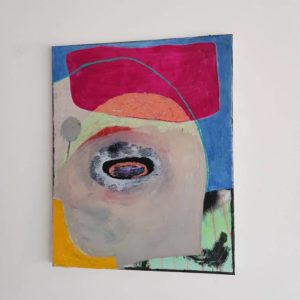 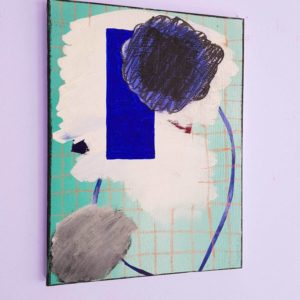 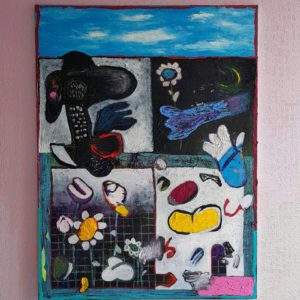 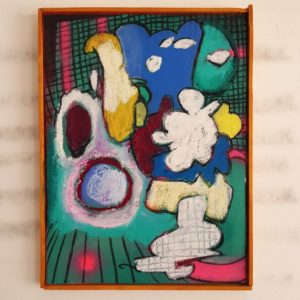