Charlotte Lethbridge is an emerging artist living and working in New York, New York. She received a BFA from the School of Visual Arts. Her paintings, characterized by a muted color palette and minimal, sharp lines, magnify otherwise everyday moments into a study of detachment and a longing for something else. Empty swimming pools feature prominently in several of her works, calling attention to their stillness while evoking childhood nostalgia.

Charlotte currently has a residency with Eastside International in Los Angeles. Her works have been exhibited in galleries in New York including Greenpoint Gallery, Yes Gallery, and Con Artist Collective, as well as at the Affordable Art Fair, where Saatchi Art presented her works in 2015. Charlotte has also been featured in several publications, including Art Crush and Papercut Magazine.

A lot of my work has to do with detachment. I’m interested in the idea of physically being somewhere while longing for something else, maybe something indefinable and elusive. This seems to be a commonplace occurrence, something everyone can relate to, so I depict it in quiet and mundane scenes like seeing the sunlight stream into an empty room or the position of someone’s feet as they wait for their train. My stylistic choices function with the subject matter of a painting. The colors and composition set the tone and result in the amplification of a small moment because someone took the time to capture it.

I listen to music. My playlist includes everything from The Velvet Underground and Arcade Fire to Miley Cyrus and Drake. And when I’m making canvases, I watch The OC like everyone else.

I have an ever-growing collection of works given to me by friends and family. I have drawing my grandmother did of a hayloft in light pencil. It’s not only a beautiful piece, it also reminds me of my past and the people who have influenced me.

My freshman year of undergrad, I took a class on William Maxwell, the former fiction editor of the New Yorker. His work made me want to be a painter. His writing is efficient, saying no more than what’s needed, yet still it packs a punch. He taught me to exercise restraint. Incidentally, I failed the class, but damn if it didn’t teach me how to read and as an extension, how to paint.

Works for sale by Charlotte Lethbridge 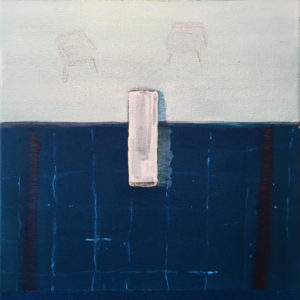 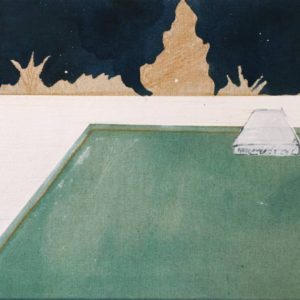 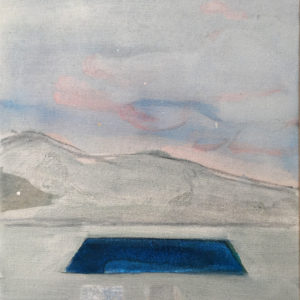 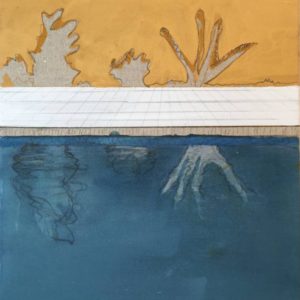 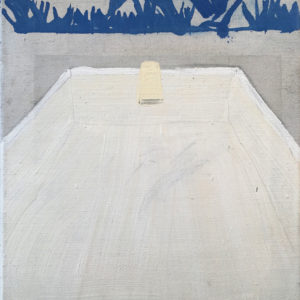