Ben Edmunds in an emerging artist living and working in London. He received a BA with Honors in Painting at the Wimbledon College of Art and will pursue an MA in Painting at the Royal College of Art this year. Ben is concerned with the materiality and process of painting itself. His abstract works are the final product of a digital process of rearranging and editing forms in an effort to lay bare the space between the many layers that make up an otherwise two-dimensional painting.

Ben has been shortlisted for the Prunella Clough Scholarship and was a runner up for the East Anglia Schools Portrait Prize. His works have been featured in the Made in Arts London Collection, and he has participated in several exhibitions in Europe. Most recently, he had a solo show titled Ludo at the Front Room in London, and had his work featured in the Hans Brinker Prize exhibition in Amsterdam.

I’m always juggling lots of different things in my work, but I suppose one of my main interests is the procedure of painting itself. I say procedure because my way of working is actually quite careful and calculated, given the playfulness of the work. I make a lot of studies on paper or on my iPad before making paintings and this is where the decision-making often happens. The paintings are then able to be relatively unlabored and have a light touch.

Recently I’ve also been thinking about the spaces between the layers of a painting. A lot of the work that goes into a painting is ultimately covered up by the last layer; I suppose I’m trying to find a way to access or at least allude to that concealed information.

Behind it all though is a love for materials, processes and arrangement. Making a painting is such an exciting thing to do, and I hope that comes across in the work.

Probably to allow the paintings to become something more than the drawings. Sometimes if you follow the plan too closely, the painting becomes a sort of shadow. I’m still learning to listen to the painting and let it govern itself when necessary, which is a difficult but important thing to do.

Also – as obvious as it sounds – to keep up the momentum and always be making something.

Generally with music, when things are going well. But if the painting’s behaving badly then it has to be silence.

Dry The Rain by The Beta Band

I assume we’re not talking art books here, so probably Don Paterson comes to mind first. At the moment I’m reading Pond by Claire-Louise Bennett and it’s brilliant so far. Her descriptions of landscapes are really inspiring; it’s very easy to be seduced into her little world.

Works for sale by Ben Edmunds 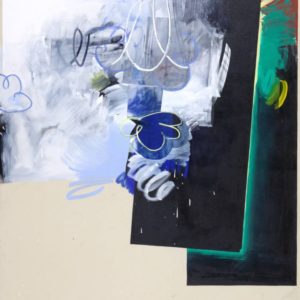 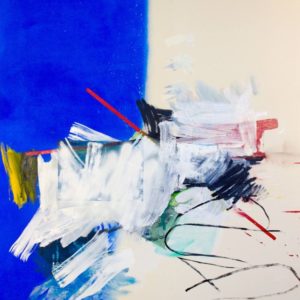 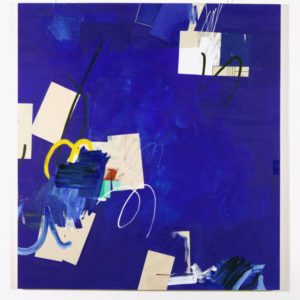 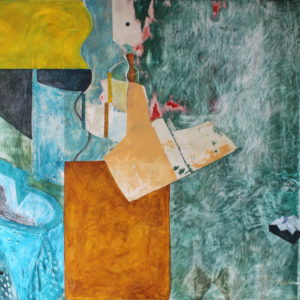 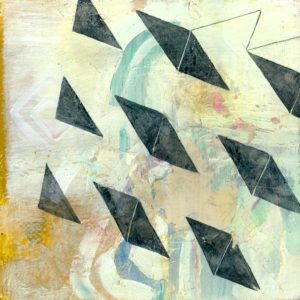