Adam Robinson breathes new life into vintage ephemera. Scouring flea markets, thrift shops, and the internet for postcards, magazines, and even board games, he meticulously deconstructs and rearranges these objects into a clean and polished final composition. This process of collecting, vibrant colors, and repetition are at the center of his practice. Adam is mainly interested in objects from the 1930s through the 1970s for their personal ties to his family and their design elements, created before the digital era. These historical objects, transformed for a contemporary audience, evoke nostalgia.

Adam was born and raised in Sydney and now lives in London. He has a B.A. in Theatre Design and previously worked in television as an Art Director. He has exhibited his works in the United Kingdom and the United States, most recently at The Other Art Fair, New York, presented by Saatchi Art.

Nostalgia, memory and history are the main themes of my work. I love the notion of bringing discarded objects from the past back into the present, in an altered state, for a contemporary audience.

Artefacts from the 1930’s to the early 1970’s have a familiarity and appeal to me despite not growing up through those eras. I suppose it’s because they are connected to the previous generations of my parents and grandparents.

Color and repetition feature strongly in my work and the processes of collecting and arranging are other important factors – why and what motivates a person to collect is fascinating to me.

As a child, I remember seeing an Australian bowerbird arranging blue objects within its nest and those memories have certainly influenced me. In fact, my very first artwork consisted of an arrangement of small found colorful items collected on the streets of Sydney, so the concept of collecting and arranging of discarded objects has appealed to me from an early age.

I’m drawn to the colors, style, and graphical images from one or two generations prior to my own. I find especially appealing the fact that these designs were created and produced before the introduction of more precise digital processes.

I also find the texture and general wear and tear of these older materials incredibly satisfying: you can literally see and feel the history of each object evident in the marks, bends, and fading.

The biggest change has been directly related to my move from Sydney to London. I used to forage the streets of Sydney for discarded items of furniture and other household objects to turn into artworks, but after moving to London I became more interested in the items to be found at the many flea markets and car boot sales in Europe.

I’m now drawn to smaller and more delicate paper-based objects in particular. Paper and card can be manipulated in fun and interesting ways, bringing with them more flexibility and options for contemporary interventions.

An unexpected and positive side effect of switching materials is that I can greatly reduce the size of my studio space: by and large I can assemble my pieces on a desk rather than take up a whole room.

The first part of my process involves scouring flea markets, charity stores, and online outlets for materials. The time needed for finding everything for a piece is varied: sometimes I’m lucky and find all the objects I need in one place; on other occasions, it has taken several months.

I’ll then spend time thinking about how I will alter and arrange my finds. After sketching the pattern or layout I want to achieve, the construction process usually takes a few days to a week.

It’s hard to describe the exact moment I know that one of my works is finished: my works feel naked without a frame so it’s possibly after my trip to collect them from the framers because the frame itself acts as a final component of the work.

Who are some of your favorite artists and why?

I love the way John Stezaker, Julie Cockburn, and Michael Johansson all use found or discarded objects and present them in incredibly clever and contemporary ways. Also Australian artists Colin Lanceley and Rosalie Gascoigne’s expertise in color and texture, as well as their use of found objects, still influence me greatly.

I generally work in silence during the more creative phases because background music is sometimes too much of a distraction. However, I’m a sucker for mainstream pop of yesteryear (The Beatles, Elton John, Fleetwood Mac, Hall & Oates, Split Enz, etc) so I may listen to music for some of the more monotonous tasks in my work.

Works for Sale by Adam Robinson 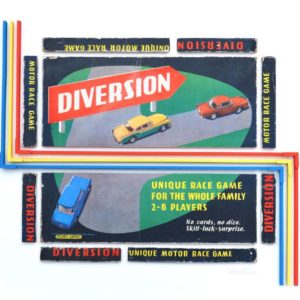 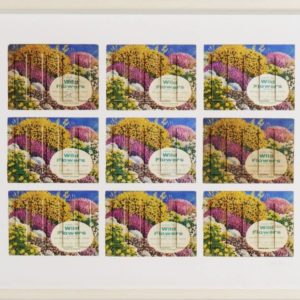 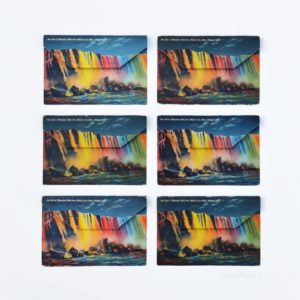 East Side of Horseshoe Falls 850 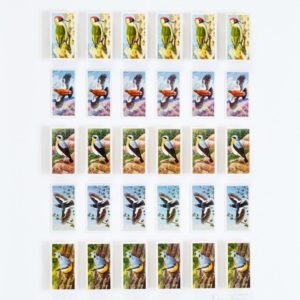 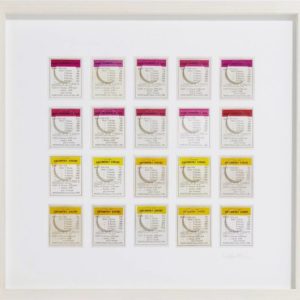