Adam Norgaard is an emerging artist currently living and working in Tokyo, Japan. He studied painting and printmaking at the Academy of Art University’s School of Fine Art. Adam is concerned with a feeling of otherness in his works, stemming from his own experiences while living abroad. He composes uncanny scenes in his paintings, which are characterized by flat, repetitive patterns and an imaginative use of color, to allow viewers to experience a new, otherworldly reality of their own.

Adam’s works are currently being exhibited at the Nagoya Project in Tokushima City, Japan, and he previously had a solo show at The Energy Bar in Portland, Oregon, United States.

Accumulation is a major theme that began this year. I began to paint some repetitive floral patterns earlier this year and continued my red algae series. The repetition of a continual pattern became like a meditation which was driven out of necessity due to many transitions in my  life recently.

I depict figures in my paintings as being “othered”. Perhaps from experience living abroad.

I’m interested in directing viewers to an imaginative and uncanny world.

Be authentic with my practice and continue experimenting throughout my career. Try not to be a one-trick pony.

I generally prefer to work with music. It has the power to alter my mood and outlook on my work, giving me the freedom to see my work from a different perspective. Music can help me stay motivated during the more laborious stages of the painting.

My first painting that I did as a child. It’s a reminder to me of my development as an artist and the imaginative nature of children that I never want to lose.

Works for sale by Adam Norgaard 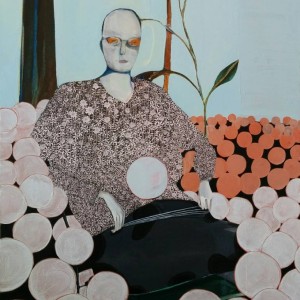 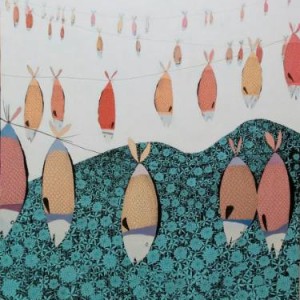 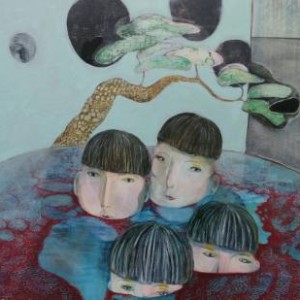 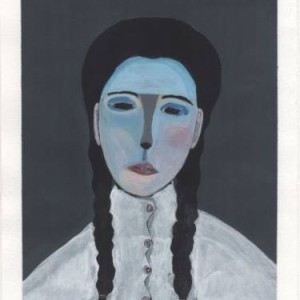 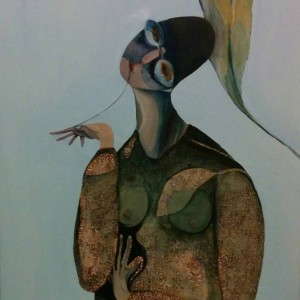