I keep rearranging my work process, so preparation is really important. A process that is constantly changing implies focus and a clear definition of what the imagery represents. The themes in my body of work vary somewhat, but challenging the heteronormative perspective has always been a central concern. I am quite uncomfortable with conventional truth, especially the issue of gender conformity. Take Mulvey’s ‘male gaze’ theory, for example…The people in my paintings, especially the nudes, strive to represent a beauty that exists beyond the subjective views. My female nudes are comfortable in their skin and do not depend on any kind of male presence, behind the camera lens or in the background. This is the reason behind all the magic furry animals in “Lions and Monkeys” and “Garden” series, as they represent a view that doesn’t have anything to do with the male gaze or any kind of dominant perspective.

There is so much bias in art. I experience it quite often. My name is Iva, which is one letter short of Ivan. People that browse without looking properly often assume that my name is misspelled, because of the subject matter and the way I paint. That’s not even strange. I didn’t know that female Renaissance artists existed until I run across Artemisia Gentileschi.

I should probably mention my collaborations in this context. Some of these projects, such as my collaboration with John Paul Bichard in particular, have exceeded my expectations and have become quite central to my creative process. A lot of people seem to think that what’s in their own heads is so important. What comes out of you isn’t the whole story. It is a collective effort really, and we can’t allow ourselves to be egocentric about it.  It is important to keep track of your ego when you are building a body of work. There are too many artists out there who see themselves as isolated phenomena. Artists who build brand empires around their own ego contribute very little to the growth of humanity, no matter how clever their art is.

Not knowing where the journey ends is ok if you know where it starts. Also that being an artist is not about drawing and painting pretty pictures, artists are ”messengers” and ”eye-openers” and should take their job seriously. These words were frequently spoken by my grandmother, a woman with no more than three years of institutionalized education, who read everything that presented an opinion that couldn’t be labeled or a view that wasn’t conventional. She spoke of wabi-sabi, not knowing exactly where it came from or what kind of traditions it represented. She agreed with the concept because she believed in beauty that is incomplete and imperfect. I had no clue that these ideas represented a very Japanese view of beauty that I was later going to adopt.

Music. I have a soundtrack for everything I do and every person that enters my life. I don’t usually rely on music I already have or know. You would often find me painting away in my pajamas and kimono listening to music made by 19-year olds like Mura Masa.

This constant need to adapt and update has a lot to do with growing up in a communist country before the collapse of Soviet and before the Internet. One has to understand that we grew up in a bubble. Very little current music and art was permitted in the country as it was considered ”ideologically damaging”. The trick was to befriend people with access, such as artists that had exhibits abroad or musicians that played in other countries and were able to smuggle records in their bags.

Music has influenced my art quite a lot. It has something to do with being a highly creative individual and having issues with filtering. Music is all about pattern recognition and organized thinking, so it helps me focus my thoughts. I tend to listen to a lot of electronic music, but also Sakamoto, Bibio and similar. Techno is great when I am painting the last layers on something. That is when I dot the i’s and cross the t’s, so to speak, and techno music is so mathematically clear in its aesthetics, it removes all the clutter from my brain.

That is really easy to answer, and I bet a lot of people reading my answer will be nodding. Almost anything by William-Adolphe Bouguereau would do, but there is one painting in particular that I can never take my eyes off – After The Bath (1894). This painting is like a living thing that invades my body… in a good way. There is something with the woman’s face that I always respond emotionally to. Her face resembles mine. It is not only that, though. It is more about the context of it. The painting is called After The Bath, but it says a lot more if you look at it with unbiased eyes. It looks almost like she is stopping to rest her body in a middle of a long journey.

I did a series of paintings called ”Embrace” and while I was preparing and sketching, I had some photographs taken where the models did poses from famous Bouguereau paintings. A friend of mine suggested, jokingly of course, that I am somewhat cowardly for always remaining ”behind the curtains,” pointing to the fact that I’ve never done a self-portrait. I responded by painting a series of self-portraits in the nude without telling anyone. This is the first time that I have told anyone about this, nobody knows, not even my agent. One of the figures was in profile and that’s when I saw the resemblance. If you look at the ”Lions & Monkeys” series including Swan Daughter you would see what I mean.

Books participate in my everyday life just as much as music does. I do about four things at the same time when I’m left to my own devices: I listen to music, while occasionally casting an eye on some of the books that lie around my living room, while painting and drinking mad amounts of coffee and tea. I am loving Mo Yan right now. His book, The Garlic Ballads, is so poetic and vividly brutal at the same time, I feel every word bouncing off my brain leaving a mark and sometimes a much-appreciated scar.

I love science fiction and graphic novels. Douglas Adams is a definite favorite. Good contemporary fiction such as Douglas Coupland’s is also a must. I am pretty sure that Girlfriend In A Coma is in my suitcase ready for the road.

Something I’ve really enjoyed lately is the possibility to tap into freshly written material. Some of my closest friends are writers. Lempi Li is one that I particularly like. I get to read her novels as she writes them and they are often about art or people who regard art as a central concept in their lives. Li is a great cook so I get to cozy up on the sofa, read her captivating novels and enjoy a great meal afterwards. Life is good.

Works for sale by Iva Troj 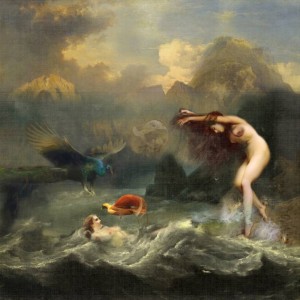 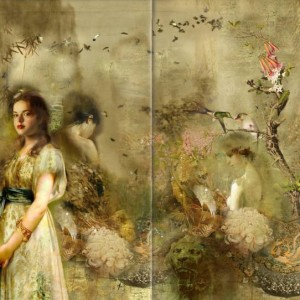 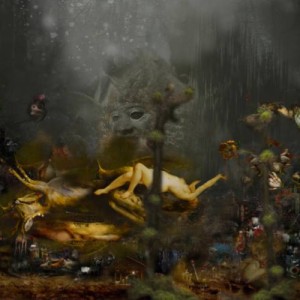 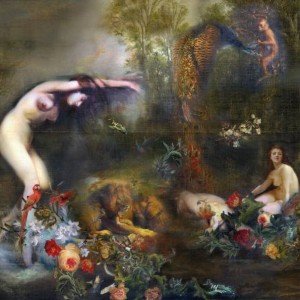 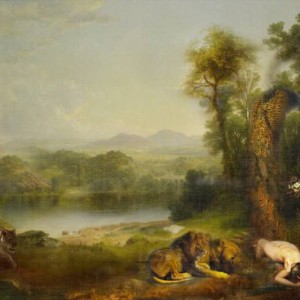