Saatchi Art is proud to present Girls and Guise, a solo show by American artist, Lisa Krannichfeld. This body of work presents figures of women by a woman, inverting a narrative in art that is often told by men. This series of strident, faceless compositions place women in positions of power and surrounded by undomesticated animals and bold designs. A play on words, Girls and Guise references both the subversion of the traditional male narrative of the female gender, and the heavy emphasis of the patterned clothing in the pieces. 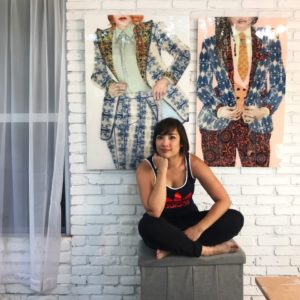 “The figures that I create draw attention to their poses. They’re very aggressive, strong, and confrontational, which women are not depicted as most often. I like to think of them as beings that have wants and desires and goals, and use their body language to tell those stories.” — Lisa Krannichfeld 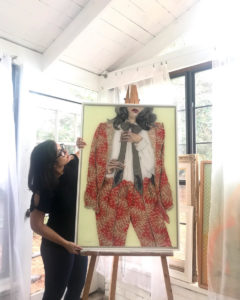 Her technique of creatively unifying traditional Chinese ink and watercolor materials illustrates the influence of the intermixing of her two different cultures – growing up in Arkansas with a Chinese identity. By employing her unorthodox materials in an unrestrained manner, Lisa emphasizes the symbolic rebellion depicted in Girls and Guise. Refuting the male narrative of the female experience, Lisa challenges the conventional portrayals of women being passive subjects by portraying women subjects with defiant poses and expressions. The symbolic nature of the animal-infused pattern clothing and the intentional hand gestures represent women’s ability to redefine these perspectives and to create their own narratives. 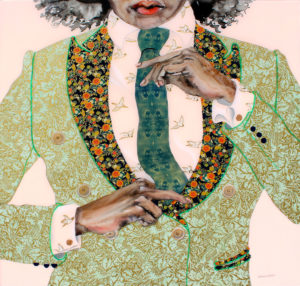 Lisa Krannichfeld received her BA in Studio Art and Biology at Colorado College. Afterward, she pursued a Masters in Education at the University of Arkansas at Little Rock. In 2018, Krannichfeld won the Grand Award in the 60th Annual Delta Exhibition at the Arkansas Arts Center, and exhibited at the Coagula Curatorial Gallery in Los Angeles. She was named “One to Watch” by Saatchi Art, and a “Woman to Watch” in Soiree Magazine. Her work has been featured in Anthropologie, and can be found in private collections around the world. Currently, she is represented by the M2 Gallery in Arkansas, Retrospect Galleries in Australia, and Saatchi Art with worldwide shipping. 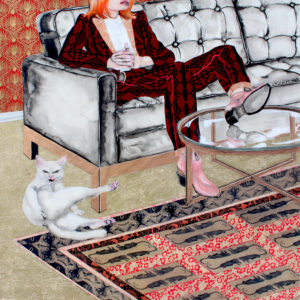 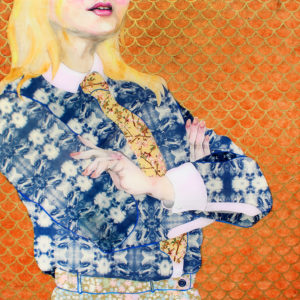 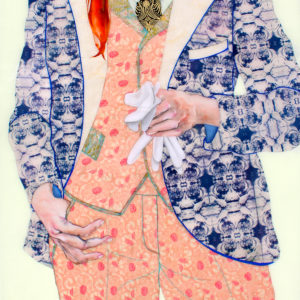 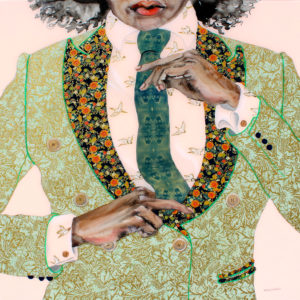