Often graffiti is seen as a sign of a depressed, undesirable neighborhood. But in Miami, developer and preservationist Tony Goldman had the opposite idea. Goldman believed that street art could help transform the wasteland of warehouses in Miami’s Wynwood area into a vibrant destination. “I’ve learned over the years that you truly need big ideas that differentiate one neighborhood from another,” Goldman says in Here Comes the Neighborhood, his Vimeo series documenting Wynwood’s reinvention. “Most neighborhoods, they need a center; they need a Main Street.” The town center he envisioned for Wynwood was unlike any other.

Goldman, who died in 2012 at age 68, led the charge to transform the dumpy parking lots between industrial buildings into courtyard gardens surrounded by giant artworks. He invited the best street artists from around the world, many of whom had never been to the U.S., to create large-scale works on the warehouses’ vast windowless walls.

The area became a large outdoor museum, and almost immediately people began coming in droves to see it. The artwork quickly spread to the once-desolate surrounding blocks. The former wasteland is now a thriving arts district and a developing community.

As you enter the neighborhood today, you start to notice street art on the walls of almost every building. In the bright Miami sunlight, bold colors burst off the walls — after they draw the eye, it’s hard to look away.

Let’s back up and enter the town center, an outdoor museum where it all began. Now it’s a vibrant courtyard garden full of artwork. This long colorful wall in the middle of the garden is by El Seed. Raised in France by Tunisian parents, he started learning Arabic at 18. His pieces incorporate Arabic calligraphy and street art in a style he calls “calligraffiti.” El Seed presented a wonderful Ted Talk where you can learn more about his work around the world.

This wall is instantly recognizable to those familiar with the work of Maya Hayuk, an artist based in Brooklyn, New York. Her colorful geometric wall was a big favorite for selfie takers; I had to wait a long time to capture this people-less shot. (The people-watching wait wound up being part of the fun of the place, and that’s coming from someone who complains a lot about the idea of selfies and selfie sticks, so you know it was good.)

Add a Pop of Color Outdoors With These Patio Umbrellas

This piece is by the Brooklyn artist known as Crash (Image: Houzz)

Though many of the artists came from around the world, you get the impression that Miami had an influence on a lot of it. Perhaps it’s because, as Goldman noted, Miami was already a “home-baked international community” before he brought in the international artists.

The fearless choices of such bright, bold colors like the hot pinks, deep blues, powerful purples and sunny yellows are enhanced even more by the light of the city. The green softness and forms of the trees around the site offer lovely contrasts and complements, depending on the pieces.

“You can’t sell these murals. They’re just on the walls, and they’re not forever, and it’s a way of reaching people, you know, in a big way,” artist Kenny Scharf, also known as O.G., says in the Vimeo series. His creatures are instantly recognizable.

The walls brought together some artists for the first time and reunited others who’d known each other for decades.

This work is by Into, a Chilean street artist. (Image: Houzz)

While Goldman wanted to bring the art to the neighborhood to lift it up, he wasn’t interested in erasing the grit. Cruddy pavement meets clipped grass; palm trees shade big old tires that recall the condition the site was in before.

The German artist known as Case created this mural on the exterior of the indoor gallery that forms one end of the garden.

Just outside but within view of the Wynwood garden, Elisabetta Fantone created mug shots of Jean-Michel Basquiat and Andy Warhol, charging them with crimes against art. Both were integral in bringing graffiti to the forefront of the art world, transforming outsiders into commercialized insiders. There are interesting conversations about illegal graffiti versus this type of organized street art, and the commercialization of both.

The thing that was exciting for a street art layperson like me was that I started to recognize work from the artists in other places around the city.

You’ll see the artists at work at Wynwood too. Since most of the walls are assigned and organized, it’s not exactly like catching Banksy in the act, but it is neat to see the works in progress.

The Wynwood Walls neighborhood has also inspired collaborations. Los Angeles-based artists Cleon Peterson and Shepard Fairey teamed up for the first time to create this mural about a block away from the garden.

Around every corner there were big and little surprises.

Goldman passed away in 2012, but his legacy lives on — artists from around the world continue to transform the walls of Wynwood, and the neighborhood is described in real estate listings as “RED HOT.” If you find yourself in Miami, I highly recommend a visit; if Miami isn’t in your future plans, check out Here Comes the Neighborhood — it’s well-produced and fascinating. 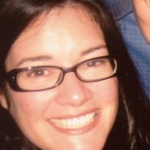 Becky currently lives in a 1920s cottage in Atlanta that she describes as "collected." Becky got into design via Landscape Architecture, which she studied at the University of Virginia. Becky has been writing about design online for quite a few years over at Hatch: The Design Public Blog. 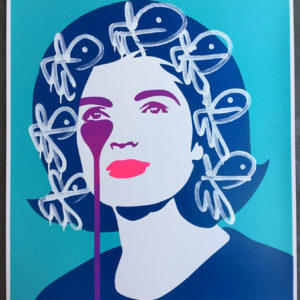 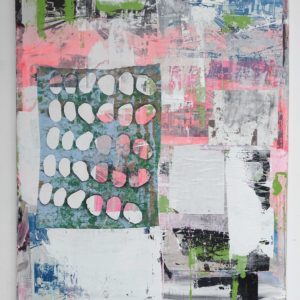 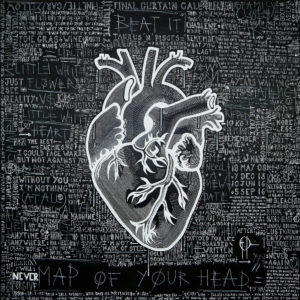 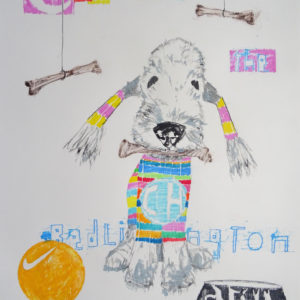 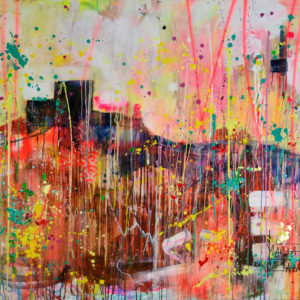 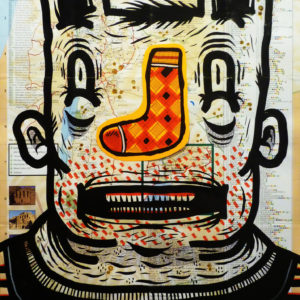 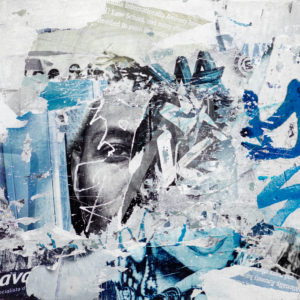