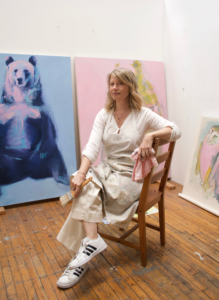 If the prehistoric cave paintings at Lascaux are any indication, artists have long expressed their affinities and fascinations with animals through paint. Kim Kimbro continues in this lineage with life-sized paintings of expressive animals, through which she captures the human experiences of memory, emotion, and mortality. On her primary subject matter, Kim says that animals are “cyphers that stand in for the way we are—corruptible and faithful, fickle and steadfast.” Often painted in subdued yet unexpected colors, Kim’s creatures convey startling complexity and depth, inviting the viewer to piece together their own narratives surrounding the poignant figures. 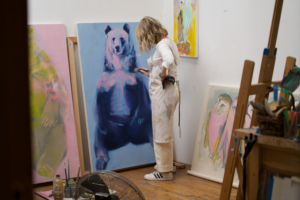 Kim holds a BFA from Parsons School of Design in New York, and she exhibits her work frequently in Los Angeles, where she now lives and works. She has been featured in such notable publications as Whitehot Magazine of Contemporary Art and Artillery. Kim’s paintings are held in collections throughout the United States, Europe, and Australia.

Works for sale by Kim 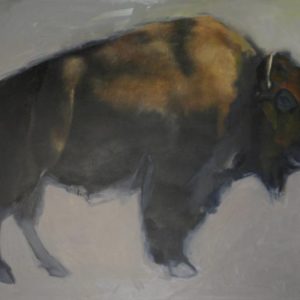 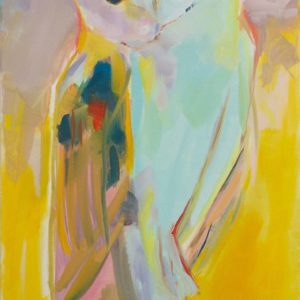 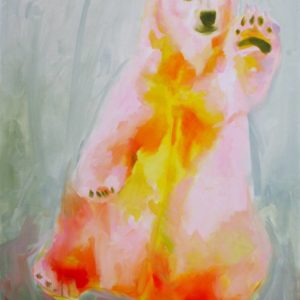 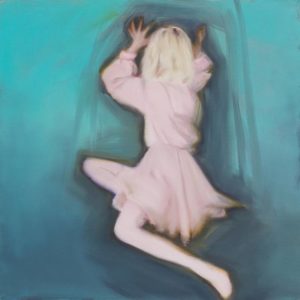 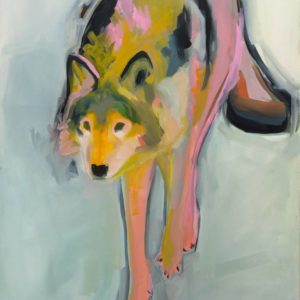