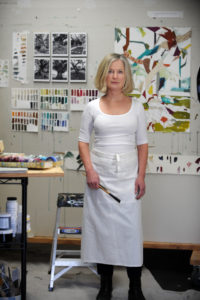 Combining collage, drawing, and painting techniques, Jill Lear explores the geometry and geography of nature while inviting viewers to contemplate the act of looking itself. Jill begins each of her works with a single tree in a specific location–often referenced with titles named after the tree’s exact latitude and longitude. She then deconstructs each particular locale through sparse mark making and careful delineation of positive and negative space. Her guiding aesthetic principle is “spontaneity within structure”—Jill uses a grid to map her compositions, then intuitively applies color and bits of scrap origami paper to accentuate certain forms. The resulting works are both analytical and sentimental, spurring viewers to consider their orientation to place as something that is both organic and socially constructed. 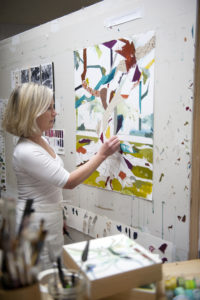 Jill studied at the New York Studio School and holds degrees from Southern Methodist University and The Chambre Syndicale of Haute Couture in Paris. In 2018, she received First Prize at the Long Beach Island Foundation’s 2018 National Juried Competition for works on paper, and she has exhibited her work in solo and group shows in New York, Seattle, Houston, and San Francisco. In 2015, Jill published Witness Trees of Texas, a book of drawings documenting the hundred-to-thousand-year-old live-oak trees across the Texas landscape. In her most recent body of work, “Urban Sprawl: Trees in Cities,” Jill explores the vital role of trees within manmade environments.

Works for sale by Jill 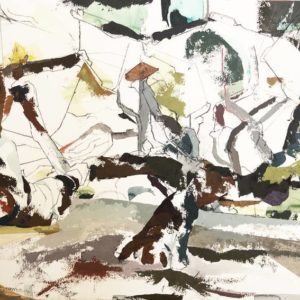 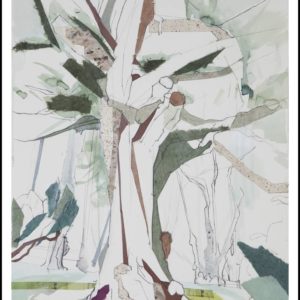 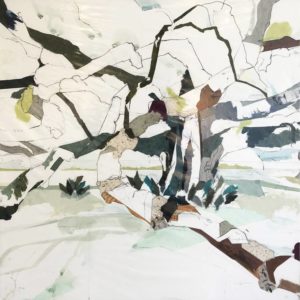 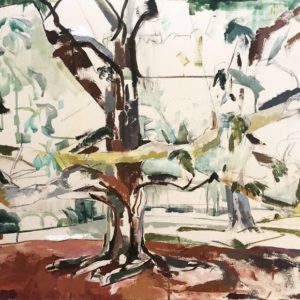 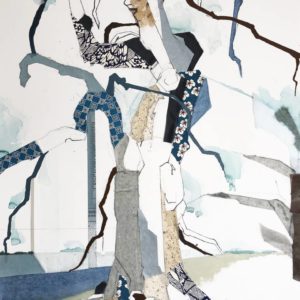