Who Was Egon Schiele?

Egon Schiele was an Austrian figurative painter and draughtsman whose life and career was marked with tragedy and controversy. Producing over 3,000 drawings in his short career, his illustrative style is evident in his paintings through his use of bold, graphic lines and emphasis on contour. His work is known for the unsettling and often grotesquely distorted figures he painted, choosing to express the internal anguish of his subjects through their physical forms instead. A protegé of Gustav Klimt, Egon’s work left a lasting impact on the artists of the Modern Figurative, Expressionist and Neo-Expressionist movements.

Egon was born in Tulln an der Donau, Austria in 1890. His father was the Tulln Station Master, and Egon spent his early days drafting intricate drawings of trains while visiting his father, Adolf, at work. Adolf encouraged Egon’s talents from a young age, and his death in 1905 hit at a formative time in Egon’s youth, impacting him deeply. It is speculated that this tragedy acted as a catalyst for the artist’s growing fascination with psychological turmoil and mortality.

At the age of 16, Egon was the youngest student ever to be accepted to the Vienna Academy of Art. After three years, Egon left the Academy, dissatisfied by the institutions conservative teachings, and formed the Neuekunstgruppe alongside fellow classmates Oskar Kokoschka and Max Oppenheimer. Their disruptive works represented a break from established artistic thought of the day.

In 1907, Egon met Gustav Klimt, who, impressed by the young artist’s talent, took Egon under his wing and introduced him to many influential artists of the time. The two worked closely together — Gustav’s obsession with the female form and Art Nouveau style is recognizable in some of Egon’s early works. Later works prove quite the opposite: use of a sombre palette and distorted figures are seen as a rejection of Gustav. Gustav himself features as a subject in one of Egon’s famous works, The Hermits, which has been interpreted as representing Egon (on the left) overtaking Gustav (on the right): a surpassing of the master by the apprentice.

Egon’s sister Gertrude, was one of his earliest and most recurring subjects. Egon’s studio became a safe-haven and hangout for many local children, and consequently, many of his early works featured youth subjects. This was a notorious point of controversy in the artist’s life: in 1912 Schiele was arrested and imprisoned for seducing a young girl. He was acquitted the same year, but due to the trauma of the event and time spent in prison, Egon almost never painted children again.

In 1915, Egon married Edith Harms, and 5 days later was conscripted into the army. During his time abroad, the artist experimented with painting towns and landscapes. His most expensive work ever sold at auction was Houses with Laundry (suburb II) (1914), an oil on canvas which sold for £24,700,000 at Sotheby’s in 2011.

Upon returning to Vienna after the war in 1917, Egon began working as a full time artist. His wife, Edith, was a favorite subject of his. In what almost seems an ironic twist of fate, the man obsessed with death and suffering, died himself very tragically of the Spanish flu on October 31st, 1918 in Vienna, 3 days after his wife and unborn child died of the same illness. In his last days, Schiele produced a number of sketches of his late wife. He died on the verge of commercial success, which had eluded him for much of his life. The Leopold Museum in Vienna is now home to the largest Egon collection in the world. 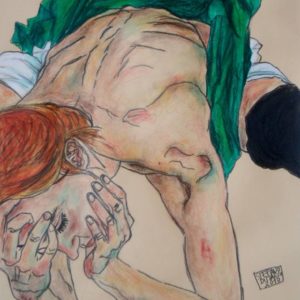 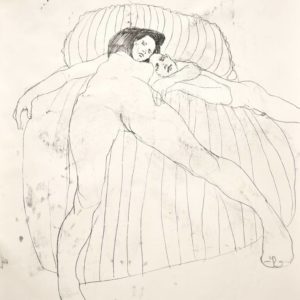 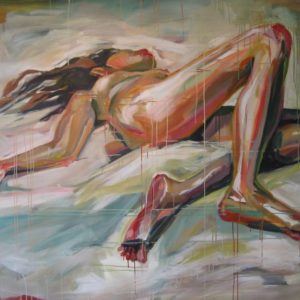 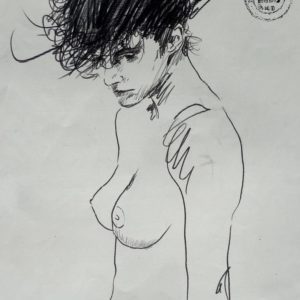 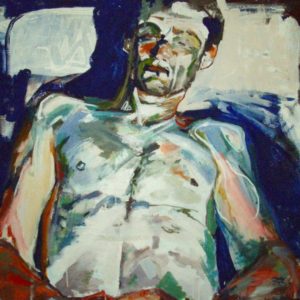 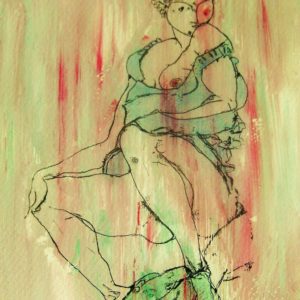 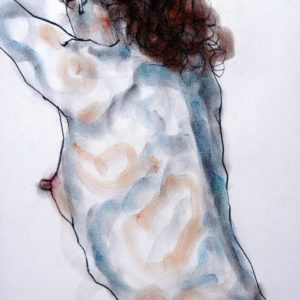 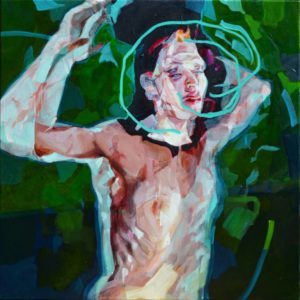 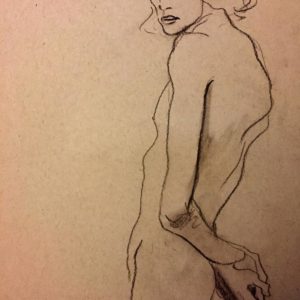 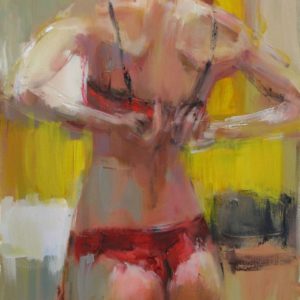 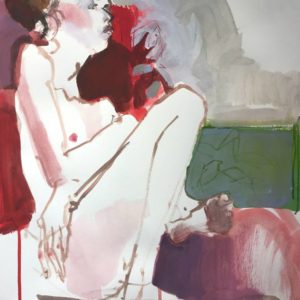