From a Curator: Why I Love Cy Twombly

In his paintings, Cy Twombly charges each of his images and words with an enigmatic power. Through repetition, each flowling gesture is earnestly felt and compelling. Due to its monumental scale, each color is amplified consuming an entire view. At times his works are incomprehensible, while others have a degree of lyricism that can be easily followed. His techniques were both nuanced and complicated. Many contradictions arose within Twombly’s artworks. Because of these contradictions, his works could influence an array of emotions, which for me, is why I love Cy Twombly.

Twombly was drafted into the US Army in 1954, where he would work as cryptographer in Washington D.C. This experience would later influence his painting style of long circular lines which often looked like script. In his blackboard series and his later works just before his death in 2011, circular motions would fill entire canvases. The movements were smooth and effortless. Although seemingly simple, Twombly had to employee an unusual technique in order to achieve his fluid lines: he sat on the shoulders of a friend, who would scurry across the length of the canvas.

His earlier works of this kind were white curving lines scribbled atop of dark backgrounds, the concluding imagery was reminiscent of chalk writings on a blackboard. Throughout his career, Twombly would return to his motif and modify his techniques. By the 2000s, Twombly’s gesture was more purposeful and more pronounced. His scrawlings were now bold lines of color with heavy applications of paint causing drips down the length of the canvas.

Another of his later works, Twombly’s floral blossoms expanded from his revisiting of his circular gestures.

“The past is a springboard for me … ancient things are new things. Everything lives in the moment, that’s the only time it can live, but its influence can go on forever.”

More forceful in color than anything previous, his blossoms were created in manner that the flowers were both flourishing and wither at simultaneously. Oftentimes the flowers were depicted  in a row, while some were completely saturated in color, as if appearing in bloom, others contained negative space as if it were wilting.

Twombly’s simple gestures allowed for constant reinvention. His lines and movement were immediate and of the present. Like his inspiration of the past, his works were created at a certain point in time but its influence will continue into the future. 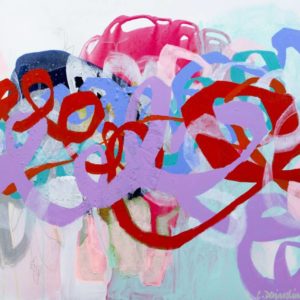 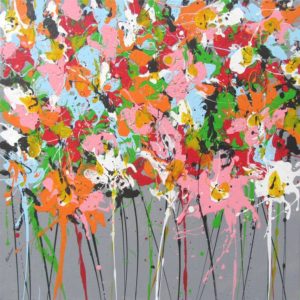 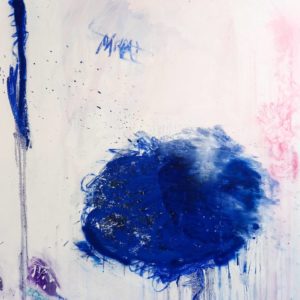 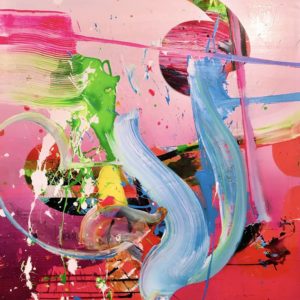 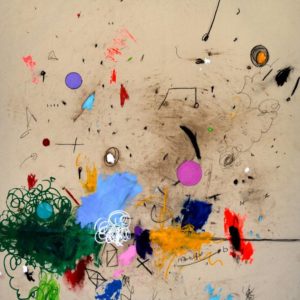 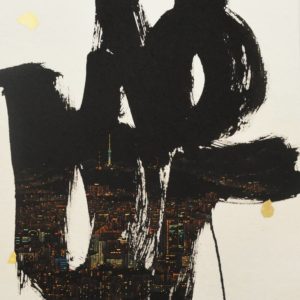 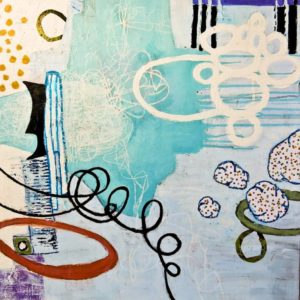 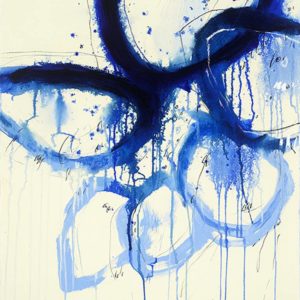 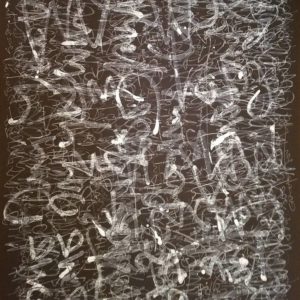